An advocacy group is calling for Kent County to end its contract with immigration officials. 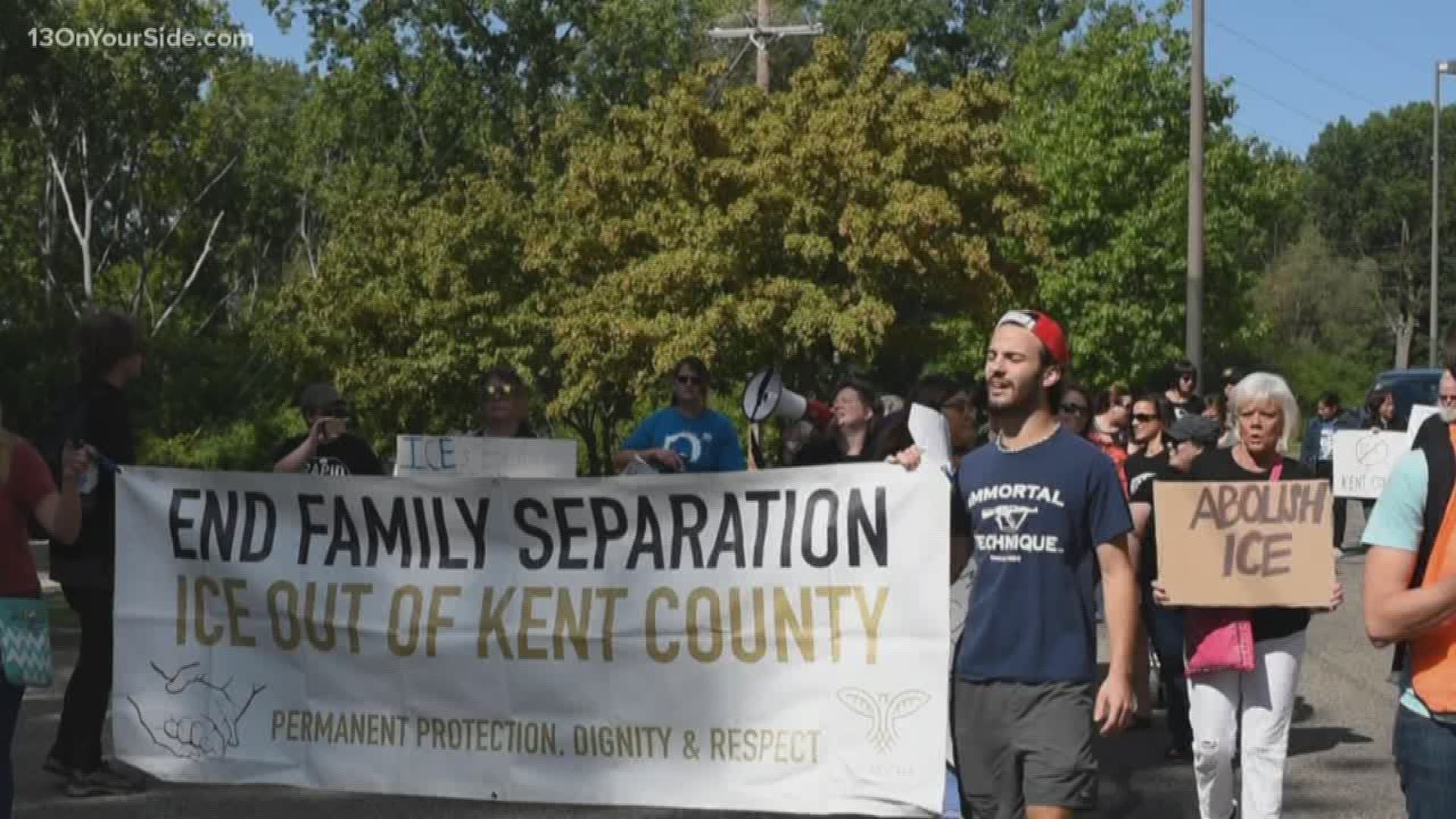 GRAND RAPIDS, Mich. — Saturday morning, a group of about 50 protesters were the Kent County Jail demanding the county ends its contract with ICE.

The county jail currently holds detainees for immigration officials. But Kent County revised their policy in January of this year, and will now only hold detainees if a federal judge has signed off on the arrest.

The organizers of the protest said that was a victory, but it isn't enough.

"We always knew that an end to administrative holds was not a true end to the contract," said a letter GR Rapid Response to ICE gave to the Kent County Sheriff.

Organizers of the protest said ICE works around the county's policy changes.

According to data from the Transactional Records Access Clearinghouse (TRAC), Kent County has detained 2,435 people on behalf of ICE since the early 2000s—more than any other county in the state of Michigan.

The data also shows 264 people have been detained in Kent County in 2019.

The Kent County Board of Commissioner's Office has a fact sheet online that explains the contract with ICE. It says that the contract provides reimbursements for housing detainees for immigration officials and it limits the length of stay to 72 hours.

The fact sheet also says, "the Sheriff’s Department does not arrest people because of their immigration status."

The protest was organized by GR Rapid Response to ICE and Movimiento Cosecha GR. The groups say the county's contract with ICE ends on Sept. 30, and they are demanding that it should not be renewed.

Here is the letter the group taped to the Kent County Sheriff's Office administrative office: 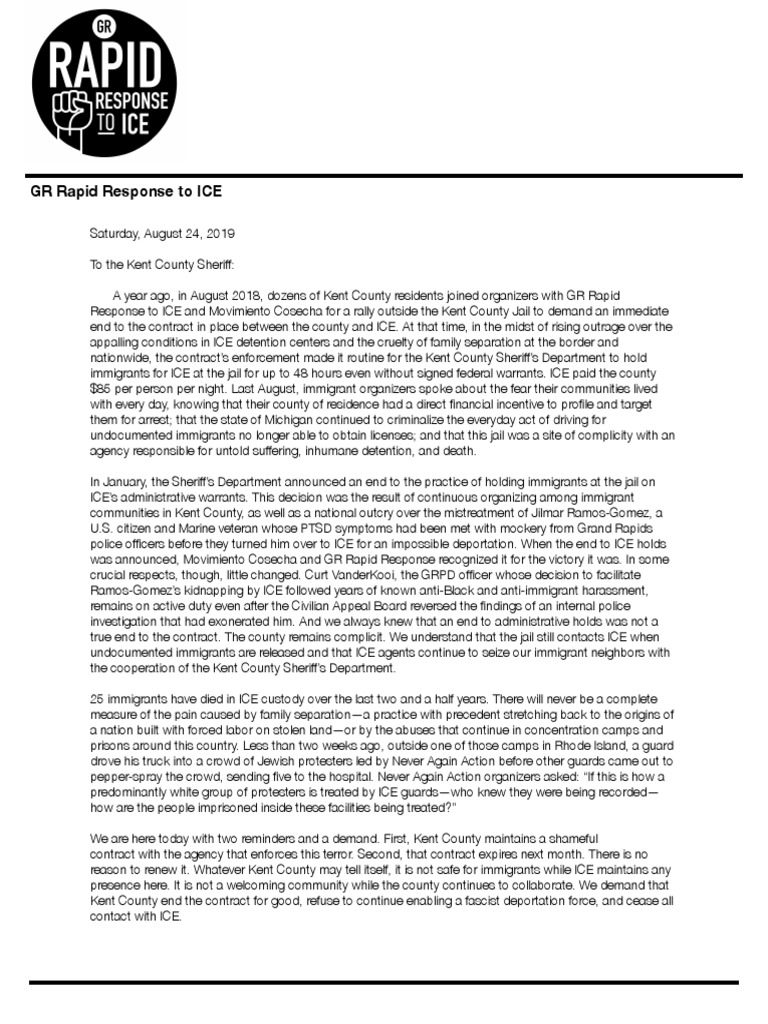 Advocacy group writes letter to Kent County Sheriff's Office | Prison | Sheriffs In The United States
A year ago, in August 2018, dozens of Kent County residents joined organizers with GR Rapid Response to ICE and Movimiento Cosecha for a rally outside the Kent County Jail to demand an immediate end to the contract in place between the county and ICE.