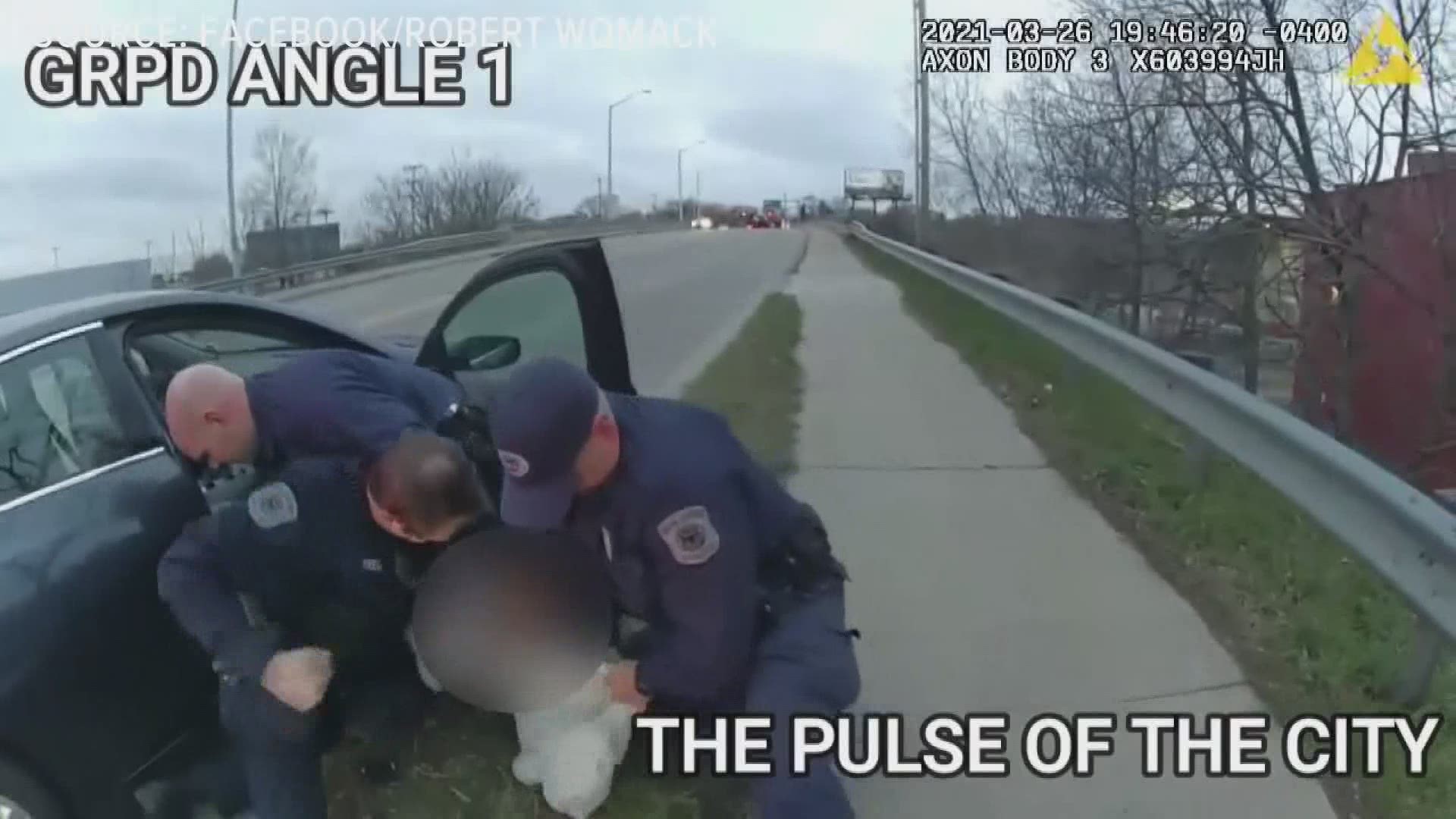 The Grand Rapids Police Department has released four videos regarding a March 2021 traffic stop that resulted in an officer punching a man multiple times.

Chief Eric Payne said he wanted to "provide the full context for the encounter," in a press release regarding the video.

"The conversation around the limited footage that is publicly available is unfortunately lacking critical details and information," Payne said in a statement.

Three people were arrested as a result of the stop that originated due to a littering. An attorney for one of the men says the stop was a case of racial profiling and excessive force.

Tyrone Bynum said his client Diabate Hood, 20, was not resisting, as an officer repeatedly punched him in the face. Police say he was attempting to disarm an officer.

Clips of the body camera video circulated widely on social medial last week. County Commissioner Robert S. Womack posted some bodycam footage to his Facebook page last Wednesday. Payne issued a response shortly after saying in part, "this is the police work that I expect from my personnel."

"I am very sympathetic to the fact that the use of force by police officers, in any manner, can be disturbing for the public to see," Chief Payne said. "I also feel very strongly that my officers exhibit tremendous discretion in determining when force is required, and that they use the verbal commands and de-escalation techniques they have been trained on before resorting to physical engagement or other use of force."

The videos being released on the GRPD's Facebook page include bodycam footage from Officers Kotecki, Reed, McCamman's and Sale's. The language and images in the videos may be disturbing to some.

Chief Payne had already ordered the Internal Affairs Unit to conduct a complete administrative review of the encounter. 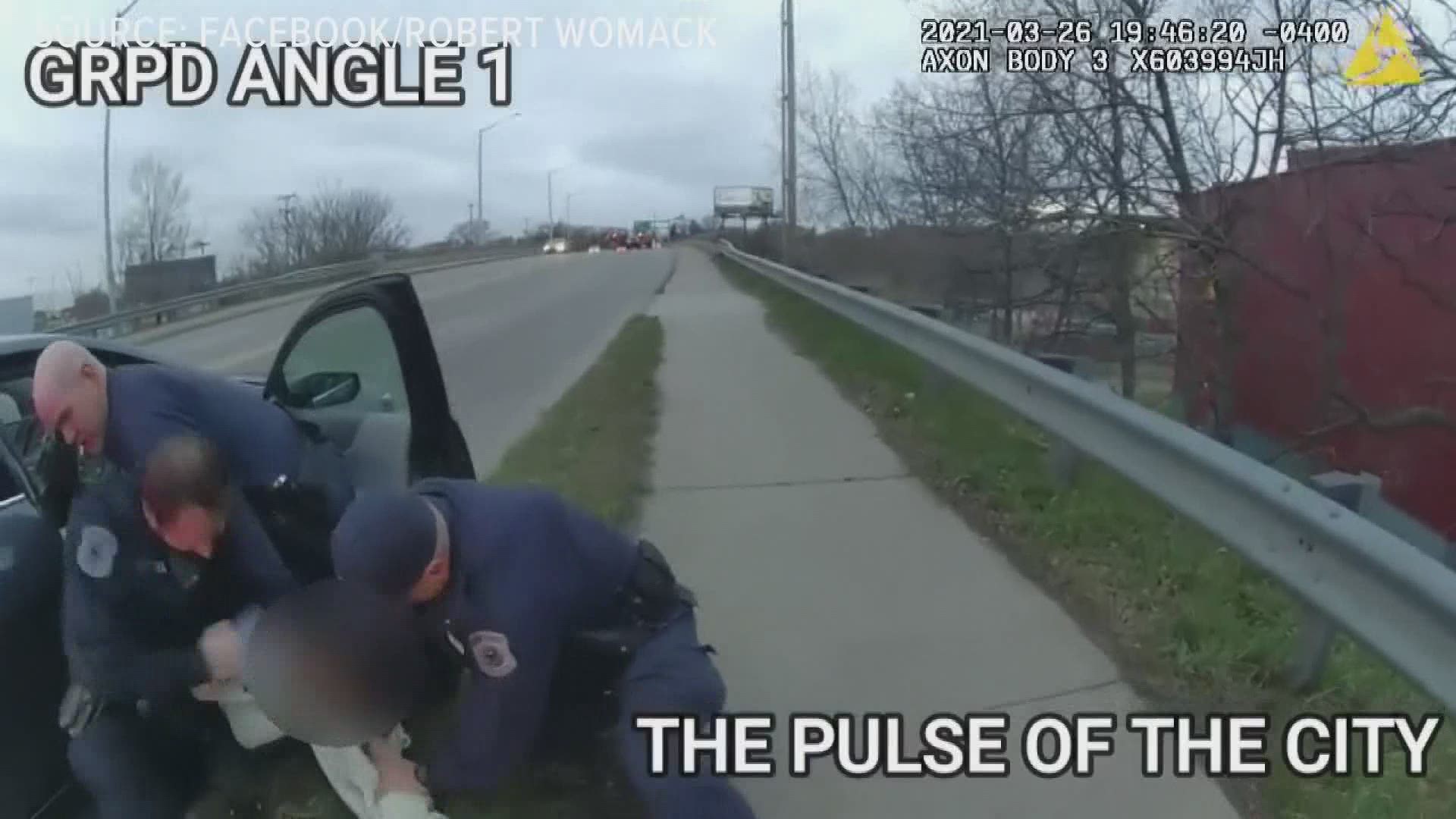