Former GVSU player Marty Carter is getting help from his old teammates, after he was shot while in his hometown near Chicago. 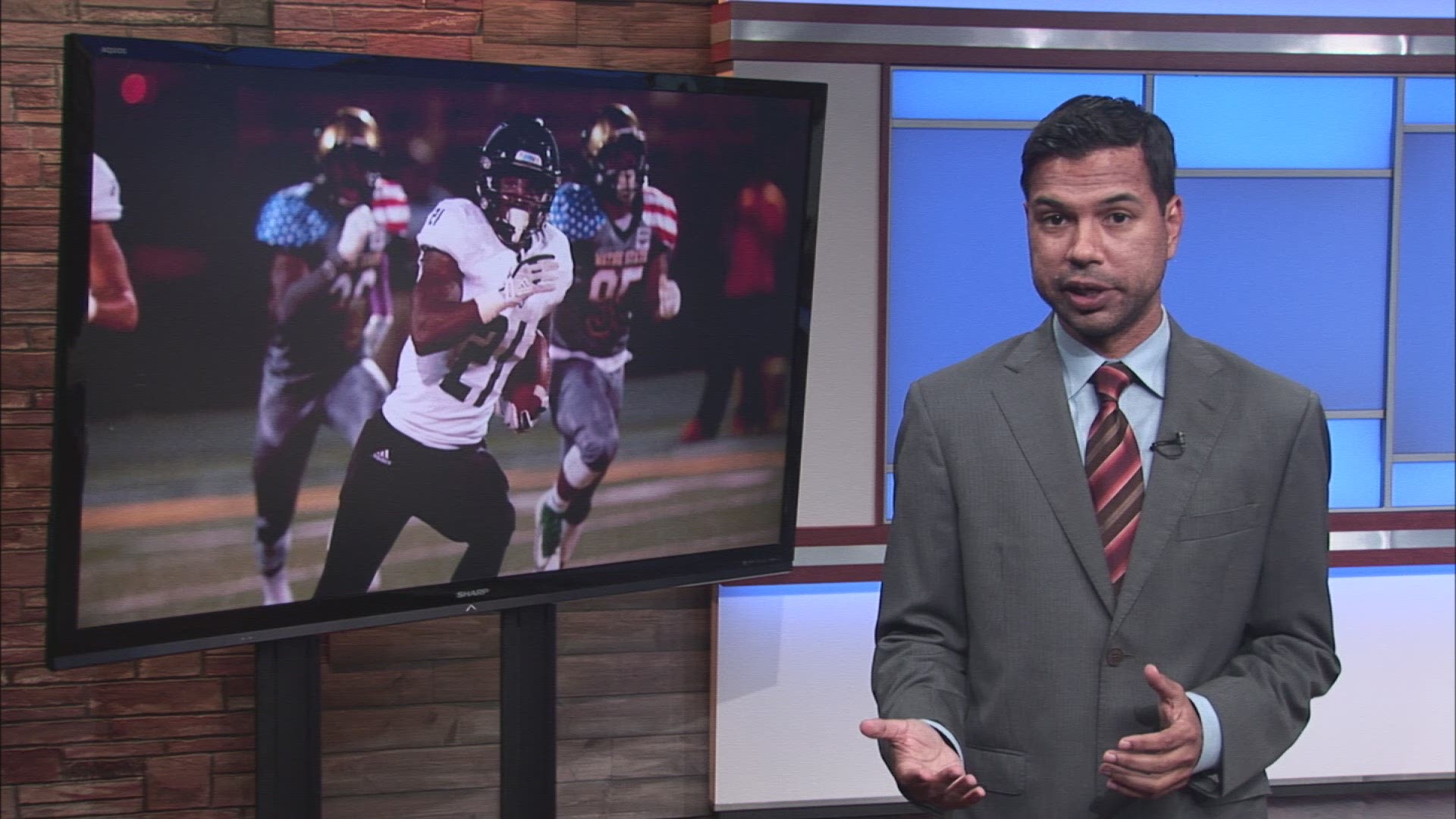 "There are no words to describe how good that man is on a field. Marty is the greatest running back in Grand Valley State history," says McGrath.

But now that speed has come to a stop after a tragic shooting.

"We heard that Marty had gotten shot in a shooting at a gas station in his hometown," says McGrath.

On July 29th, a few days after working out for the Kansas City Chiefs, Carter was in his hometown of East Chicago, Indiana when he was shot at a gas station. A bullet lodged in Carter's spine has caused some paralysis.

"Marty and the medical team are having a complex time deciding what to do, as far as the bullet fragments in his back....and so we want to make sure that if there are any financial problems that they come into we can help out," says McGrath.

Carter's former teammates have started a gofundme page to help. To their surprise, donations have come in from their biggest rival, Ferris State.

"The game between both teams is a very big game for both teams but at the end of the day this is about a brotherhood of being men playing football and I thought it was incredible they were willing to step down from the rivalry and pay their homage to Marty," says McGrath.

McGrath is now praying for a speedy recovery.

"A couple of us have had a chance to talk with him. He is Marty. He is joking. I've had a couple texts with him. He's still being silly but I know that his heart is hurting really bad, which just makes it really tough for all of us," says McGrath.