Axel, Kent County Sheriff's only explosive detection K9, died in the line of duty, after suffering a medical emergency while working a home invasion incident. 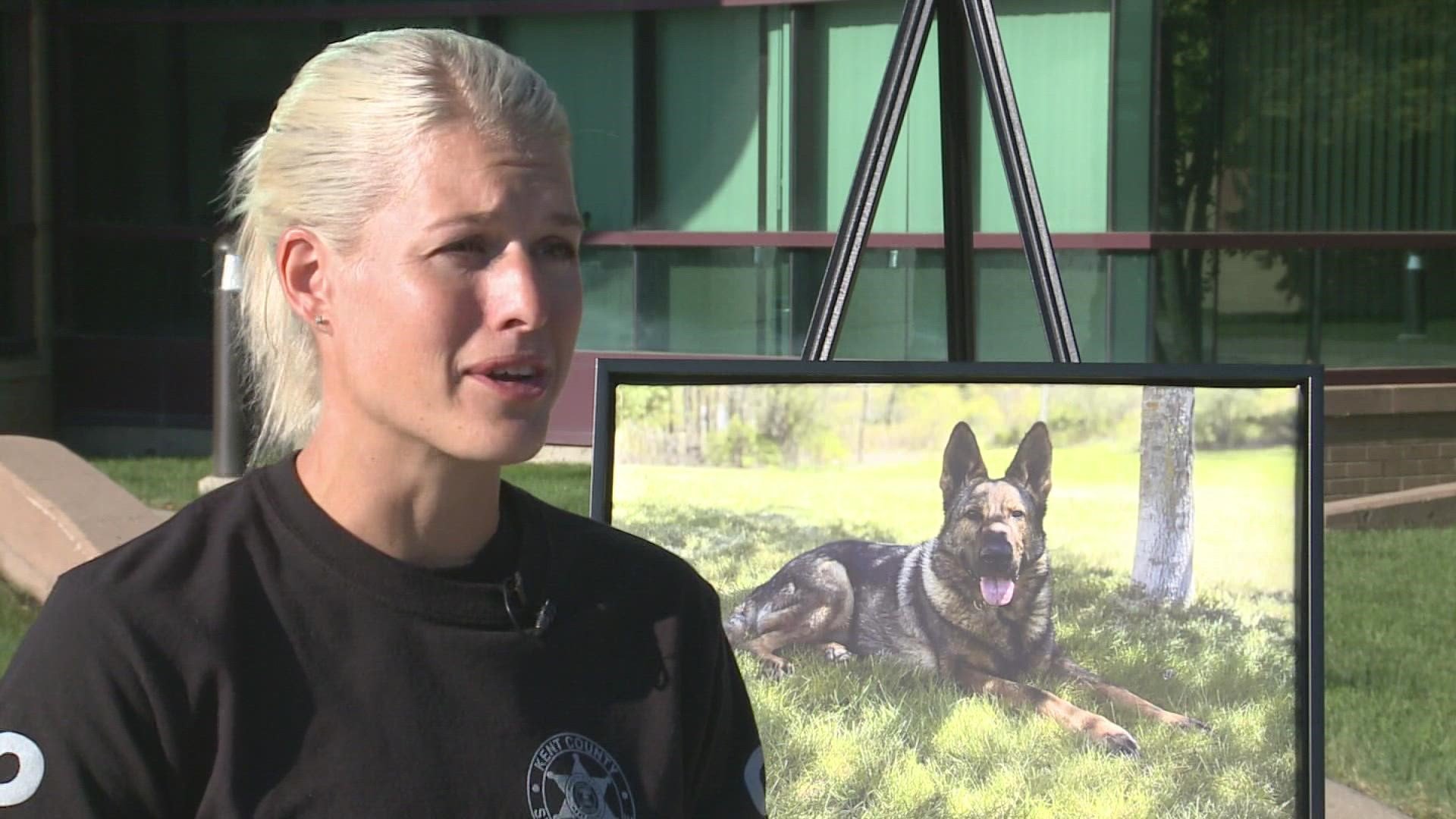 GRAND RAPIDS, Mich. — While on duty this past weekend, Axel, a K9 with the Kent County Sheriff's Office, experienced a medical emergency while working a home invasion incident.

The animal later died at the hospital.

The deputy to whom Axel was assigned is speaking out and sharing memories about her two-year experience of having Axel as her partner, and why the dog meant so much to so many.

"I was with [Axel] for 8 hours," said Kent County Sheriff's deputy Krystal Stuart, who was Axel's partner. "It's been a rough handful of days since."

Deputy Stuart says late in the evening on Thursday, Aug. 26, a call came in about a possible home invasion in progress in a nearby township.

"We were in the process of getting ready to set up a perimeter, then the situation went mobile," said Dep. Stuart. "We were dealing with a fleeing felon."

That's when Axel was called into action.

"Axel was deployed to find the subject," added Dep. Stuart.

Soon after the incident, Axel began suffering a medical emergency, said Dep. Stuart, who was then with her partner until he took his last breath.

"Axel was with me all the time; he lived at my house," added Dep. Stuart. "So, he was more than a work partner."

Dep. Stuart added that when Axel 'hung up his badge,' he was set to become her personal pet, but now that can't happen.

"He was my lunatic," said Dep. Stuart. "All he wanted to do was work, even on mine and his off days."

A KCSO spokesperson says there's a public memorial for Axel being planned but details of when and where that will be are still being finalized.

The KCSO K9 Unit is self-funded. If you'd like to learn more, or offer a donation to help, click HERE and you'll go directly to their website.