Kassouni Manufacturing Inc. was shut down after an incident caused a fire and chlorine gas release. 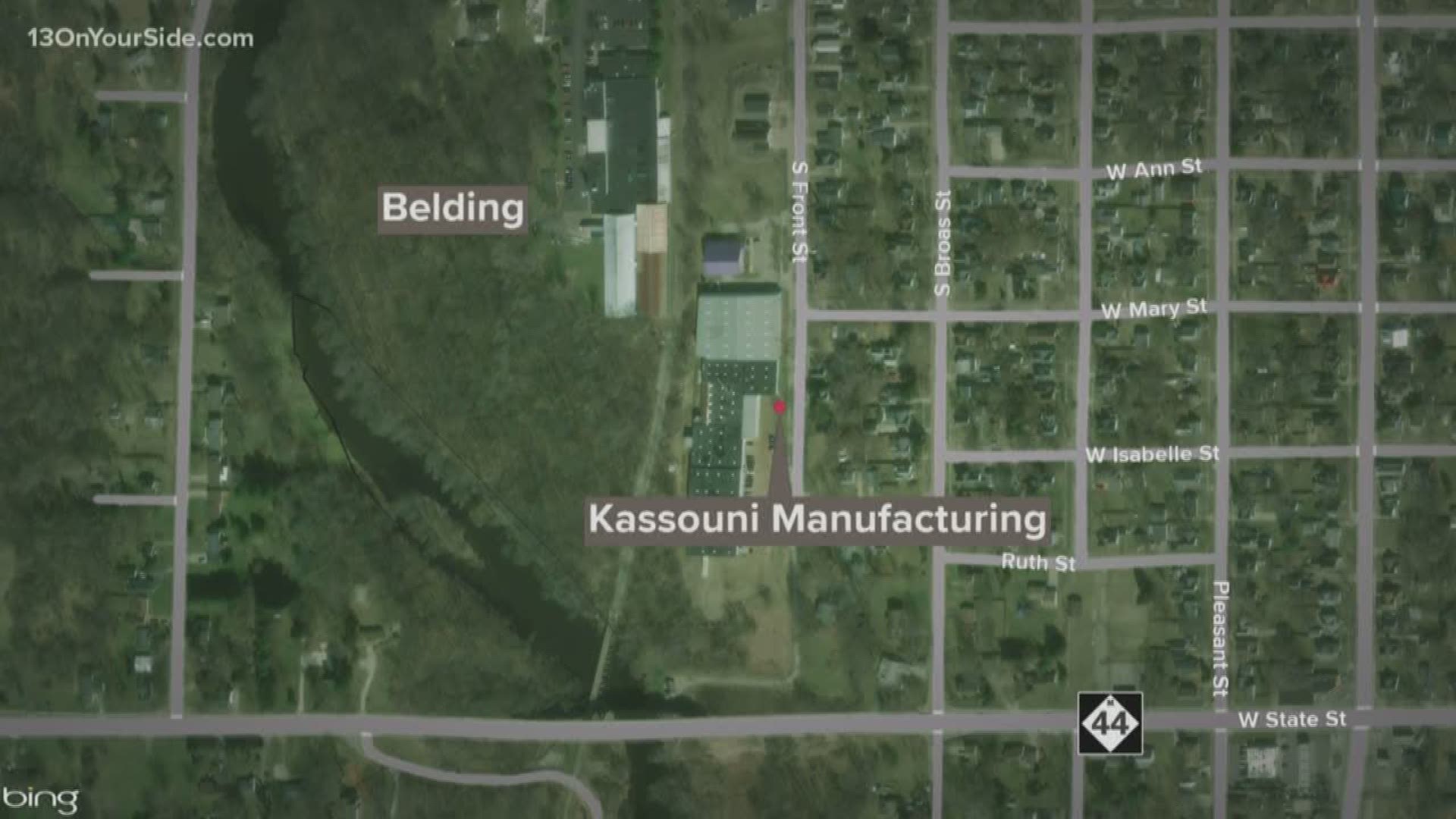 BELDING, Mich. - The Ionia County Health Department has issued an imminent danger order regarding a Belding factory, shutting it down for a potentially dangerous public health concern.

Kassouni Manufacturing Inc. (KMI) was shut down after an incident in June caused a fire and chlorine gas release, according to the Greenville Daily News.

The facility has had acid fires that have resulted in gas releases numerous times since 2007, including most recently on June 22.

The newspaper reports the roof of the building is in poor condition, containing numerous holes that permit the entry of raniwater. If chlorine gas comes in contact with water, there could be deadly consequences.

On June 22, a fire started and released chlorine gas -- state agencies were involved in the incident and the Ionia County Health Department issues the imminent danger order this past Friday.