Allendale student COVID-19 case turns out to be lab error

Over 30 students were identified as close contacts and asked to quarantine. 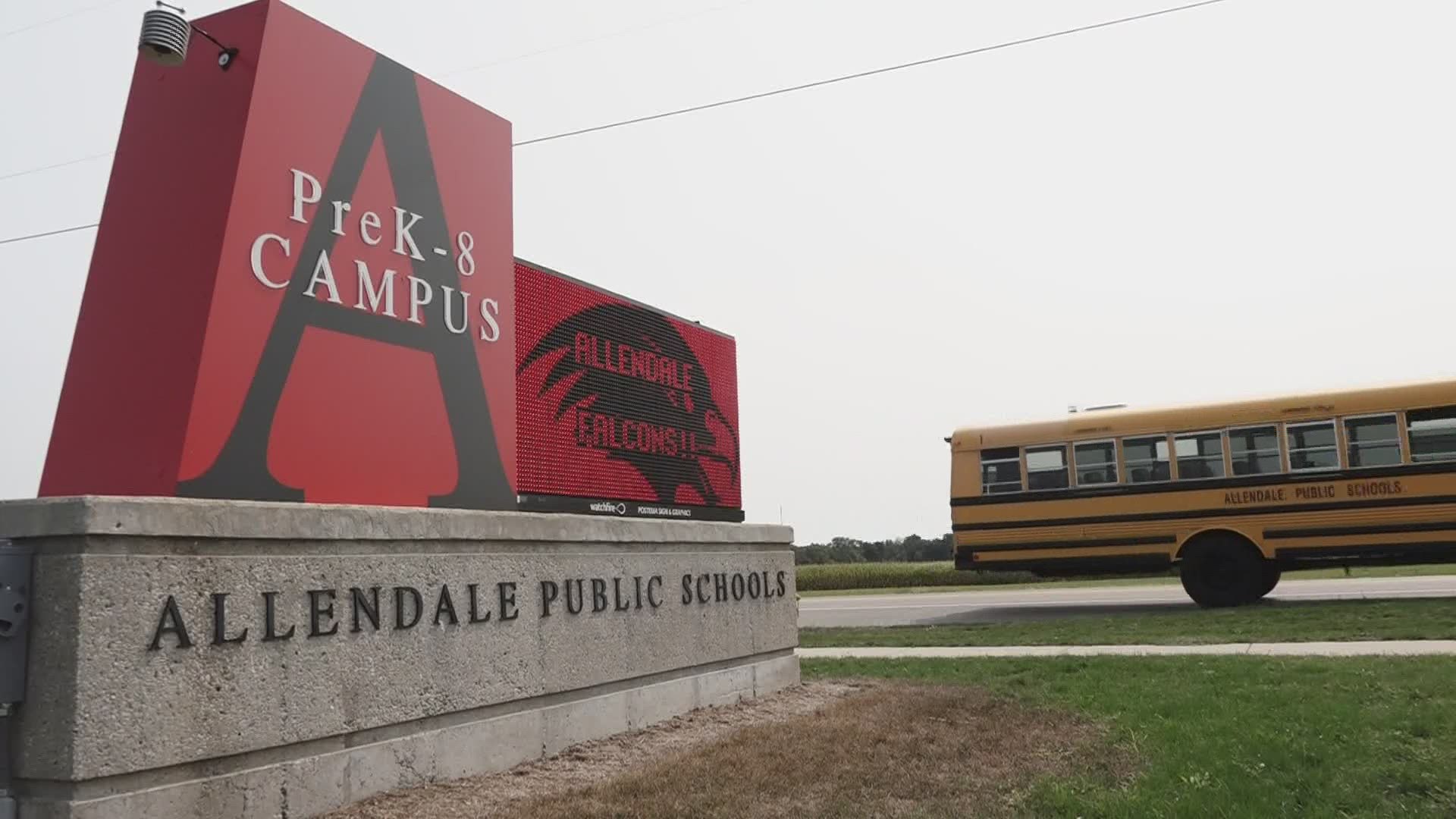 The district, where over 80% of students are learning in person, got the call on Friday, Sept. 11 that an eighth grader had tested positive for the virus. Thirty-one students were identified as close contacts and sent home to quarantine that same day.

Superintendent Garth Cooper said using classroom and lunchroom seating charts the district was able to identify anyone who would fall under the Center for Disease Control's definition of a close contact.

On Monday, the district got a call from Spectrum Health.

"Their tech realized that there were more positive results than they would traditionally see and found out there was this issue," Cooper said Tuesday. "We were notified that our student was one who on re-test was actually negative for COVID-19."

Spectrum Health said a batch of tests were "adversely affected by a specimen processing issue."

"Our laboratory team acted quickly when they discovered the problem, notifying families and retesting as appropriate. We understand this situation may have caused disruption and anxiety for the families affected," the health system wrote in a statement. "We want to clarify that this issue was not related to false positive results. The COVID-19 tests we provide are very accurate and have a very low false positive rate."

Scott Pritchard, who manages the lab at NxGen MDX in Grand Rapids, said he categorizes false positives as instances where there is no identifiable reason that the result should have shown up as negative.

"False positives usually arise out of chemistry issues, rather than contamination issues," Pritchard said. "In general, it is very unlikely that if you get a positive result that that result would be falsely positive."

He said contamination is also quite rare due to the nature of the COVID-19 test.

"After you've isolated the specimen, it goes straight into the workflow and the plate is sealed and its never opened again after that," Pritchard said.

Pritchard said NxGen MDX, which is processing roughly 20,000 tests a week, has seen circumstances of what he called "transient positives."

He attributed those instances to strong immune system responses.

At Allendale Public Schools, all the once quarantined students were cleared to come back to school. Letters went home to parents both from the district and the Ottawa County Health Department.

Cooper called it a learning experience, especially as the district irons out how to best transition into remote learning for quarantined students.

"One of the things we learned was that we knew how we were planning to address providing work for students who went into quarantine, but we hadn't communicated that very well to our parents," Cooper said.

The superintendent said this incident was "frustrating" because it was largely out of the district's control. Cooper said he knows mistakes will be made as they navigate the pandemic, but the priority remains to keep students in school.

Spectrum Health said it has since addressed the issue that caused the incorrect test results.

"We regret any inconvenience and want to reassure the community that we have addressed this issue in our laboratories," concluded the Spectrum Health statement.