Only 10 passengers will be allowed on DASH buses and 15 on other fixed routes as of March 31. 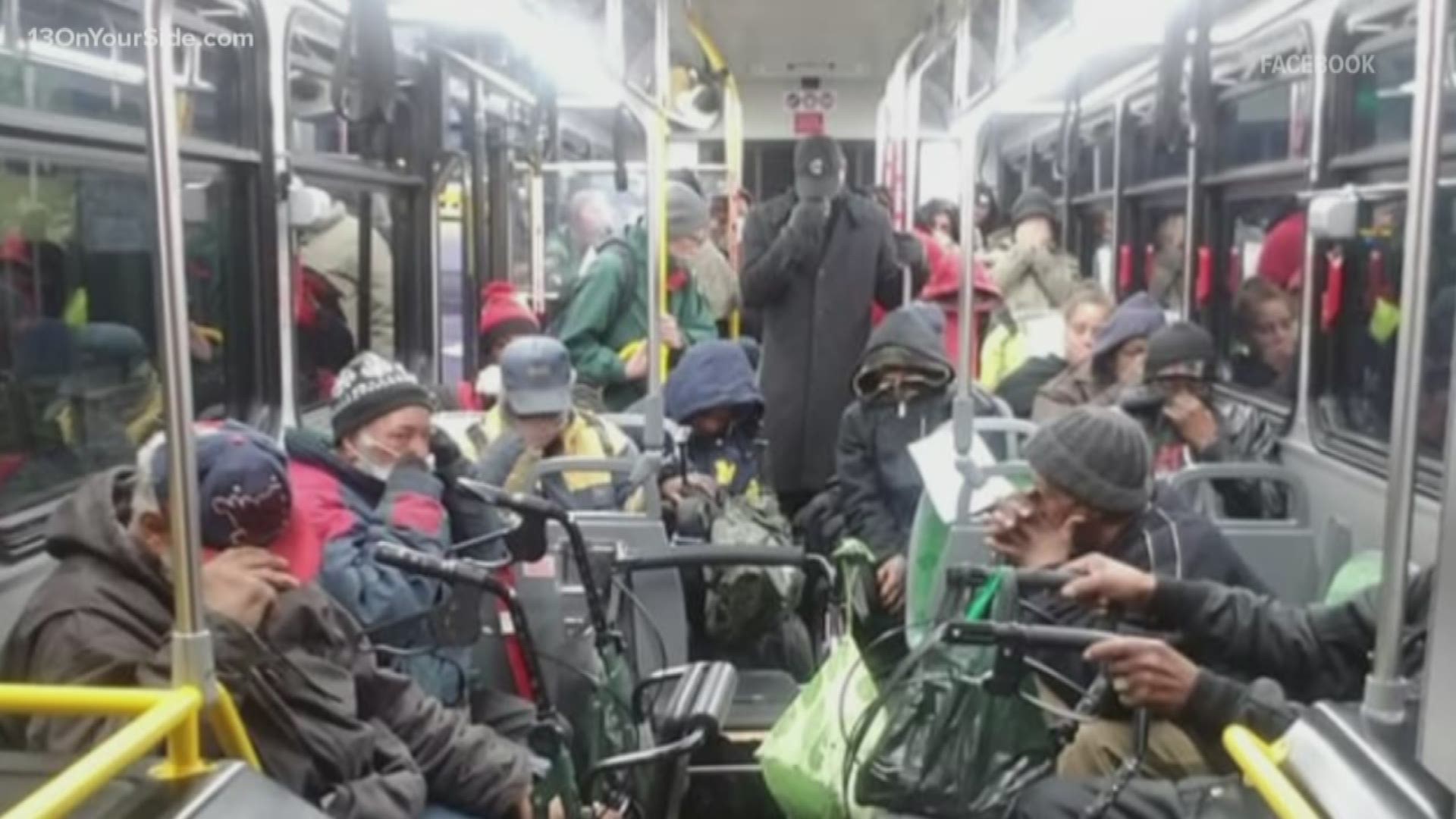 GRAND RAPIDS, Mich. — The union representing The Rapid's drivers is asking for more protective equipment and more routes after the transportation service announced reduced capacity on its buses to enforce social distancing during the COVID-19 pandemic.

"They need to put all the buses back out on the road," said Karen Stilson, a Rapid driver of over 20 years. "This small group of buses is just overloading the system, and there's no protection."

The Rapid reduced its service schedule on March 24. Buses run every day from 7 a.m. to 7 p.m.

Since the move, buses have filled up and impacted social distancing, said Richard Jackson, president of the Amalgamted Transit Unit Local 836, which represents Rapid drivers.

Stilson, who drives a Silver Line route, posted a picture of her packed bus on March 31. The Rapid announced later that night it would limit seating capacity on DASH buses to 10 people and 15 on the Silver Line and other fixed routes.

“Safety is our number one priority at The Rapid,” Communications Manager Lisa Young said in a statement. “As we work to do our part to get essential employees to work and to pick up needed medications or shop for groceries, we are mindful of the health of our operators, passengers and public.”

"I expected a picture like that to surface a whole lot sooner because it's simple math," he said. "We knew it was going to happen. This is a serious health and safety concern."

Rapid drivers can now pass stops if their bus is at capacity. In those cases, "an extra bus will be dispatched to pick up passengers at missed stops as quickly as possible," according to the statement.

Stilson and the ATU are asking The Rapid to bring back more routes to serve passengers and ensure social distancing. They are also requesting protective and sanitary equipment for drivers.

"You have [some drivers] that have masks, some have gloves, some have none," Jackson said. "There's no hand sanitizer or things like that. [Those] driving are still exposed, so when they get sick, what happens?"

The Rapid has contacted multiple vendors to obtain surgical and N95 masks for its drivers, Young responded Wednesday.

"We have a request in for a five-week supply of 4,200 N95 masks through one of our first-aid supply vendors, and they have indicated that our request is in line after medical care providers and first responders, but ahead of the general public," she said. "It is unlikely that we will receive this order soon, but we are working as quickly as possible to expedite that request."

Young noted The Rapid has also reached out to a local producer of cloth masks and placed an order for protective gloves. In the meantime, they are permitting drivers to wear their own gloves and surgical masks.

Both parties need to come together and communicate to make sure everyone is safe and happy, Jackson said.

"Nobody here has abandoned their duty," he said. "The people are stepping up to do the job and want to feel like they're cared for."