When COVID-19 hit Michigan last spring, the owner of Jack's Service Center decided to become a full service gas station again, just like it was 50 years ago. 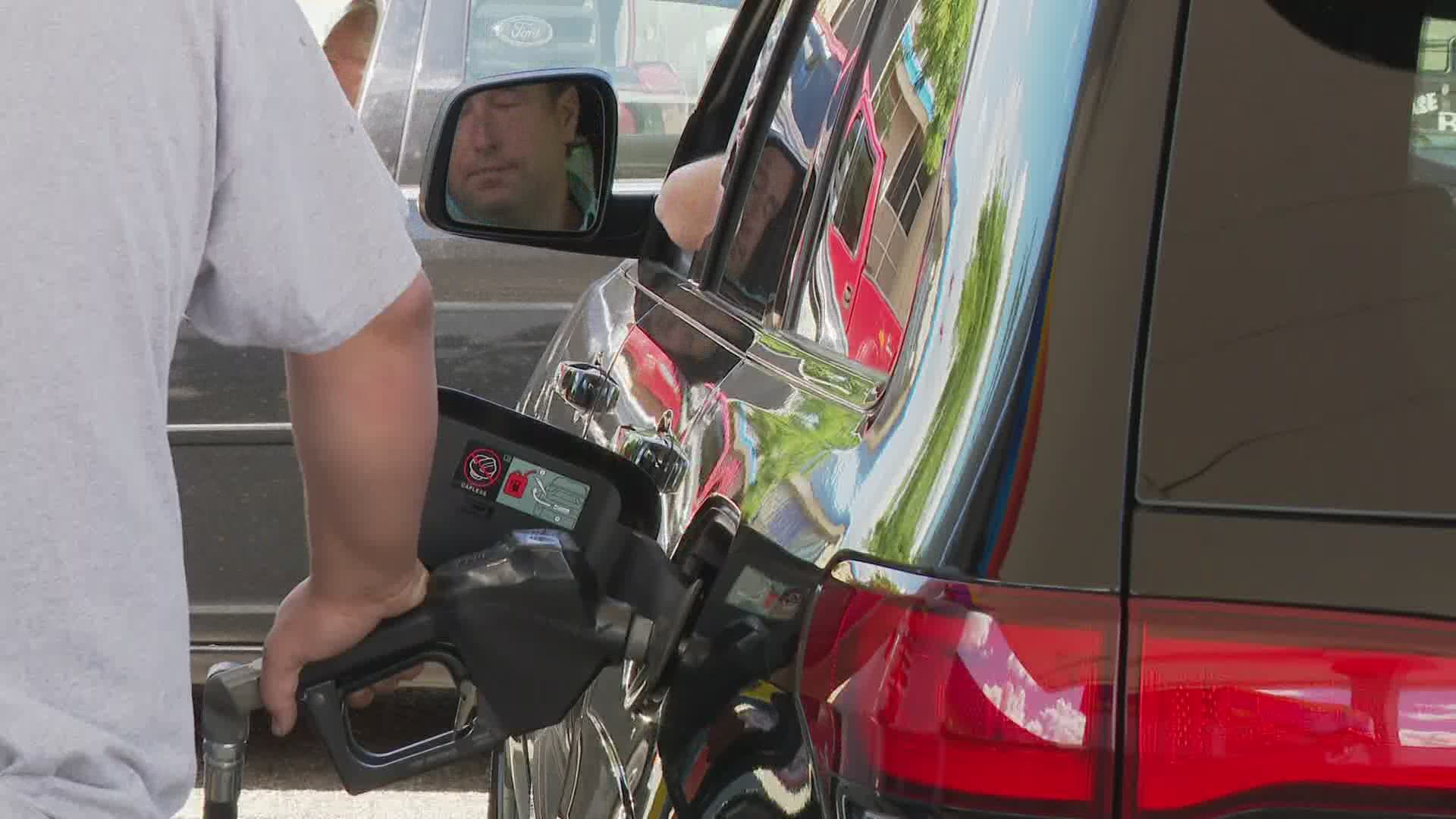 GRAND RAPIDS, Mich. — Did you know that it's illegal to pump your own gas in New Jersey and Oregon?

That was never the case in Michigan, but most gas stations adopted the full service approach in the mitten state until the early 1980s.

The ongoing pandemic is causing some West Michigan gas stations to replace pay-at-the-pump with some old fashioned patronage at the pump.

One of them being Jack's Service Center, which is located at 850 Leonard St. NW in Grand Rapids. Soon after COVID-19 found its way to Michigan, owner Jack Wielhouwer decided to turn back the clock.

"When Jack's opened for business in 1960, it was full service gas only," said Wielhouwer, 61. "It gradually progressed to self serve, like everybody else did."

But when the pandemic hit, like many businesses, safety was a concern so Wielhouwer decided to bring back full service.

Baby Boomers and Generation Xers certainly remember going to full service gas stations in the 1960s, '70s and '80s, but for millennials, it's just lore and legend.

"I'm not really old enough to have experienced it," said Jeff Joyce, a Grand Rapids native who was a customer getting gas at Jack's. "At gas stations, there's a lot of touches of surfaces we never used to think about, but now maybe it was touched by somebody that's sick, including the pump, the door handle or the pen when you sign your name to the credit card receipt.

"Full service eliminates all that."

Wielhouwer started working for his dad at Jack's when he was 14 years old. He remembers full service like it was yesterday.

"Back in the day, there would be a bell hose that would ding [when a car ran over it], and we'd come out and pump your gas, wash your windshield and check your oil," said Wielhouwer. "Every time you got gas, the same questions were asked and the same things were done and away you went."

Full service went by way of the dinosaur sometime in the early to mid 1980s when gas stations decided to turn their pumps loose to the patrons, ushering in the era of self service.

Four decades later, it's making a comeback, thanks to the worldwide pandemic.

"We wanted to help people, so instead of wiping everything down every time somebody used it, we decided to bring back full service and pump the gas for people," added Wielhouwer. "It's just like the old days."

Wielhouwer says he's getting new clientele because of the full service approach, and people are tipping his attendants.

Wielhouwer says he's not sure how long he'll continue doing full service at Jack's. What he does know is that it won't be ending anytime soon.

"As long as we have the employees to do it, we'll continue doing it," added Wielhouwer.

Jack's Service Center isn't the only West Michigan gas station who brought back full service during the pandemic.

Below is a list of other locations doing full service gas: