The sheriff's office couldn’t stop the events from happening, but they did implement extra safety measures and heightened patrols.

CASS COUNTY, Mich — A video of a Fourth of July celebration in Cass County went viral this weekend due to the amount of people partying close together without masks or following social distancing guidelines.

Around 150 people attended the celebratory event Saturday at the Diamond Lake sandbar in Cass County. Event organizers said attendance was lower than usual, but it was enough to capture attention from people across the country.

On Monday, the Cass County Sheriff’s Office released a statement about Saturday’s events, stating that they couldn’t stop the events from happening, but they did increase patrols.

“The Cass County Sheriff's Office is unable to suspend events from occurring on public lakes; however, they did contact organizers out of concern due to the pandemic,” the statement reads.

“Unfortunately, the attempts to communicate were met with confrontation and unwillingness to work toward a safe and controlled event. It should be noted, though, that organizers did provide periodic announcements regarding the risks of COVID as well as the need to socially distance.”

Each year, the event produces community concern, the sheriff’s office said. People from areas outside the community tend to trespass across private property, as well as litter and sometime urinate on the property, police said.

“Other issues at the Diamond Lake Public Access maintained by the State of Michigan Department of Natural Resources (DNR) were parking areas overwhelmed with vehicles, trash and human defecation,” the statement reads.

In response to these concerns, the sheriff’s office said it increased patrols both on the lake and on the land. Law enforcement presence was also maintained at the DNR public access to enforce order at the parking lots.

“The increased presence resulted in numerous arrests for drunk driving, as well as assaults,” the statement continues. “Also, numerous citations were issued for minors in possession of alcohol, boating violations, etc.”

Currently, all reports and possible criminal charges from the events that took place Saturday are being forwarded to the Cass County Prosecutor for review.

The events remain under investigation and the Sheriff’s Office is working with other local governing offices in response to the situation. 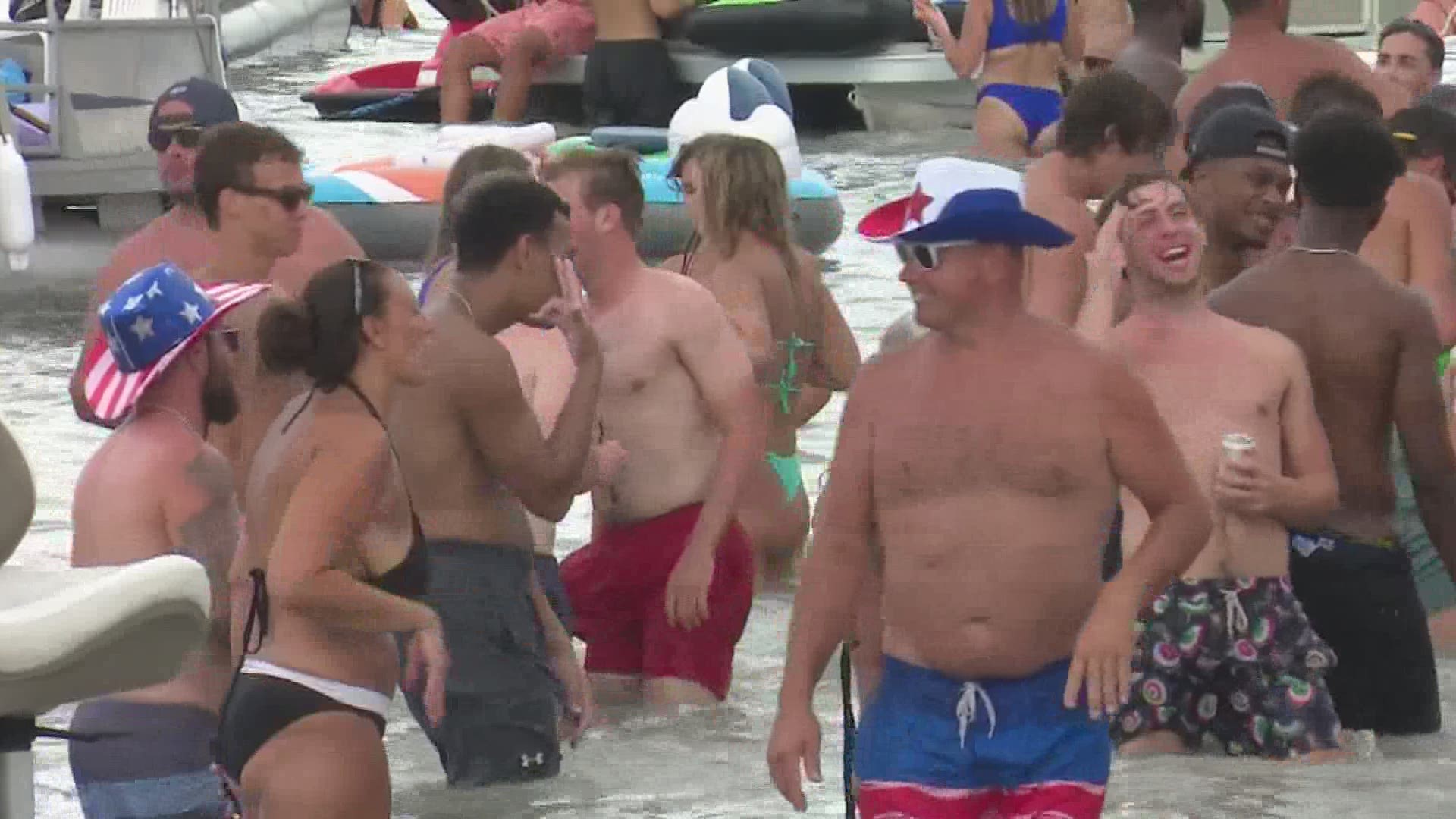