"There's a ton sitting on shelves: boxes of masks, boxes of gloves, that’s not getting used." 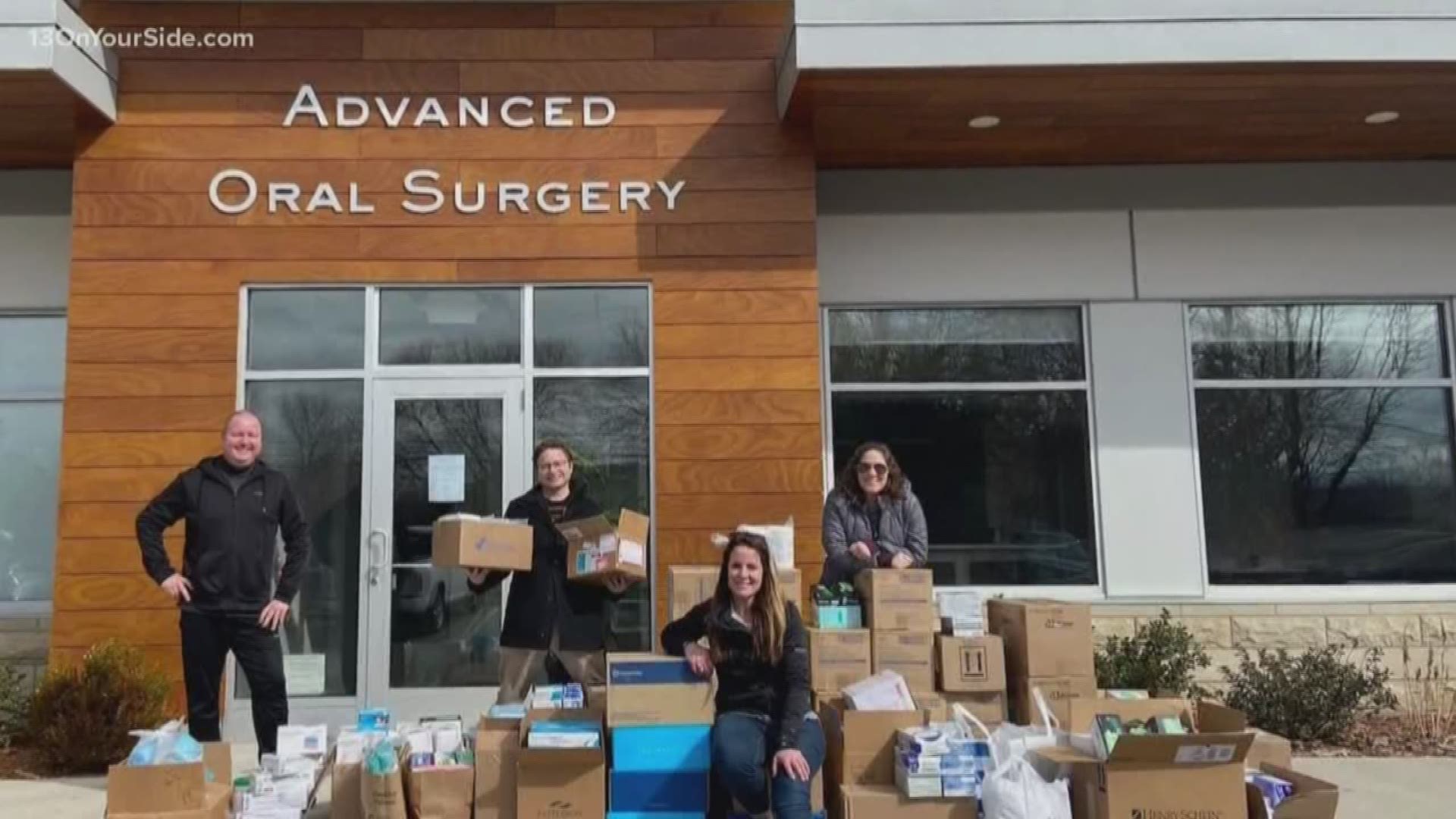 GRAND RAPIDS, Mich. — As dentist offices are closed temporarily, many are donating their unused personal protection equipment (PPE) to hospitals. Many hospitals are running low on items such as gloves, masks, gowns and more during this time.

“I don’t think our community has ever faced a crisis like this,” said Hilary Tien, a practice consultant at Proveer Practice Management. “And the thought of them lacking any sort of supplies in a community that, honestly, is pretty well off was heartbreaking.”

Tien works with local dentists in the area. A friend of hers from Spectrum Health asked if she could take a box of masks for the hospital. Tien knew she could do more. She called dentists she works with and assembled a donation drive for this past Saturday.

“Honestly, it was better than I expected,” said Tien. “I figured dentists would contribute, but the amount of support we received not just from dentists but the whole community.”

Tien said it wasn’t just dentists who dropped off items at the drive, located at Advanced Oral Surgery. Items were donated from estheticians, spas, construction workers, painters and more. Those items were then picked up by a representative for Spectrum Health.

“It brought me to tears,” said Tien about when the Spectrum team picked up the items. “Because they were in tears saying so many lives will be saved because of the support they received.”

Credit: Hilary Tien
A box dropped off at the donation drive.

And it wasn’t a small drive, they received a lot of supplies.

“We amassed a ton of PPE equipment,” said Dr. Mark Jesin, a dentist with Advanced Oral Surgery. “180,000 gloves 16,000 masks, tons of gallons of disinfectant and sterilization wipes, we had tons of gowns. We were really, really successful. It immediately went to Spectrum, and they needed it that day.”

Jesin said it was amazing to help during this time, even though it’s still an uncertain time.

“It’s a struggle,” said Jesin. “I have 11 employees. For now, we’ve taken it on that we will pay them their normal wage. Every business is different, and kind of figuring it out as we go along.”

Credit: Mark Jesin
Some of the boxes given at the donation drive.

But Jesin said there’s a way for dentists to help even more.

“A lot of dental offices have 3D printers on them,” said Jesin. “And they’re currently sitting on shelves not being used.”

Jesin said he’s in talks with the CDC and other organizations, waiting for official plans to 3D print coronavirus test kits and even masks. Once they have those plans, they could print hundreds a day, and donate them to those who need it the most.

There are more dentist donation drives on the other side of the state next weekend, one in Troy and one in Commerce township.