Coronavirus is impacting the music scene, but a temporary solution is found

Hundreds of musicians no longer have work because their gigs were canceled. A music promoter has come up with an idea that may help during the Coronavirus outbreak. 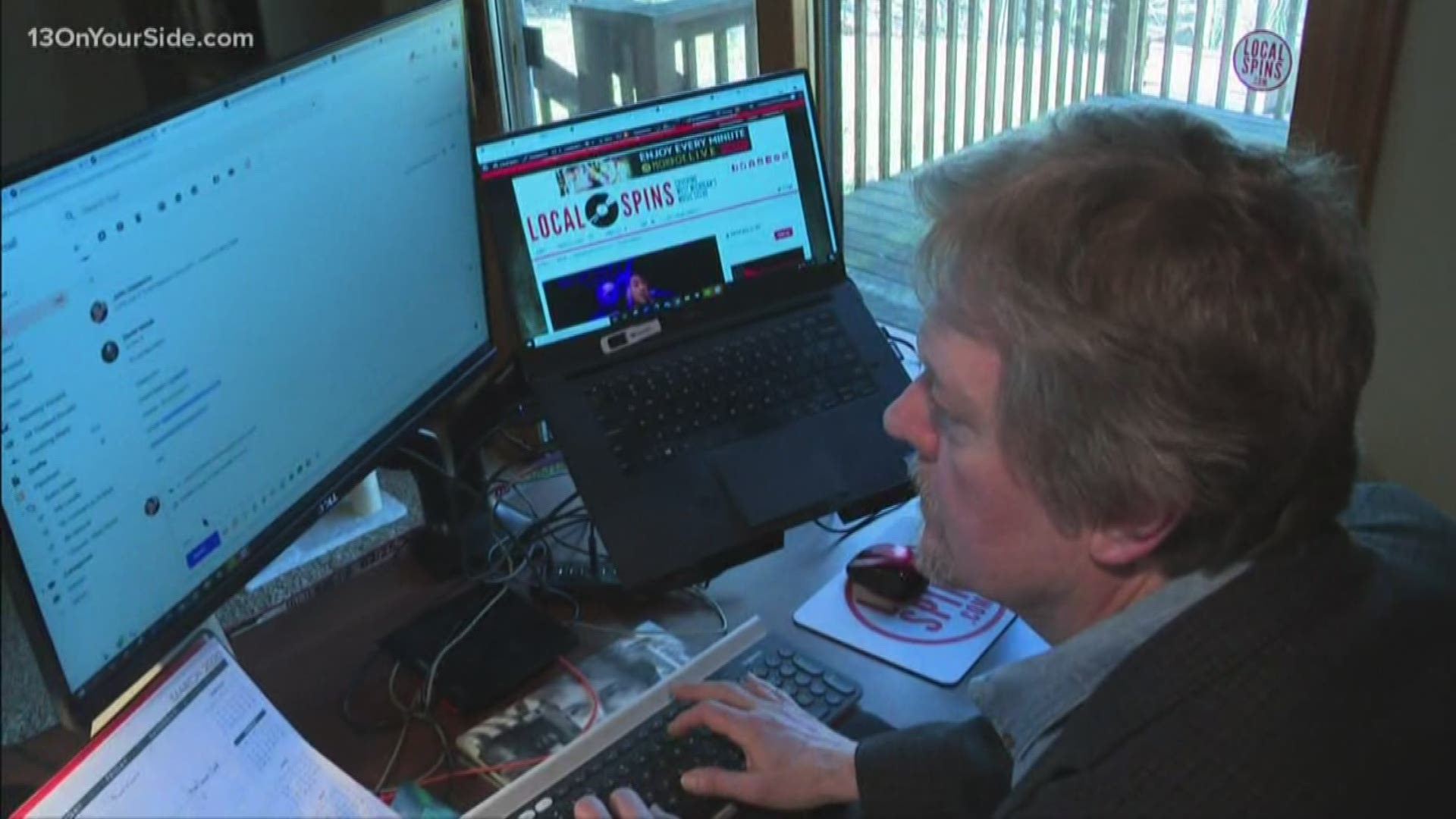 GRAND RAPIDS, Mich. — The music industry has been impacted hard by the coronavirus outbreak. Concerts and tours have been canceled nationwide, and venues have closed while the global pandemic continues.

A local music promoter has cultivated a collaboration with a Grand Rapids music studio that he hopes will not only keep the musicians connected to their fans, but also help the artists from hurting financially.

Credit: WZZM
John Sinkevics created the website LocalSpins.com 8 years ago. The site is a clearinghouse for everything that's happening in West Michigan music.

"Every day, I'm just inundated with emails about cancellations and tours that have been postponed," said John Sinkevics, who is the publisher and editor of LocalSpins.com—a website which spotlights West Michigan bands and musicians.

Credit: WZZM
John Sinkevics runs his music website LocalSpins.com from home. Since COVID-19 reached Michigan, concerts have been cancelling all over.

Sinkevics created the website eight years ago, and it's been growing ever since, but once the Coronavirus hit Michigan last week, he says his job has changed drastically.

"At first, it was just a lot of bands that started to cancel their shows," said Sinkevics. "Next thing you know, the bars and venues closed, meaning hundreds of bands that were booked no longer have work."

Most musicians are self-employed, meaning they aren't eligible for unemployment benefits when their only source of income is gone.

"Some of their gigs have been postponed for sometime in the future, but it's postponed for when they would've booked other shows," added Sinkevics. "They're hurting financially."

March is a month that local bands are usually busy.

"For a lot of Celtic bands, March is a huge percentage of their income for the year," said Sinkevics. "Some of them play several gigs in one day, and all of them have been canceled.

Credit: WZZM
The Intersection is a popular concert venue in downtown Grand Rapids, Mi. It has closed its doors amidst the Coronavirus outbreak in Michigan.

"They've lost essentially what they depended on and budgeted for for the year based on what was going to happen in March."

Due to the spread of COVID-19, most, if not all entertainment options have to be found by people inside their homes. Sinkevics saw opportunity amidst the chaos.

"A lot of bands have come up with the idea of doing online concerts," said Sinkevics. "So, I reached out to River City Studios to see if we get some of these bands in and do some live recording sessions with them."

Sinkevics says that many of these bands and musicians are currently recording concerts from their living rooms or garages, using their I-Phones. The ability to utilize River City Studios start of the art equipment, coupled with heavy promotion on Sinkevic's website, should help the artists reconnect with their fanbase until some normalcy can be restored.

"There's no audience in the studio during the sessions," added Sinkevics. "The only audience is the online audience.

"The musicians will ask for online donations to help supplement their income rather than the cover charge you'd pay at the venue."

Sinkevics says several of the streaming concerts will start happening later this week. If interested, check out the schedule he'll be posting on his website.

"The bottom line is, we want to make sure that people are still connected to the music scene, "said Sinkevics. "It's not only important to the cultural fabric of the community, but also to the musicians who, once [croronavirus] is over, really need to have the support from the rest of the population in order to keep going."

Another way to help support Michigan musicians during this uncertain time is via the Michigan Artist Relief Fund. They're collecting donations which they will distribute to artists who can't apply for funding to replace the income they've lost due to canceled concerts.

Musicians can start applying for those funds this coming Friday. They're hoping to raise $100,000 from donations to distribute to musicians who have been severely impacted by COVID-19. 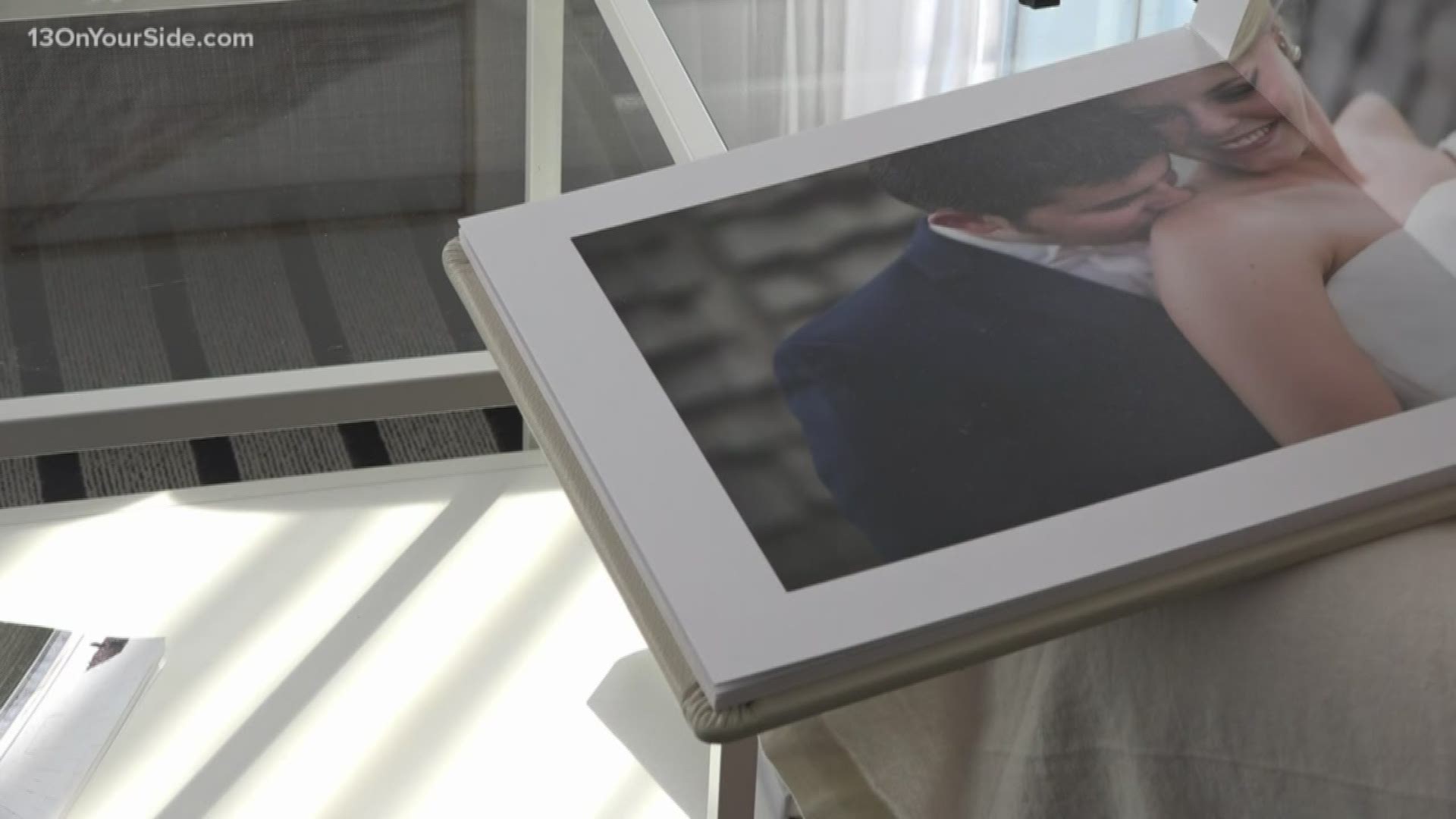