Appointments are being opened up largely on a week-to-week basis based on vaccine shipments. 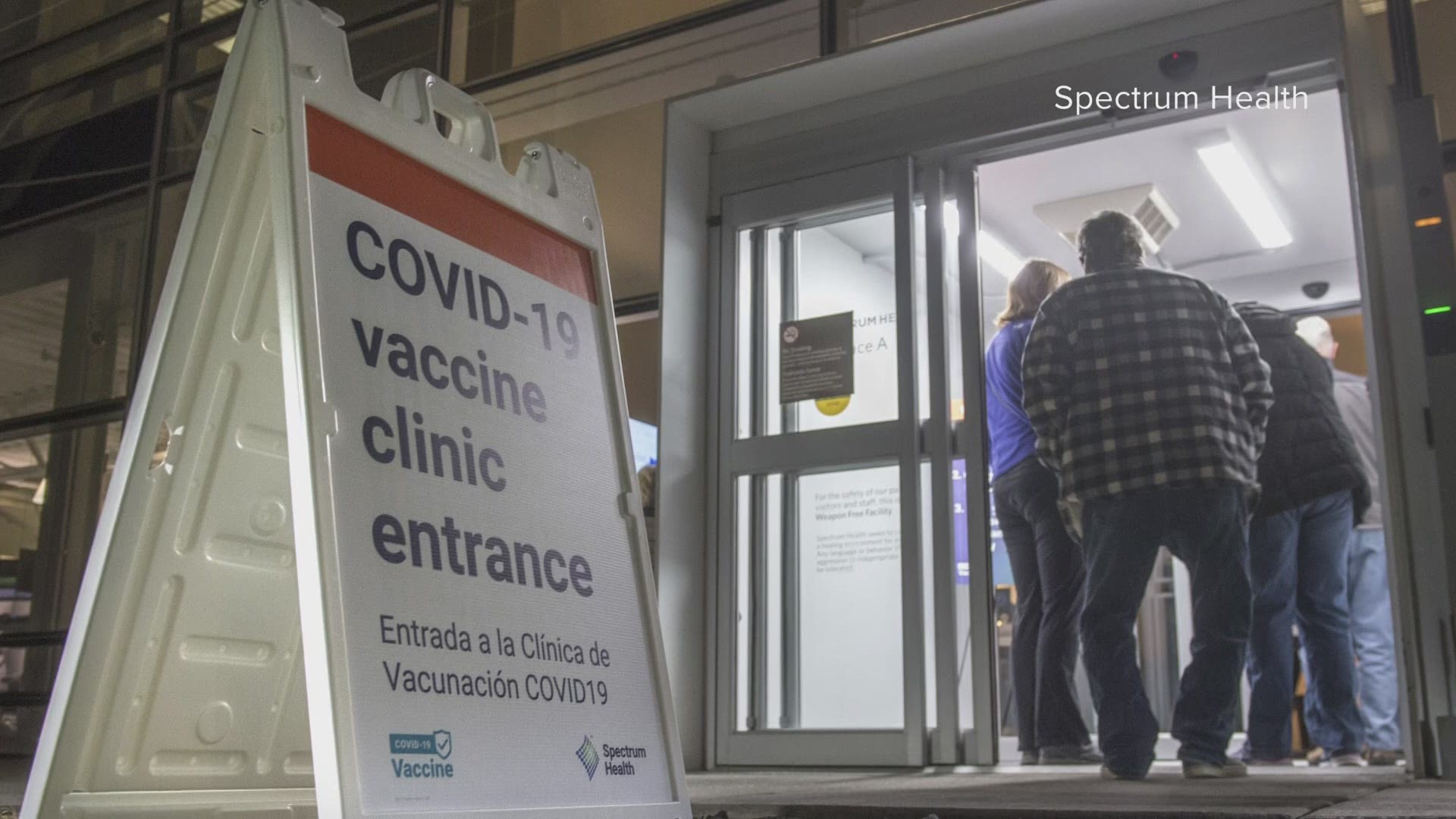 Appointments are filling up instantly, vaccine hotlines have been pulled after being overwhelmed with calls and providers are working around the clock as more people become eligible for the COVID-19 vaccine.

"It's going to be a little bumpy for a while," Dr. Adam London, director of the Kent County Health Department, said last week ahead of the new phase opening up.

It's been nearly a week since Gov. Gretchen Whitmer announced that starting Jan. 11 the state would move into Phase 1B of vaccinations, which includes adults ages 65 and older (amended from originally 75 years and older), as well as some essential workers.

RELATED: What to know as Michigan moves into new COVID-19 vaccination phase

The announcement caught some health officials by surprise as they were still vaccinating people in Phase 1A, which is made up of healthcare workers. Some of those vaccinations are still ongoing, for both first and second doses.

In a matter of days, hospitals and local health departments set plans in motion and scaled up vaccination clinics. Spectrum Health said it expects to have vaccinated 10,000 people at a Grand Rapids clinic by the end of the week. Kent County Health Department is carrying out about 500 vaccinations per day.

But, appointments are being rolled out largely on a weekly basis, as most vaccine providers say they learn the amount of doses they'll receive for the next week just several days prior.

District Health Department #10 opened up 7,000 appointments that filled within hours, only to learn they'd only be receiving 3,900 doses.

"So, now we're going to slow down just a little bit and make sure that we have enough vaccine before we open up appointments for the following week," Karen Ripke, an emergency preparedness specialist with DHD#10, said Monday.

Over 45,000 people completed a Spectrum Health survey over the course of about 36 hours in order to be notified about when appointments would open back up.

It's estimated that hundreds of thousands of people fall in Phase 1B across West Michigan. Area hospitals and health departments are collaborating to maximize vaccination opportunities.

"No one is going to turn people away based on where they live, or based on who their regular healthcare provider is," London said. "The only reason people are going to be turned away right now is going to be because of a shortage of appointments and vaccine."

But, the registration websites are not linked, so people are asked not to make appointments at multiple places.

"Unfortunately, there is no way that our systems can electronically talk to one another," Elmouchi said.

Current vaccination registration is being done almost entirely online, which Elmouchi says was the only way to move rapidly at a large scale. But, the second approach will be mobile clinics starting as early as next Monday.

"These are very specific, where we can target populations that are underserved and that may not have access to the electronic means we're scheduling appointments now," Elmouchi said.

As of Tuesday, 831,150 doses of the COVID-19 vaccine had been distributed throughout the state, and 296,588 doses had been administered. The state last week set new guidelines calling for providers to have used up 90% their supply within 7 days. State health officials have also said that the dashboard data lags.

"The only limitation over the coming weeks will be vaccine allotment to the state and ultimately to us, and we're hopeful that that will continue to expand," Elmouchi said Monday.

On Tuesday, the Trump administration announced it would no longer hold back vaccines.

RELATED: US asking states to speed vaccine, not hold back 2nd dose

It's estimated the next phase could take weeks, if not months based on supply, but the state has said that phases will overlap, much as they have through Phase 1A and 1B. Walgreens and CVS also continue to carry out vaccinations at Michigan's long term care facilities.

Vaccination registration links are compiled at vaccinatewestmi.com. Providers ask that you sign up for notifications in order to be notified when appointments open back up. 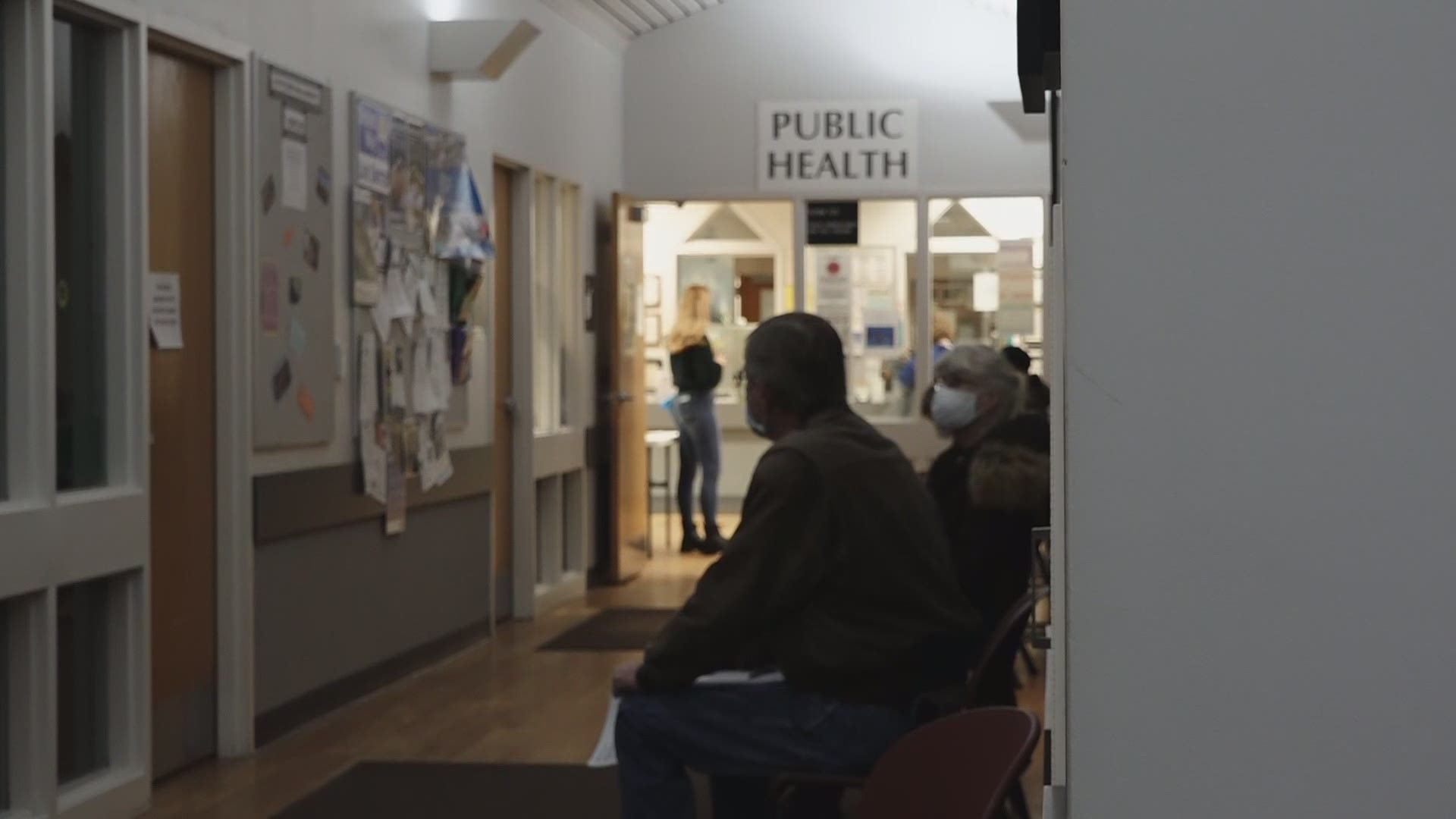