West Michigan jails have released inmates and the criminal justice system is being more selective on who gets booked as the coronavirus pandemic continues. 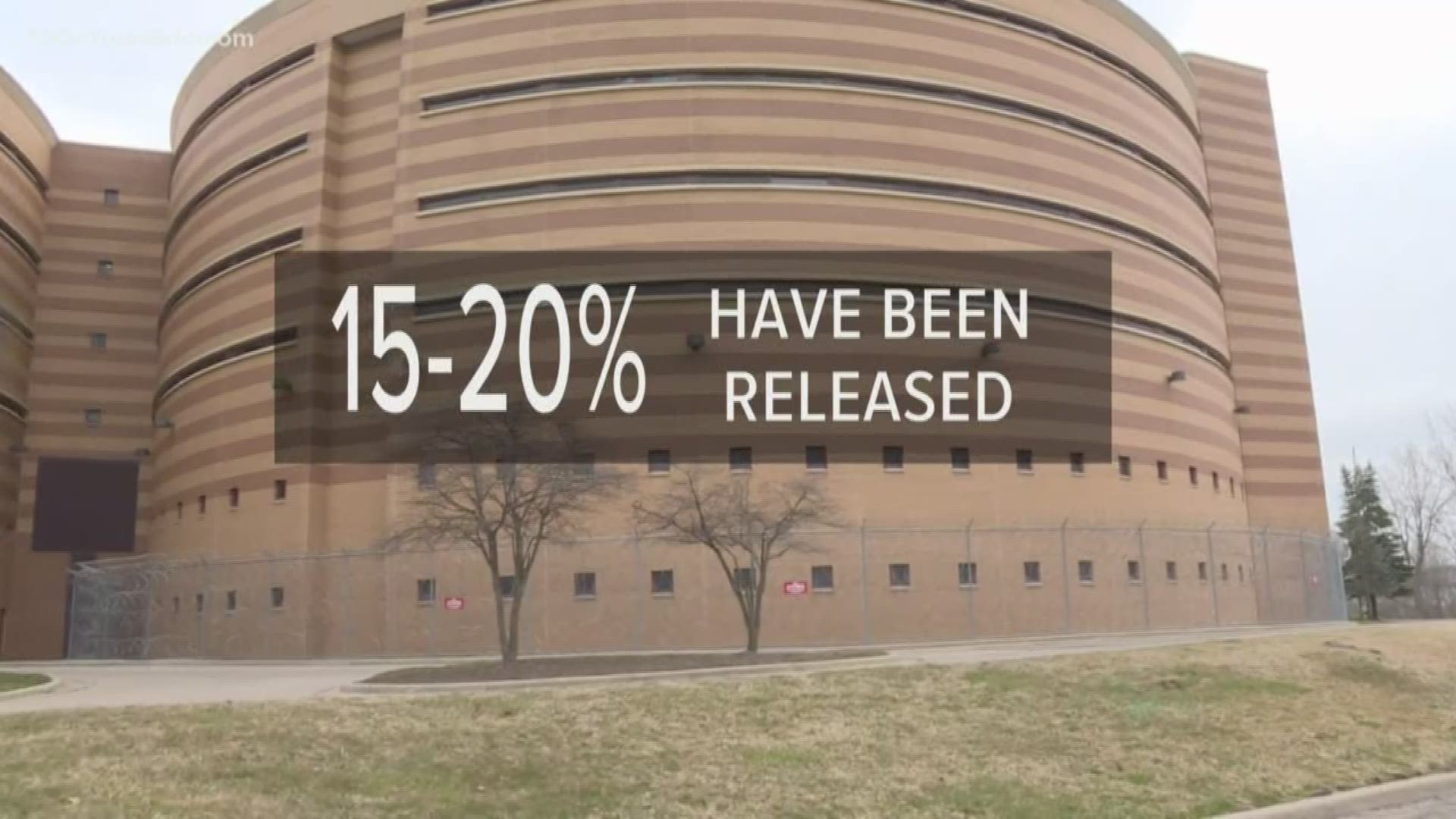 GRAND RAPIDS, Mich. — As the coronavirus pandemic expands, jails across the state are releasing non-violent offenders and being more selective on who gets admitted.

Kent County Sheriff Michelle LaJoye-Young says about 15 to 20 percent of Kent County’s jail population has been released in the last two weeks.

“These are non-violent offenders,’’ LaJoye-Young said. “That’s our first criteria. They are also ending or have come very close to ending their sentence here.’’

Inmates assigned to work release have been among the first to go. People given work release are in the community during the day, working their regular job. They return to the jail at night.

“A large number of people here were actually here on a work release,’’ LaJoye-Young said. “And obviously they don’t represent a risk because they’re out in the community every day.’’

Others who normally would be booked on low bonds are being given appearance tickets.

The concern, of course, is that jails, with tight living quarters, are more susceptible to infectious diseases. Inmates cycle in and out of county jails with far greater frequency than prisons.

Kent County Jail has a typical inmate population of about 1,100; it has beds to accommodate more than 1,400.

Area jails have already stepped-up cleaning regimens and are making sure incoming inmates are screened and temporarily isolated from the general population.

In Mason County, nine prisoners were released who had less than two weeks remaining on their sentences, Sheriff Kim Cole said. The early release, he said, will free up space to quarantine any new inmates coming into the Ludington jail. Incoming prisoners will be quarantined for 14 days, Cole said.

Muskegon County Sheriff Michael Poulin said 14 inmates who were in a work release program were let out of jail with deferred sentences.

“These individuals, they leave each day to go to work; they’re coming in and out of the facility,’’ Poulin said. “And really, the intent is to reduce as much exposure as we can of people leaving and coming back to the facility.’’

Judges, and not the jails, decide which inmates are getting out, LaJoye-Young said.

“We asked area judges to look at who they had that would be candidates for release, such as Friend of the Court and misdemeanor cases,’’ LaJoye-Young said. "It was across the board. Most of the judges were asked to release some people, and they agreed.’’

For those given a suspended sentence, the freedom is temporary, the sheriff said. “Which means when this is all over and the risk has died down, they will come back and finish out their sentence.’’

People who are arrested for serious crimes are still being processed at the jail; that has not changed.

“If someone needs to be brought to jail, they are here,’’ LaJoye-Young said. “We have not opened the doors and said ‘go.’’’