Houston Methodist said it's seeing the sharpest rise in COVID-19 patients since last summer. The hospital said about 85% are infected with the Delta variant. 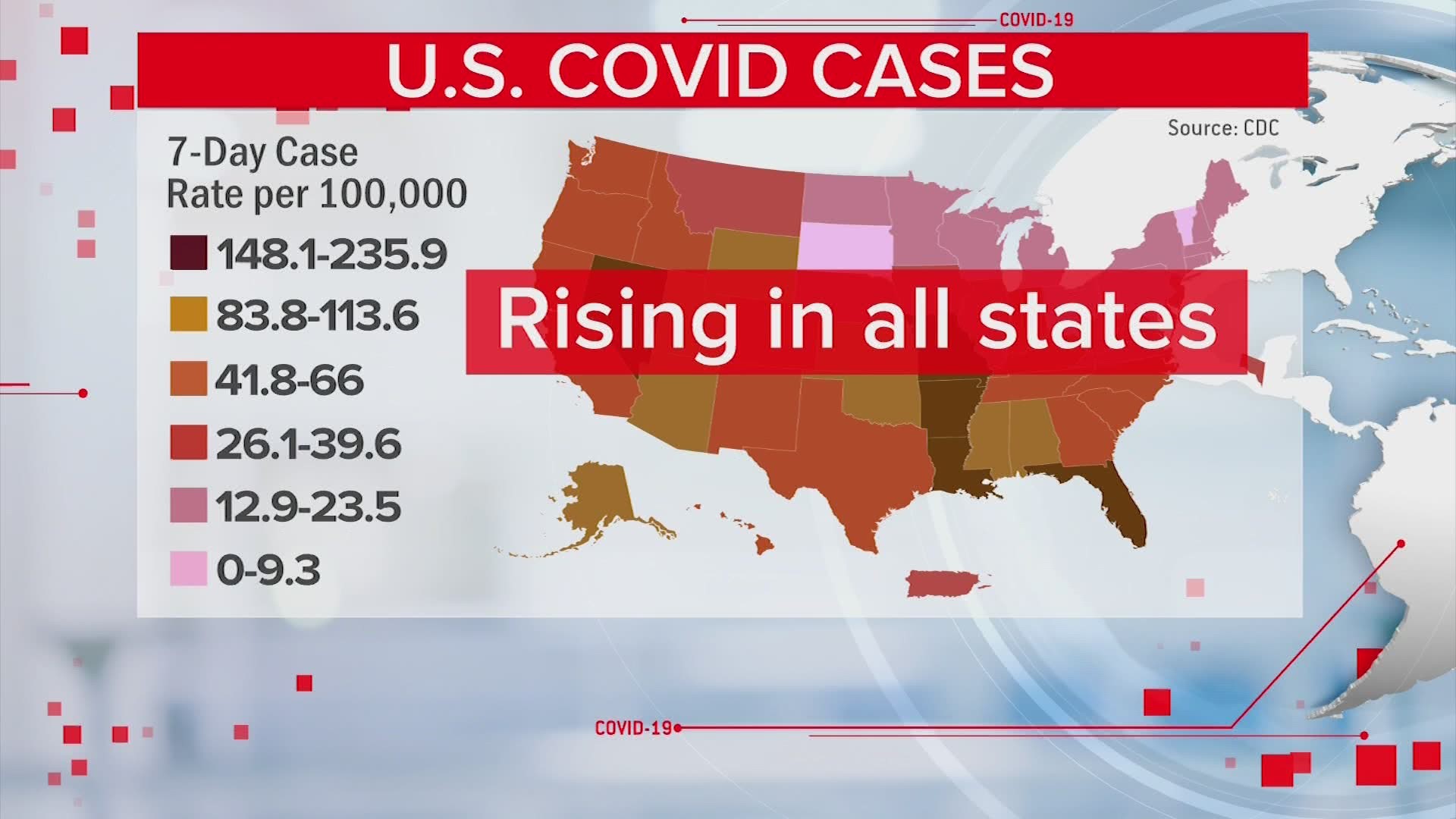 HOUSTON — Troubling new COVID-19 numbers are coming out across the country.

At Houston Methodist, the hospital reported seeing an alarming spike in the number of cases. It pointed to a steep increase over the weekend.

Cases are rising in all 50 states for the first time since January. The Centers for Disease Control and Prevention said unvaccinated Americans account for most of the increase.

Houston Methodist said about 90% of people hospitalized with COVID-19 are not vaccinated. Houston Methodist CEO Marc Boom said 85% of patients have the Delta variant but the hospital also recently identified its first case of the Lambda variant, which is the dominant strain in Peru.

Boom said the changes they've seen over the past week have been dramatic but unlike the surges last summer and winter, this rise is impacting a specific population: those who haven't been vaccinated.

"We're seeing a lot of young people getting infected, so that's people less than 40. We also know those are the people with the lowest rates of vaccination," Rivera said.

Boom said about 10% of people who are hospitalized at Houston Methodist are vaccinated, but most breakthrough cases are patients with weakened immune systems from cancer or organ transplants.

"We're watching every day as 30 people are admitted, knowing sadly over time, two to three of those individuals may pass away on average, which is all avoidable," he said.

According to the Texas Medical Center's online dashboard, about 9% of ICU patients have COVID-19, which is still a low number, but doctors are closely watching those numbers as they climb.