Replacement shipments have been sent out to those impacted. 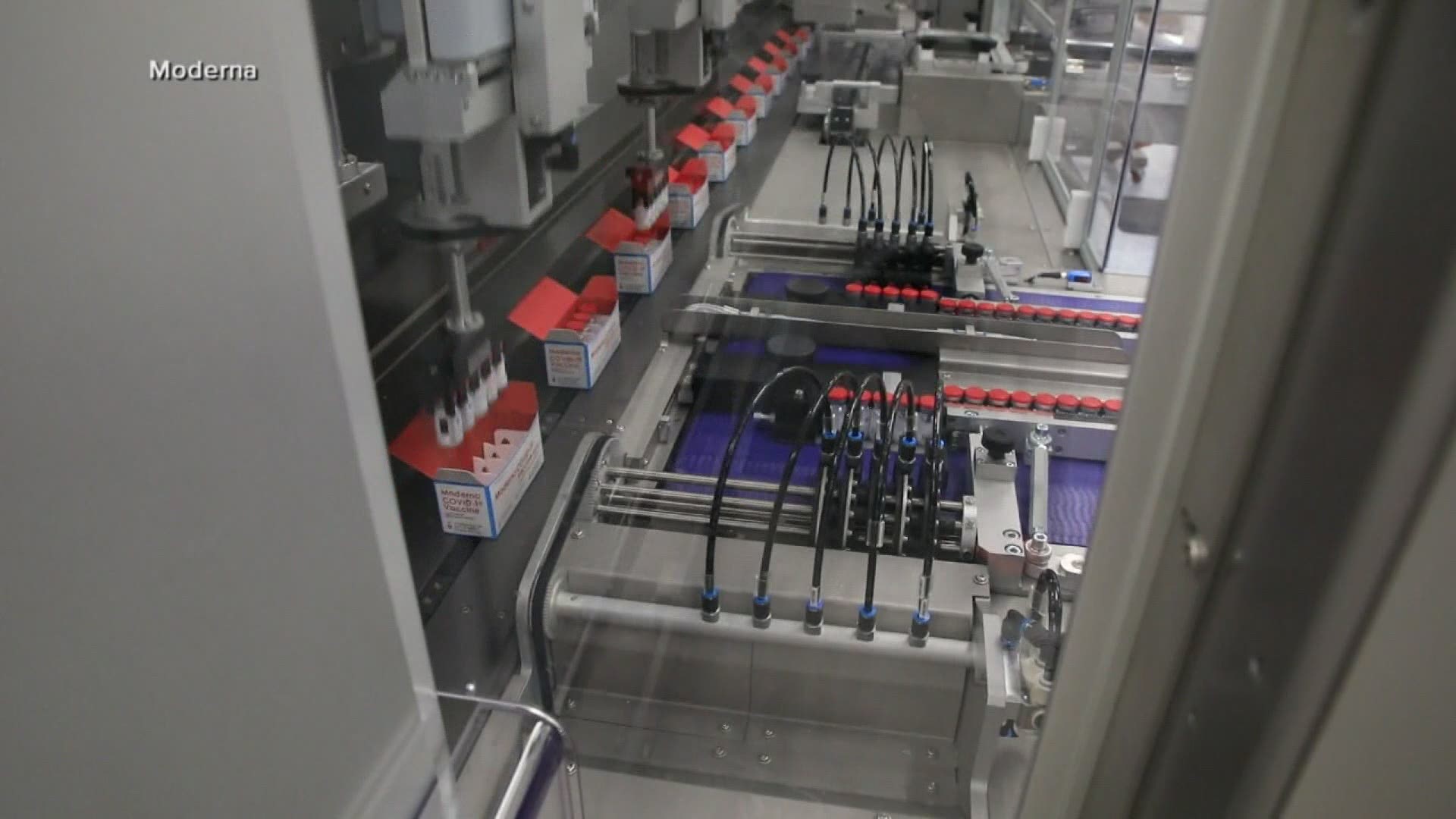 Gel packs that were 'too cold' are to blame for an issue that led to Michigan COVID-19 vaccine shipments needing to be replaced, according to the distributor.

21 shipments that arrived at vaccination sites across the state were impacted by the temperature control issue. McKesson, the company distributing the Moderna vaccine, sent replacements over the last two days.

The vaccines must be kept at a specific temperature range during transport. McKesson said in a statement Wednesday that it has "taken steps to prevent this from occurring in the future."

In total, 11,900 doses were impacted and replaced.

Ottawa County Department of Public Health received a replacement for there 1,600 doses late Tuesday evening. Spectrum Health said its Watervliet location had 300 doses replaced as a result of the temperature control issue.

Ottawa County said Wednesday it will hold two clinics this week on Thursday and Friday.

Due to the limited supply and short turnaround time, the county sent out registration links to 1,800 people in the 65 years or older category to fill 1,500 appointment times. If people within that randomly selected group of 1,800 did not fill the available time slots, the county says it will open it up to more people.

This cycle is being used to avoid overwhelming the system and causing frustration for those registering, said Marcia Mansaray, deputy health officer of the Ottawa County Health Department.

100 appointments were reserved for people who cannot access the current online registration system. The hope is that when the county begins receiving large enough shipments, it will be able to scale up mass vaccination clinics.

Mansaray said the county already has the resources in place for larger scale clinics, but shipments have fallen short each week. Last week, the county had requested 7,800 doses and only received 975 doses.

The spoiled Moderna shipment is another indicator of the logistical challenges that all those involved in this mass vaccination effort are faced with. Mansaray said Tuesday that she takes comfort in knowing that great care is being taken.

"I've got to be really satisfied and feel more comfortable that our community is being taken care of," she said. "We don't want to lose any doses, but we don't want to give anybody doses that aren't as effective as they should be."

The gel packs in an additional six other shipments headed for Michigan were found to be causing the same issue. Replacements were sent for those doses, as well. The state did not release the vaccine sites impacted by the spoiled vaccine shipments.

McKesson learned on Monday, Jan. 18, that certain deliveries of Moderna vaccines shipped on Sunday, Jan. 17, arrived at the sites of administration colder than the low end of the manufacturer’s stated temperature range. McKesson is replacing these vaccines. We also identified the root cause of the issue – some of the gel packs used to maintain appropriate temperatures during shipping were found to be too cold – and have taken steps to prevent this from occurring in the future.

McKesson also proactively reviewed doses that were slated for shipment on Monday, Jan. 18, and determined that a small percentage of those shipments were also impacted by the gel pack issue. McKesson did not ship those doses and is replacing them within the next 24 hours. McKesson worked directly with the CDC to notify each state awardee that was expecting a shipment about the delay.

McKesson is honored to play a pivotal role in this initiative of unprecedented scale. In this complex distribution program, our goal is that every shipment be received at the administration sites in a timely manner and within the temperature guidelines established by the manufacturer.