70 percent of Countryside Greenhouse's sales happen in May. 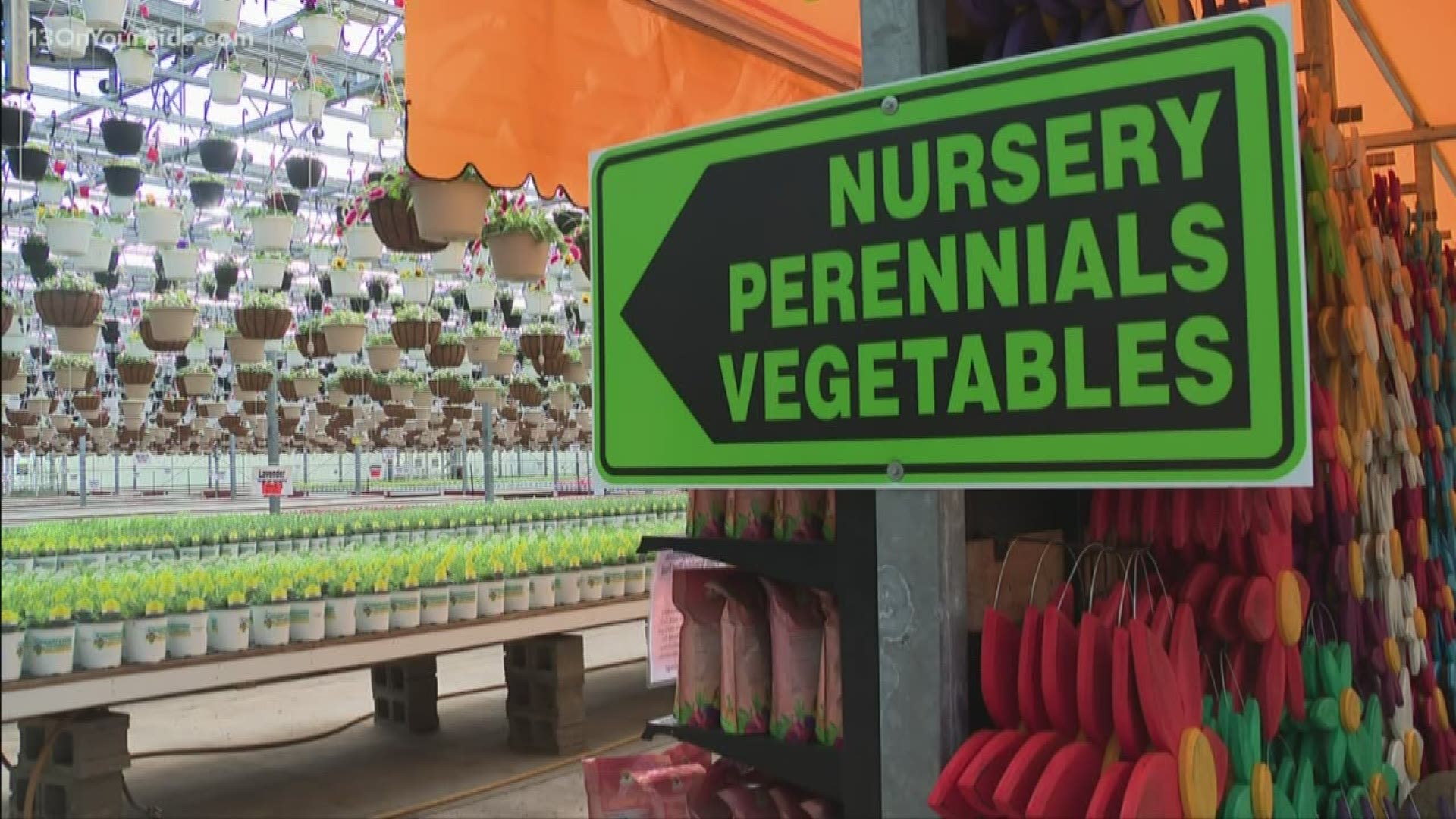 ALLENDALE, Mich. — Michigan is one of the largest growers of floriculture in the nation. According to Michigan State Extension, it’s a $472 million-dollar industry. Kalamazoo and Ottawa counties are the greatest producers of ornamental and vegetable crops.

But this year, things look grim.

“We’re praying, literally praying we are allowed to open in May and still salvage our year,” said Dale Buist, the president of Countryside Greenhouse in Allendale, “We’re no longer even thinking of a profit, just can we salvage the year and be here next year?”

Buist said the concern is that they miss their sales window. All year long, they plan and plant for a few months of sales; 70% of that takes place in May.

“If we lose that crop,” said Buist, “we have all of our funds and everything we can borrow into that crop. And we lose it, we’ll come back but not as what we were. It’d be a piece of what Countryside used to be.”

He said they had to lay off all nonessential employees earlier in March. In a typical season, he would be hiring additional seasonal workers to keep up with demand. At peak, Buist says they have more than 200 employees. But now, they are down to just 25, who are solely maintaining the plants in the greenhouse.

Right now, he has turned down the temperature in the greenhouse, to stall growth and put the plants into a holding pattern. He said they can do that for about 30 days before the product needs to be tossed.

Countryside Greenhouse is home to 16 acres of greenhouse and has been in Allendale for 38 years. He already made the decision to end construction on an addition to the greenhouse. It would have been a $4 million expansion of 180 thousand square feet.

Credit: 13 OYS
These are the plant that would normally be rolled out after the main retail floor was clearing out due to sales. Now, workers try to maintain the plants in hopes they can be sold down the line.

Planting for 2021 would normally start in June, but he’s unsure of the future of that as well.

“There’s an unfairness that the Walmarts, Meijers, Home Depots, and Menards, those chains are allowed to sell, and we’re not allowed to,” said Buist, “And we understand it, we don’t dictate it, but we hate to watch our crop here.”

Buist said people have been calling and wanting to purchase plants. Many people are staying home per the Governor’s order, and wanting to start planting for the season. Buist wishes he could help these people, and still stay open and sell in some capacity.

“We will sterilize,” said Buist. “These aisles are seven feet apart and a bench in-between. We will keep the minimum number of people. We will do whatever it takes to keep people safe, but we need that.”

Buist said he understands the situation, but prays the order is lifted at the end of the month.

“I don’t know if our state can survive with the business it’s going to lose,” said Buist, “There’s about 600 independent garden centers in Michigan. There’s not many that will survive this. The revenue is gone, and things might change but I don’t know.”

Credit: 13 OYS
The heaters in the Greenhouse have been turned down to slow growth of the plants.