“Today, our team suffered a terrible loss. No words can adequately express our sadness,” Sheriff Danny Rogers said upon learning of the deputy’s passing. 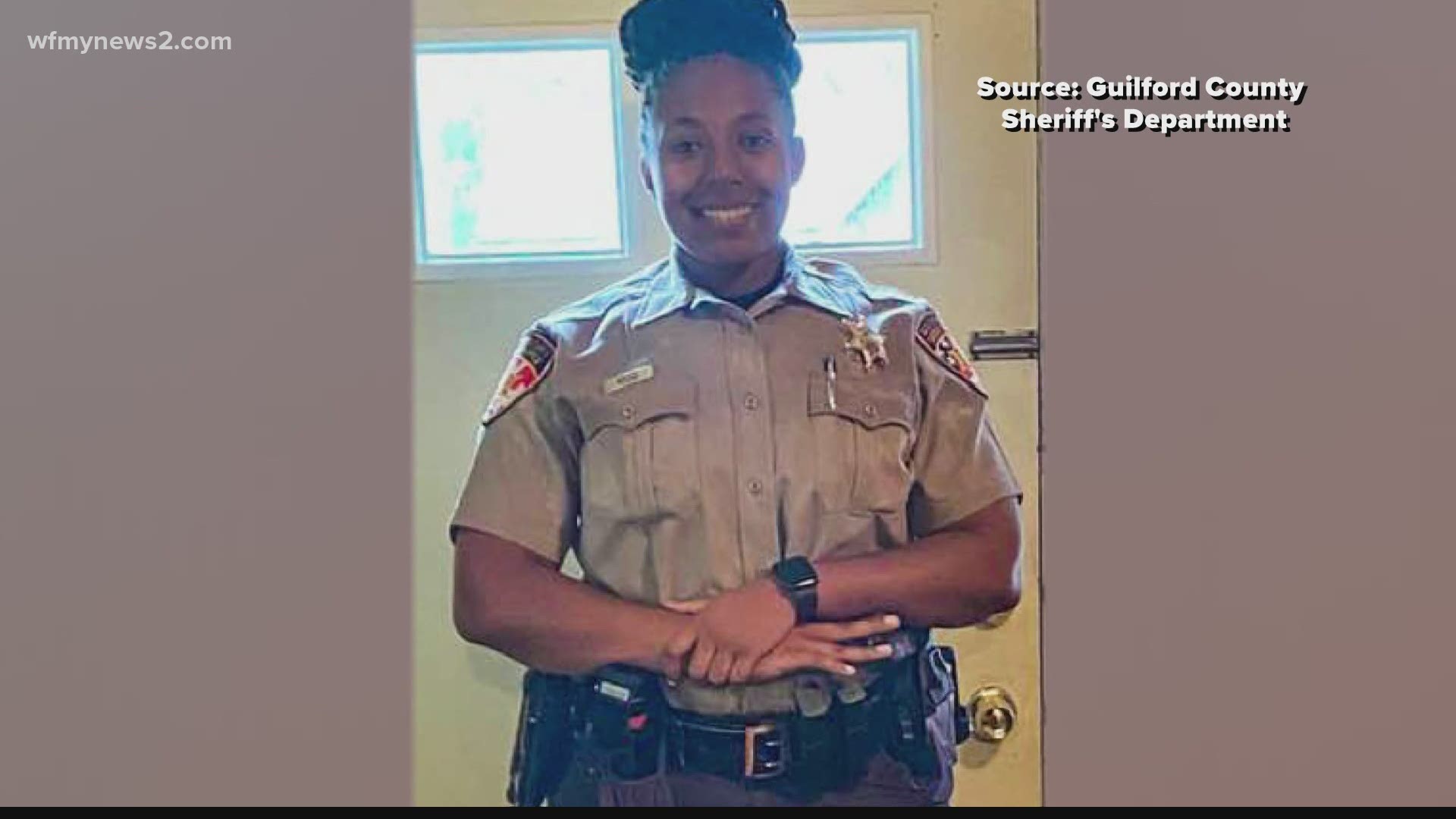 GREENSBORO, N.C. — A Guilford County sheriff bailiff died from medical-related issues after testing positive for COVID-19, according to the Guilford County Sheriff's Office.

Sheriff Danny Rogers said the deputy, Lakiya Rouse worked a full day shift as a bailiff at the Guilford County Courthouse in Greensboro on Monday. He said Rouse spent time in Courtrooms 1C, 1D, 2B and 2C while on duty.

The next day, Rouse reported to work at the courthouse, but left early after feeling ill. Rouse went to a hospital later that day for treatment but passed away Wednesday morning.

“Today, our team suffered a terrible loss. No words can adequately express our sadness,” Rogers said upon learning of the deputy’s passing.

Superior Court Judge Lora Cubbage said Rouse started working in her courtroom when she was in Superior Criminal court in December 2019.

"Lakiya was a beautiful spirit inside and out. She was always smiling. We talked and joked about me challenging her to a one-on-one basketball game and we also talked about other goals she wanted to accomplish. While we know our creator makes no mistakes, this is sure hard to process. Our hearts are broken!" Cubbage said.

Rogers said everyone who worked with Rouse loved her.

"People loved her, she was phenomenal," he said. "I like to believe she was able to fulfill her passion and become a sworn deputy for Guilford County Sheriff's Office and got a chance to live out her dream. Unfortunately, you know, her dream was cut short."

Sylvie Everhart went through the police academy with Rouse. She said being some of the only women in their class, they became close.

"She was probably one of the most athletic in the class. There were probably two or three people who were extremely athletic and she was one of them. She would run laps around all of us," she said.

RELATED: Guilford County Courthouse in Greensboro to close for rest of week after COVID-19 exposure

Everhart said they went out to lunch almost every day, talking for hours.

"She wouldn't back down from a challenge. She knew what she wanted. She knew she wanted law enforcement to be her career," Everhart said.

Rogers believes law enforcement was her calling, too. He said Rouse left a positive mark on the department, paving the way for other women to walk in her footsteps.

"She was a great example for females to enter or be apart of the law enforcement profession. She set a strong precedent there," Rogers said.

Her former colleagues, like Everheart, are proud of everything she's accomplished.

"The whole class is proud of her. We're proud of what she became, what she ended up doing. We're definitely proud of who she was," Everhart said.

Rogers wanted to issue an alert for anyone who may have been in Greensboro courtrooms 1C, 1D, 2B or 2C on Monday to get tested for COVID-19 and be hyper-vigilant for any COVID-19-related symptoms.