As of Monday morning, 80 inmates and 14 Michigan Department of Corrections employees have the virus. 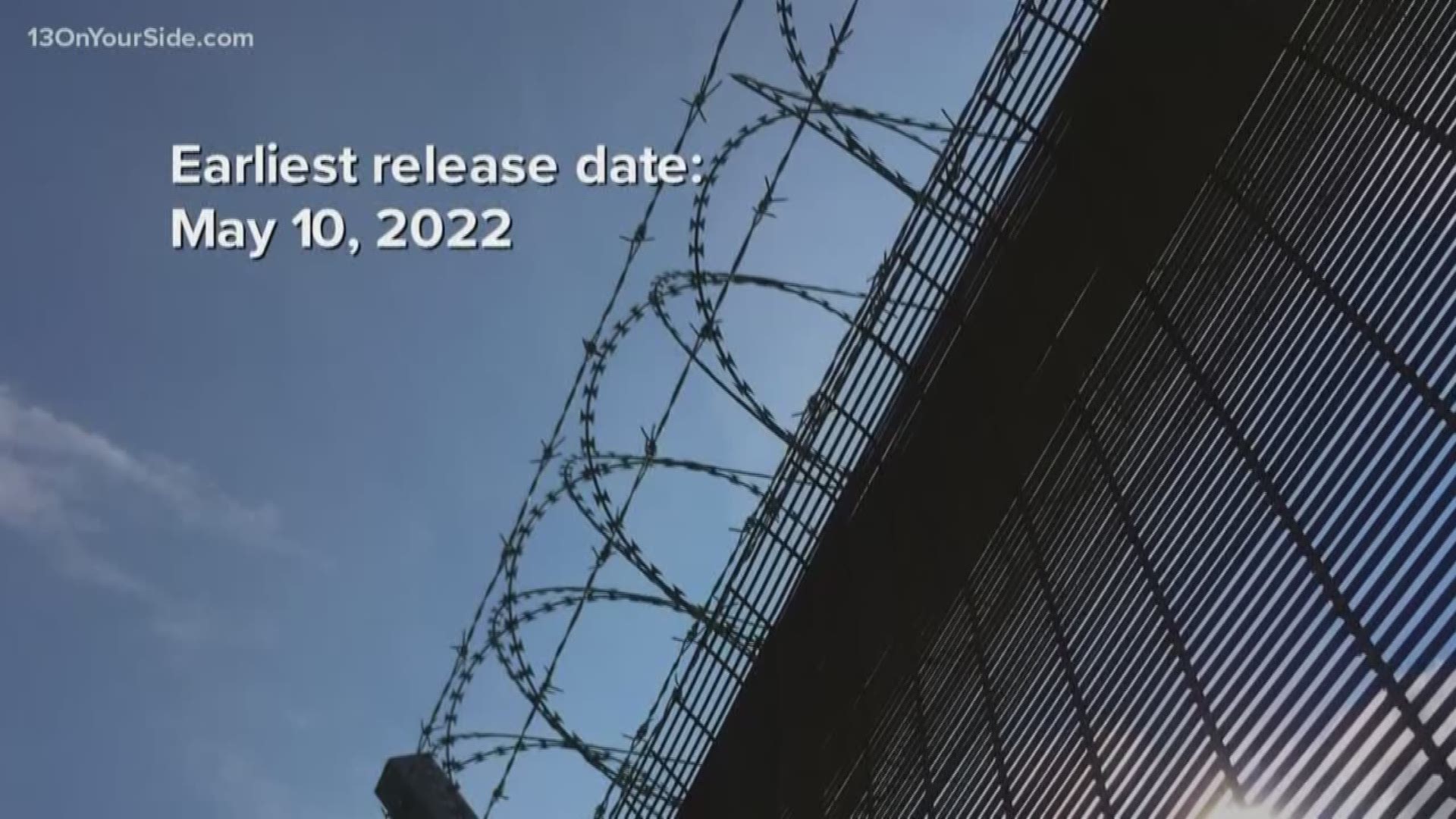 Samantha Jacobs is terrified that COVID-19 will soon become a life or death situation for her father, and there's not much she can do about it.

The call would come from the Michigan Department of Corrections, a prison system where the number of employees and inmates with the novel coronavirus continues to rise. As of Monday morning, 80 inmates and 14 MDOC employees have the virus.

Jimmy Robert Pethers, Jacobs' dad, is housed at the Detroit Reentry Center on methamphetamine charges. There's at least four people with the virus at his facility, according to the department's count.

“They are terrified for their lives in there," Jacobs said.

Pethers has at least two years left on his sentence, which means despite suffering from kidney failure, the 57-year-old Kent County man cannot be released from prison unless there's an executive order or a law change.

Credit: Samantha Jacobs
Samantha Jacobs smiles for a photo with her father, Jimmy Robert Pethers, at her most recent visit to Detroit Reentry Center. She last saw her dad just a couple weeks before the facility stopped accepting visitors due to COVID-19. They now keep in touch by phone. Inmates have two free 5-minute phone calls a week amid the pandemic.

“There is no such thing as early release in Michigan prisons because of the truth in sentencing law," said MDOC spokesman, Chris Gautz.

The law requires prisoners to serve out 100% of their minimum sentence. Gautz said inmates with serious health conditions are the ones the department is most worried about, but it can only release those already eligible for parole.

"We are working with the population that we can control," Gautz said.

WHO GETS RELEASED DURING COVID-19

Of the 38,000 inmates in Michigan prisons, there's about 5,000 eligible for parole. Gautz says the parole board has been working around the clock to continue paroling inmates during COVID-19. Over 120 inmates are paroling this week through the normal parole process, Gautz said.

Parole board interviews are now happening via video conference calls, and many scheduled parole dates are being moved up to this week or next.

In addition, Gautz said they are looking into releasing parole eligible inmates who are 60 years or older and/or who have a preexisting health condition. But, Gautz said the discussions surrounding parole for certain inmates isn't easy.

Gautz said the department is still figuring out who should be prioritized for release.

"Those are the talks we are having with the goal of helping to slow the spread both inside the prison and out," he said.

MDOC acquired hundreds of test kits and has kits available at all of its facilities. So far, almost 200 inmates have been tested. There are confirmed cases at nine of the state's 29 prisons.

The MDOC is also posting daily updates about inmate cases. As of Monday morning, the most COVID-19 cases were confirmed at Parnall Correctional Facility in Jackson, where there are 29.

Most inmates are recovering without hospitalization, Gautz said. The MDOC has transferred many of the inmates who test positive to a vacant Jackson facility to recover in isolation. The facility can house up to 90 people.

Those in need of hospitalization will receive care at the Duane Waters Health Center.

Gautz said the department does expect the number of cases to continue increasing this week due to the fact that it's testing more inmates.

"It's not a good thing to have your numbers increase," Gautz said. "But, we want to know where those numbers are, so we can really address the needs there."

HOW COVID-19 ENDED UP IN PRISONS

MDOC stopped allowing visitors or volunteers at facilities beginning on March 13, and the department has largely cut down on the transport of inmates.

But, Gautz said a number of MDOC employees who end up having the virus were not able to be tested at their area hospitals and continued to come to work as a result.

"If there was more testing nationwide, we wouldn’t have as many issues as we are having we don’t think," Gautz said.

As a result, MDOC implemented this week a stricter screening policy for employees, including a temperature check and a series of symptom-related questions.

HOW MDOC PLANS TO CURB THE SPREAD

The MDOC says its facilities have undergone increased and more frequent cleaning, and bleach was also authorized recently to be used at all facilities.

Workers at prison-run factories are also working to create enough masks for every inmate and employee to have three within the next week or so, Gautz said. In the meantime, employees are allowed to bring their own masks or gowns to wear at work, if they prefer. Gautz said MDOC employees are also provided with PPE when they need to transport inmates.

Gautz said the department is doing everything they can to enact social distancing in the chow halls, in classrooms and in common areas.

At the Detroit Reentry Center, Jacobs says her father has been isolated in his cell and provided a mask, but it still does little to curb her fears of the worst.

“I understand that he did wrong and he is doing his time for it, but he is a person just like every other inmate is a person," she said. "They deserve just as many rights as we do when it comes to this."

Gov. Whitmer's office could not immediately be reached for comment regarding the possibility of executive orders pertaining to prisoner release.