The Kent County Jail currently houses about 1,100 inmates, none of whom have shown symptoms consistent with coronavirus, Sheriff Michelle LaJoye-Young said. 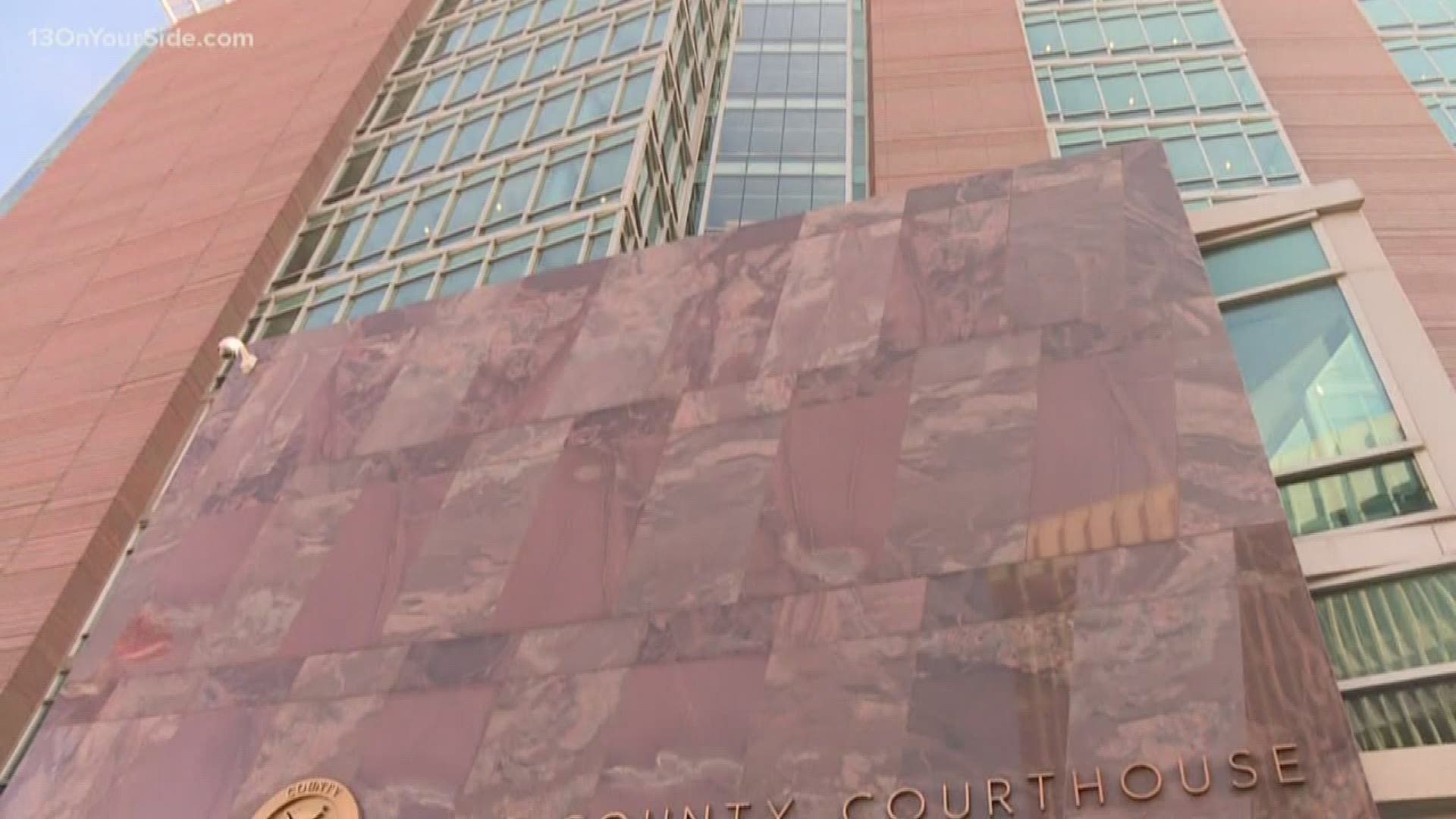 GRAND RAPIDS, Mich. — Coronavirus precautions underway at the Kent County Jail include additional inmate health screenings, along with bond and sentence modifications that would allow some inmates to be released.

"We are taking precautions, like everyone else, and making arrangements to deal with what is presented to us,'' Kent County Sheriff Michelle LaJoye-Young said on Friday.

Incoming prisoners already undergo health screenings, but a secondary screening for coronavirus symptoms is underway for about 150 inmates booked into the jail since late February, LaJoye-Young said.

“We have started to screen for that, but we do not, at this time, have anybody who’s exhibiting symptoms that they’ve articulated,’’ LaJoye-Young said.

“This is what we do for a living,’’ she added. “The population we deal with often come in with viruses or substances we need to treat for already.’’

Jail staff will also work with Kent County judges to determine which inmates might be eligible for release, either by having their bonds changed or having sentences reduced.

RELATED: Courts respond to coronavirus; some hearings and trials will be adjourned

LaJoye-Young said only about 2-3 percent of the inmate population would be affected.

“There’s a vetting process,’’ she said. “I have no concern that anybody who would be a risk to the community would be released in this process.’’

Releasing prisoners early isn’t new. It was common practice some 30 years ago when jail crowding was a chronic problem. That was alleviated when a new facility was opened in the early 1990s.

Kent County has a current jail population of about 1,100 inmates. The facility on Ball Avenue NE has more than 1,400 beds. Should a prisoner be diagnosed with coronavirus, LaJoye-Young said isolation will not be a problem.

“We have many locations in the correctional facility where people are in individual cells, and that is a sufficient isolation for this particular contaminant,’’ she said.

Of bigger concern, she said, is jail staffing. “That will be my consideration. It won’t be how many beds we have; it will be how many staff I have to support the operation.’’

Jail staff already adhere to rigid sanitation and cleaning practices to help reduce exposure to germs, she said. “Most of our precautions surround sanitation of the correctional facility,’’ LaJoye-Young said.

RELATED: Know the difference between COVID-19, flu and allergies

The jail has dealt with other public health threats, notably the 2009 H1N1 pandemic. According to the Centers for Disease Control and Prevention, the H1N1 pandemic resulted in 60.8 million cases and more than 12,400 deaths in the U.S.

“This is not the first time that we’ve had a community illness that could impact our jail population,’’ she said. “And if it happens that they contract the coronavirus, we’ll still have to secure them as they are receiving medical treatment either here or elsewhere.

“Obviously, an inmate’s medical condition can change at any point,’’ LaJoye-Young said Friday, March 13. “But, as we speak this morning, I have nobody with symptoms.’’
►Do you have more questions about COVID-19 in Michigan? Check out the state's website.