As cases and hospitalizations tick upward, health officials are every level are sounding the alarm once more. 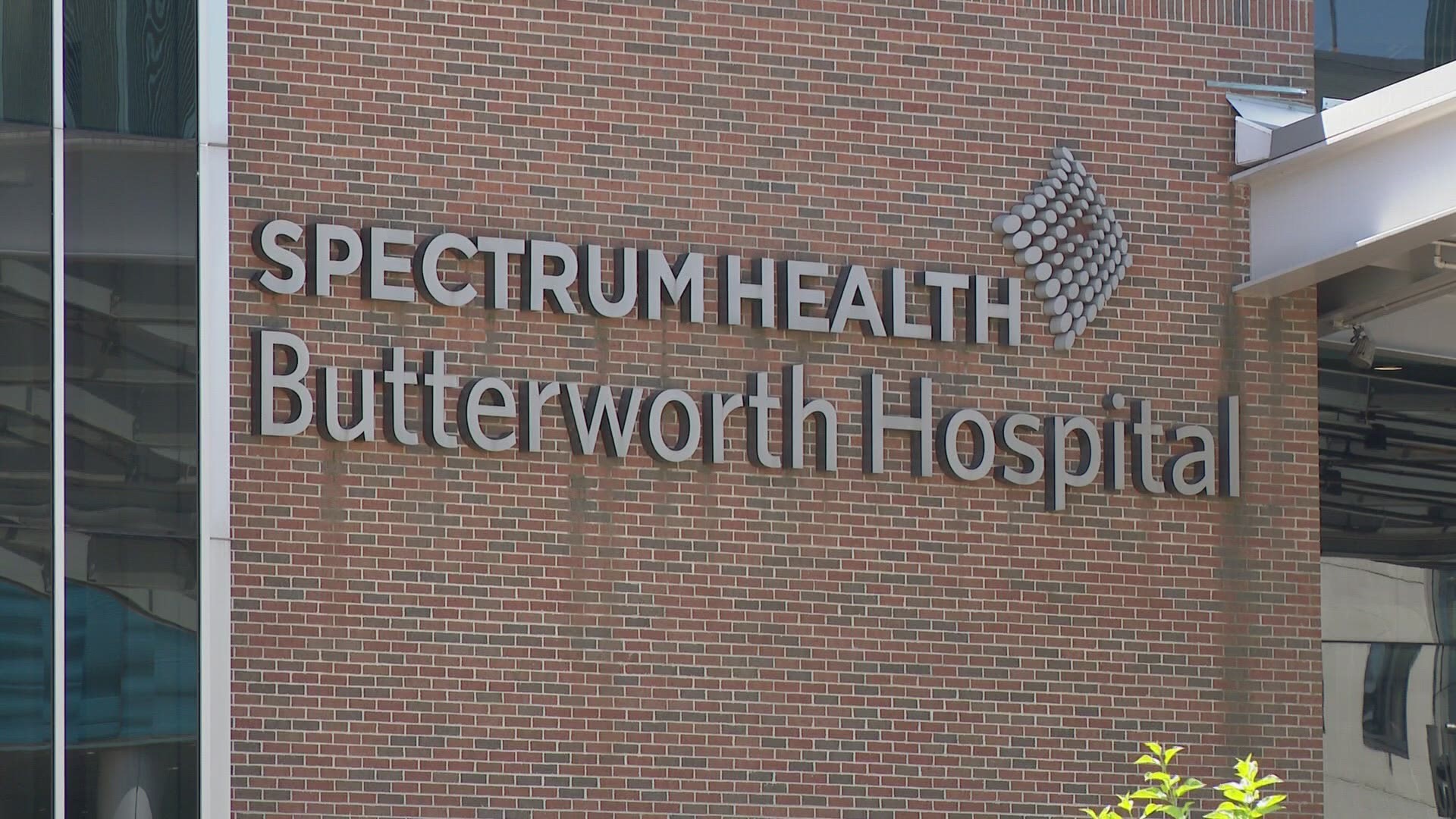 KENT COUNTY, Mich. — On the same day that Michigan reported its highest number of daily coronavirus cases, so did Kent County.

The state reported 3,338 cases on Saturday, Oct. 24, and Kent County accounted for 326 of those cases. Michigan's Department of Health and Human Services said the record-high case count Saturday, which included test results from the past five days, revealed current trends about the way the virus is spreading.

“The data shows we are continuing to see alarming increases in the incidence of COVID-19 infections in Michigan, “said Dr. Joneigh Khaldun, chief medical executive and chief deputy for health, in a statement released Saturday.

Saturday's case count is more than double the previous single-day record set on Oct. 15 with 2,030 cases. While testing has increased since the beginning of the pandemic, health professionals say it's been steady since about mid-summer and cannot account entirely for the current influx.

"This rise supersedes any sort of adjustment that you would expect based on testing patterns, so we are convinced there is a rapid change in the spread across Michigan," said Emily Martin, an associate professor of epidemiology at the University of Michigan.

More is known about how to combat the spread of the virus during this most recent surge, or third wave in coronavirus cases. However, it comes at a time where the seasons are changing, preventative measures have become increasingly politicized and 'COVID-19 fatigue' has more than set in for many, health officials say.

Gov. Gretchen Whitmer's ability to enact executive orders was also halted by a Supreme Court ruling. MDHHS has issued orders in the governor's place, but it's abilities are not as far ranging.

During a presidential campaign event in Grand Rapids, the governor said the mask mandate is still in place for a reason.

The increasing number of coronavirus cases brings with it concerns of rising hospitalizations.

Spectrum Health reported Monday it's treating more COVID-19 patients than it ever has during with pandemic with 151 positive patients and eight others pending as of Monday.

In Kent County, Dr. Adam London, director of the county's health department, said hospitalizations have more than tripled over the last month or so. The county's positivity rate has also more than doubled to now 6%.

"If this demand and pressure on our hospitals continues to increase, we're going to start to see diminished outcomes for those that are providing care for," London said in an interview Monday.

London attributes many recent outbreaks to small gatherings, a trend that can also be seen at the statewide level.

"It's, you know, 10 or 20 or 30 people together, outside of the work or school environment that seems to be linked to many of the cases that we're seeing now," London said.

Those gatherings then cause spread in other areas says Martin, the associate professor from U of M.

"Everybody's household gets affected. Everybody's workplace gets affected, so the larger these gatherings the larger the spread is," said Martin, during a COVID-19 roundtable hosted by MDHHS on Monday. "That's something that's highly concerning and really hard to get a handle on and to control."

The virus' progression can also been seen with a look at the demographics. Last month, Kent County residents ages 20 to 29 were the primary age group testing positive for the virus. A similar tale was true for much of the state beginning in the summer, many outbreaks were occurring within younger populations, Martin said.

London said 21 people ages 80 or older tested positive throughout September, but so far in October, that number is well over 100.

"It's very clear that we can't keep any one part of our community in a bubble, that all groups are connected to everyone else in the community," he said. "And what was, you know, younger people really driving our numbers in September has spilled over into the rest of the community in October."

Throughout the pandemic the highest concentration of cases in Kent County were in Grand Rapids, Kentwood and Wyoming. However, another trend seen both statewide and locally, London says, is outbreaks in the suburban and rural areas, as well.

"This is affecting everyone right now," London said.

London said masking up, social distancing and hand washing continue to be the best tools to combat the spread. He also advised people get their flu shot to lessen the burden on hospitals come flu season.

"We've been saying for some time now that we're probably going to see a wave in the fall. We're certainly seeing that now," London said. "But, we still have it within our ability to exercise precautions and to try to make sure that the peak of this wave is less than it would be if we ignore those precautions." 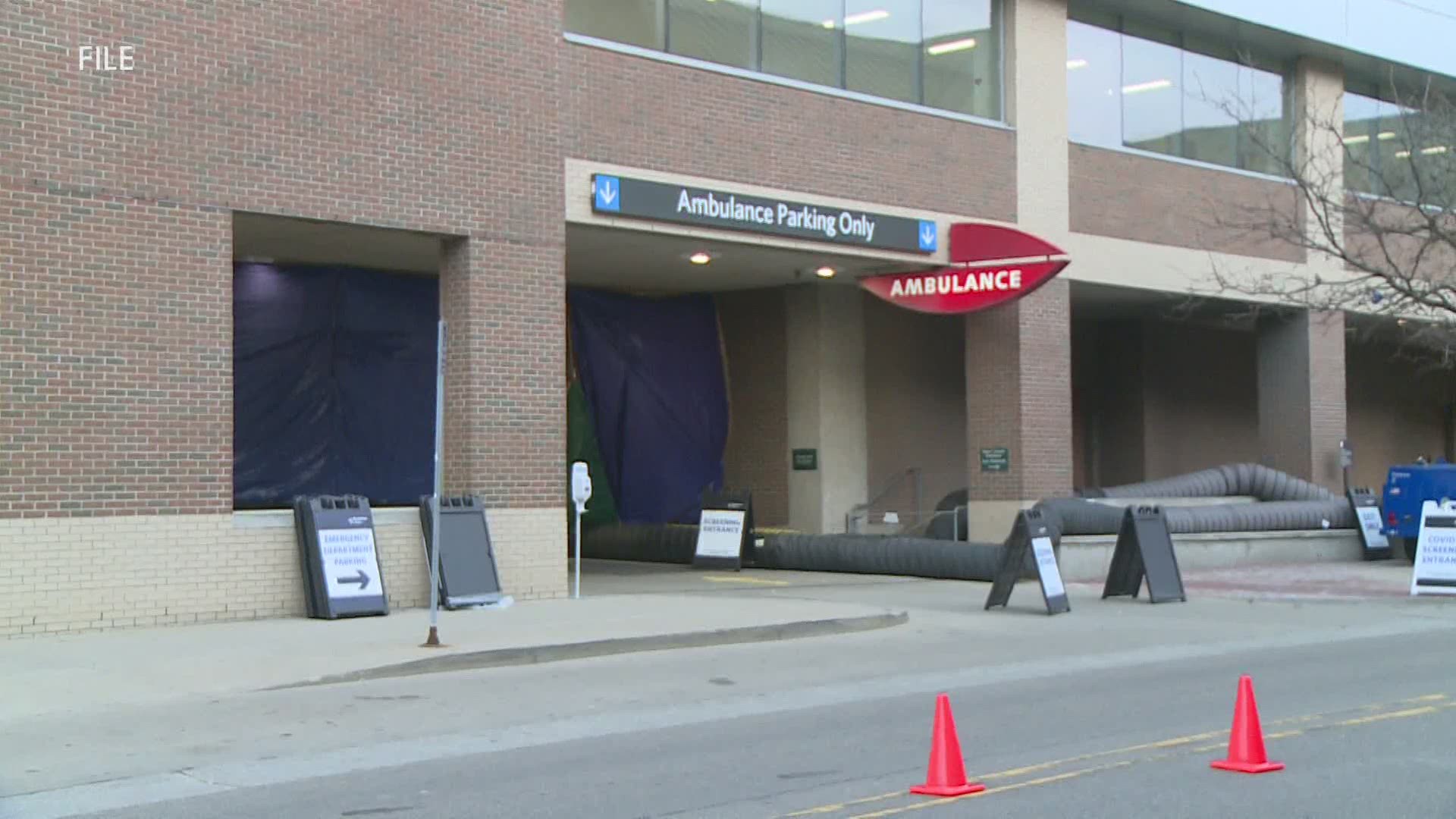