Spell, leader of the Life Tabernacle Church, was arrested on a charge of aggravated assault related to an incident that happened Sunday. 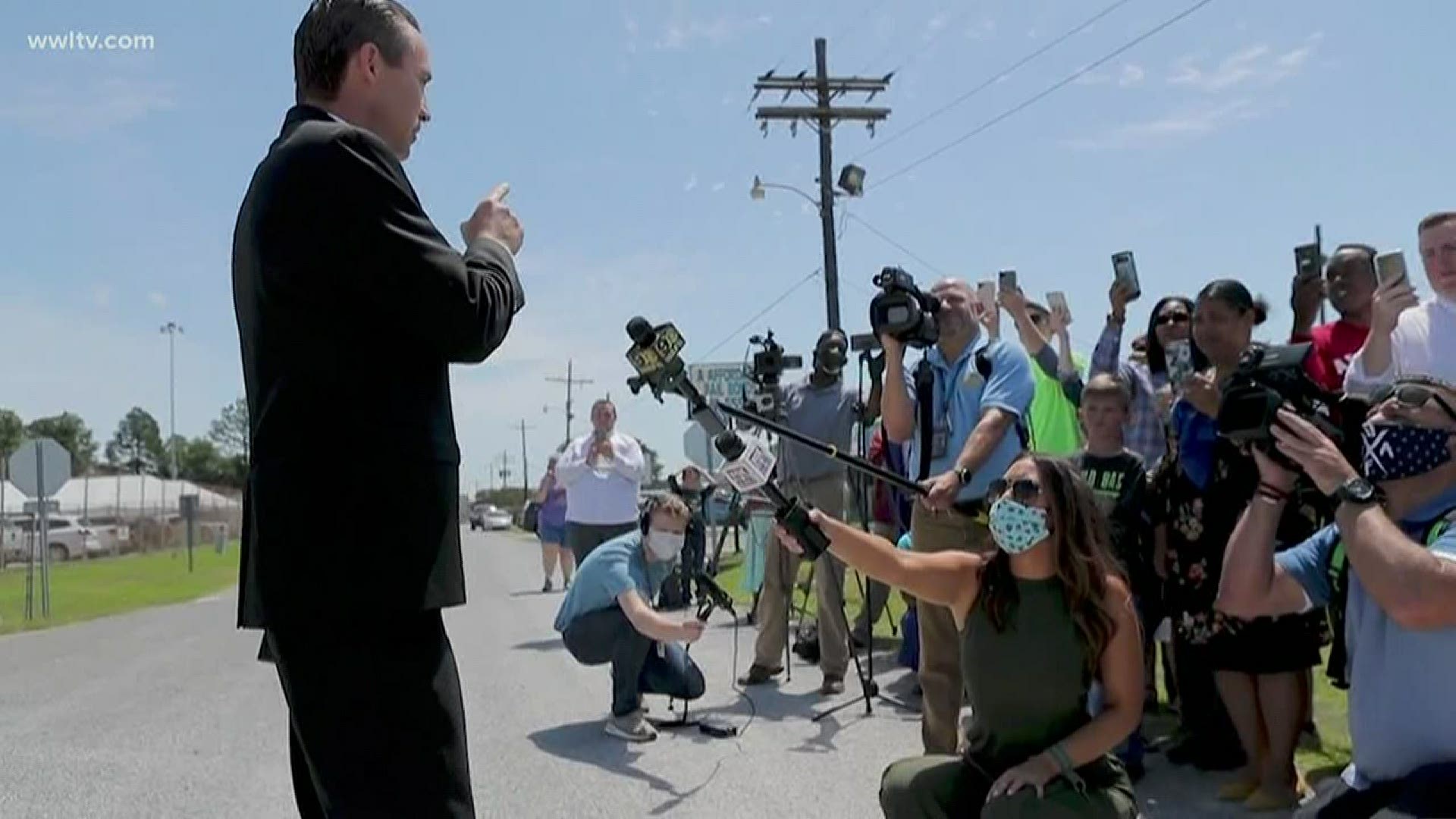 NEW ORLEANS — The Louisiana pastor who notoriously defied Louisiana's stay at home order during the height of the coronavirus crisis now has been arrested.

According to court documents, Tony Spell was wanted for misdemeanor charges of aggravated assault and improper backing after he allegedly backed a church bus into a protester near Life Tabernacle Church on Sunday.

The documents say a witness saw the bus turn into a church parking lot before it started backing into the street in the wrong direction and onto the shoulder toward a protester. The witness said the bus continued backing up for "no apparent reason" and stopping abruptly about five feet away from the protester.

The protester told officers that he "was in fear for his life" because he thought the bus was not going to stop.

"He thought the bus was trying to run over him," the warrant says.

The warrant says home security cameras captured the incident as well as the driver, identified as Spell, stepping out of the bus. A reporter who was also at the home provided officers a photograph of Spell taken earlier in the day that showed Spell wearing matching clothes as the bus driver seen in the security video.