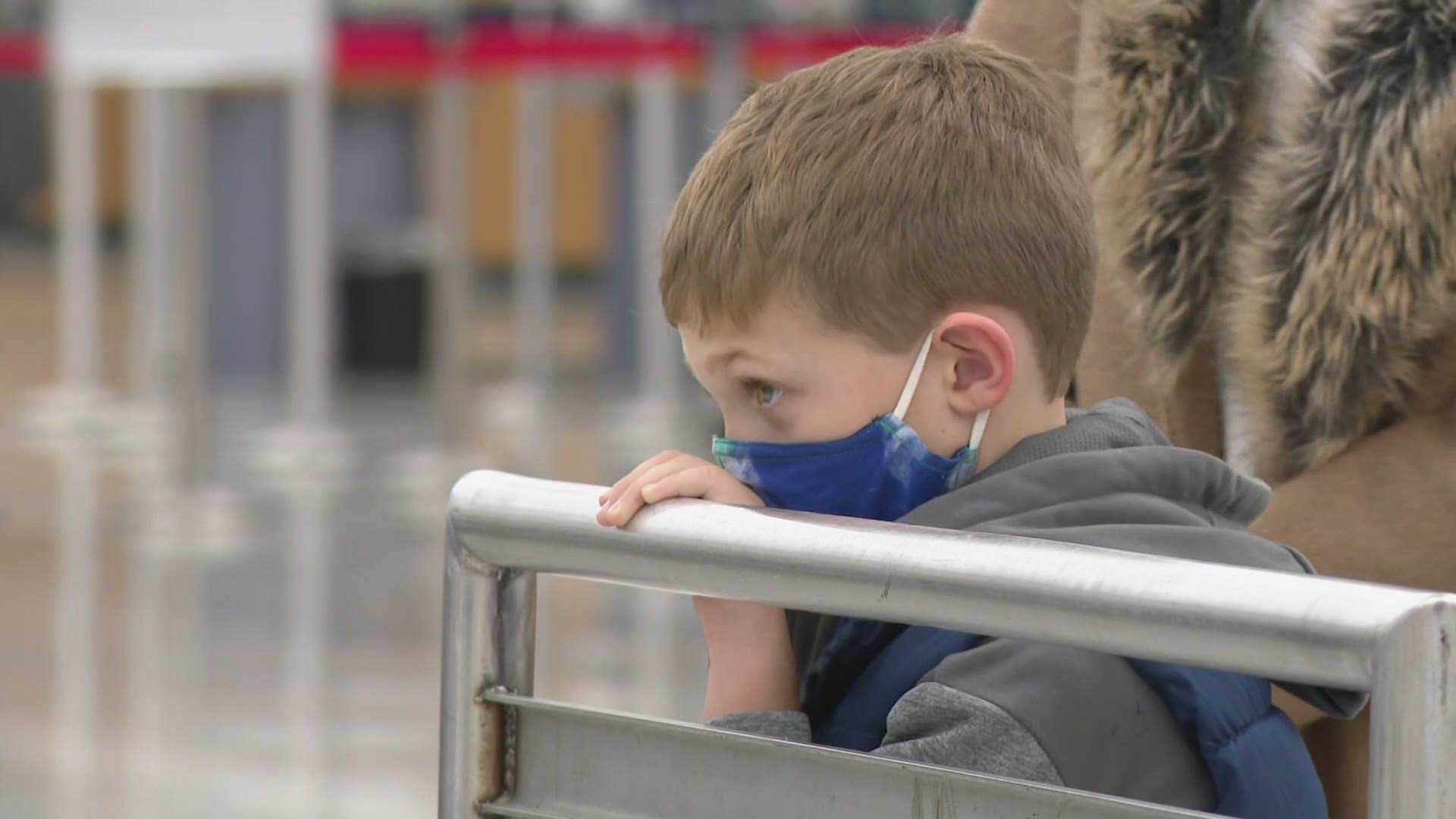 GRAND RAPIDS, Mich. — Beginning Monday, April 26, Michigan’s face mask mandate will also apply to children between the ages of two and four. That means they are now required to wear a mask in all public places, including schools, childcare centers and camps.

Earlier this month the Michigan Department of Health and Human Services extended the existing COVID-19 health order and added the new requirement.

“Even from the fall, the Centers for Disease Control and Prevention has said kids two and older should be wearing masks, to begin with. So, you know, this isn't an out of the blue, left-field kind of a thing that's being done now,” says Dr. Matthew Hornik, with Pediatric Care Corner in West Bloomfield Township.

“You know, the data recently has shown an increase in children. As more adults are getting vaccinated and as this UK variant is spreading in the state, it's a lot more contagious. So, yes, there still is a small amount of spread in schools and daycares. But, anything we can do to help kind of mitigate that spread even further is going to help.”

RELATED: B117 variant spiking in many states, experts believe kids may be spreading it more than other strains

Hornik is also the president of the Michigan Chapter of the American Academy of Pediatrics. He says parents should not be concerned about young children and toddlers wearing face masks, as there is no evidence that they will be harmful.

“They're safe to wear if you're changing them out, you're not wearing the same mask every day there's really no risk of getting bacteria, or anything else like that, you know, there's no change in oxygen level," he says. “But, part of it's also trying to find the right size mask. So, a three-year-old should not be wearing an adult mask. They should be wearing a children's mask...Then we teach them and encourage them to do the best that they can.”

Hornik says it may take a couple of attempts to find the perfect fit, but doing so will also help ensure that young kids keep their hands out of their faces.

“I've seen a huge increase in comfortability, even in my own office, with kids who at the beginning of this whole thing were having to wear masks in the office,” says Hornik. “You know, now I see them and it's like nothing is even happening. They're just totally comfortable with it.”

He believes, like with most things, the adults in children’s lives will set the standard.

“This kind of goes back to, if we're modeling good behavior and talking to them about it, and taking away that kind of stigma of it being bad, then they're more likely to wear it,” he said. “So, put it on their stuffed animals. Show, pictures of other kids wearing it. And, as they get older they're obviously going to ask more questions and you can be able to explain, ‘you know you’re wearing this to help protect yourself and to help protect others and doing your part to get through this pandemic." 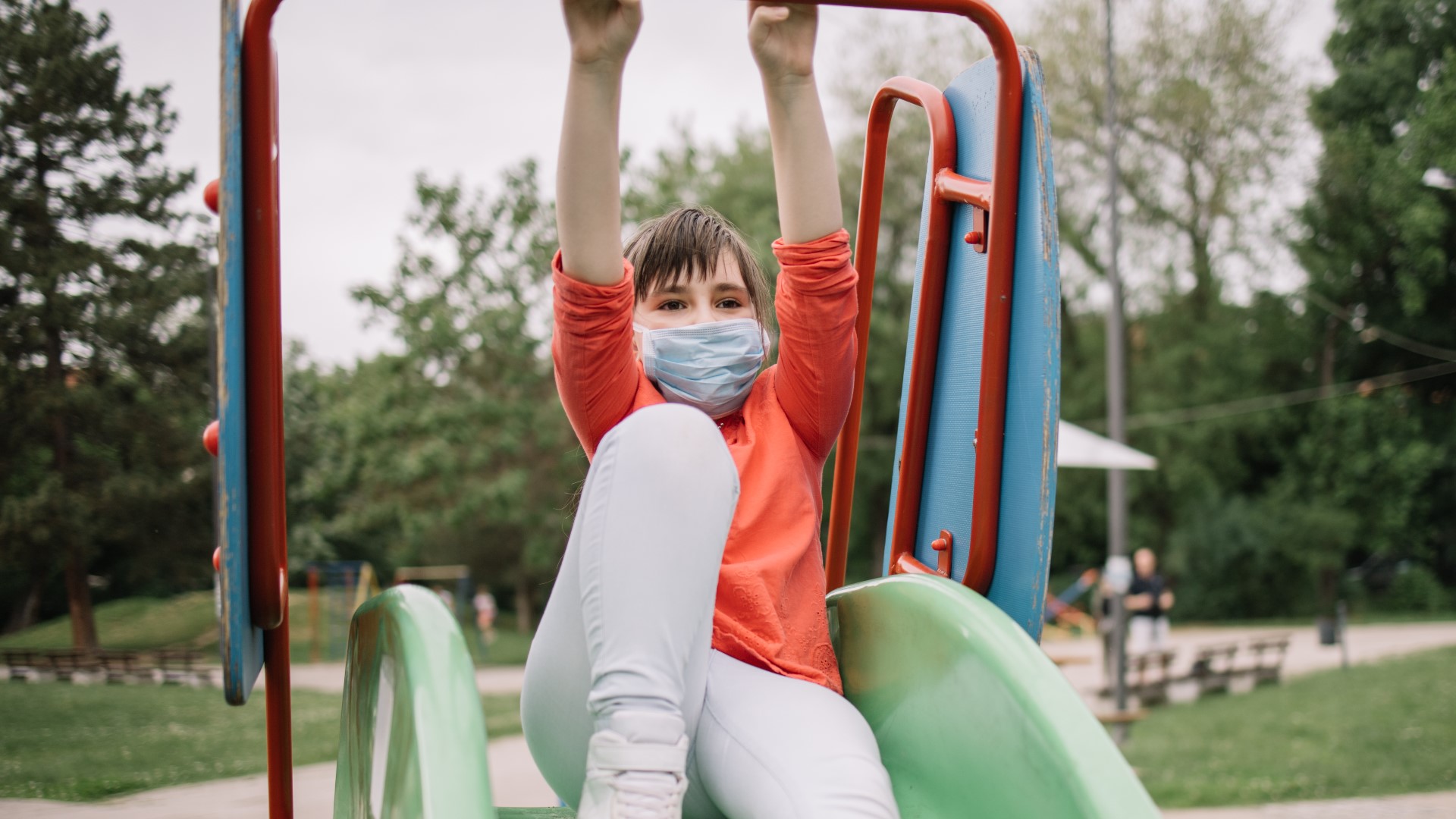 Hornik says parents who worry that wearing masks will hinder the natural immune systems in children that young…shouldn’t.

“I would say yes I understand where that's coming from. For the short term it is decreasing the exposure to their immune systems, but their immune systems will have plenty of time to catch up, with all of the things that they're going to be touching and playing with over the years.”