The emergency order reinstates some of the main COVID-19 mandates that were issued as executive orders by Gov. Gretchen Whitmer. 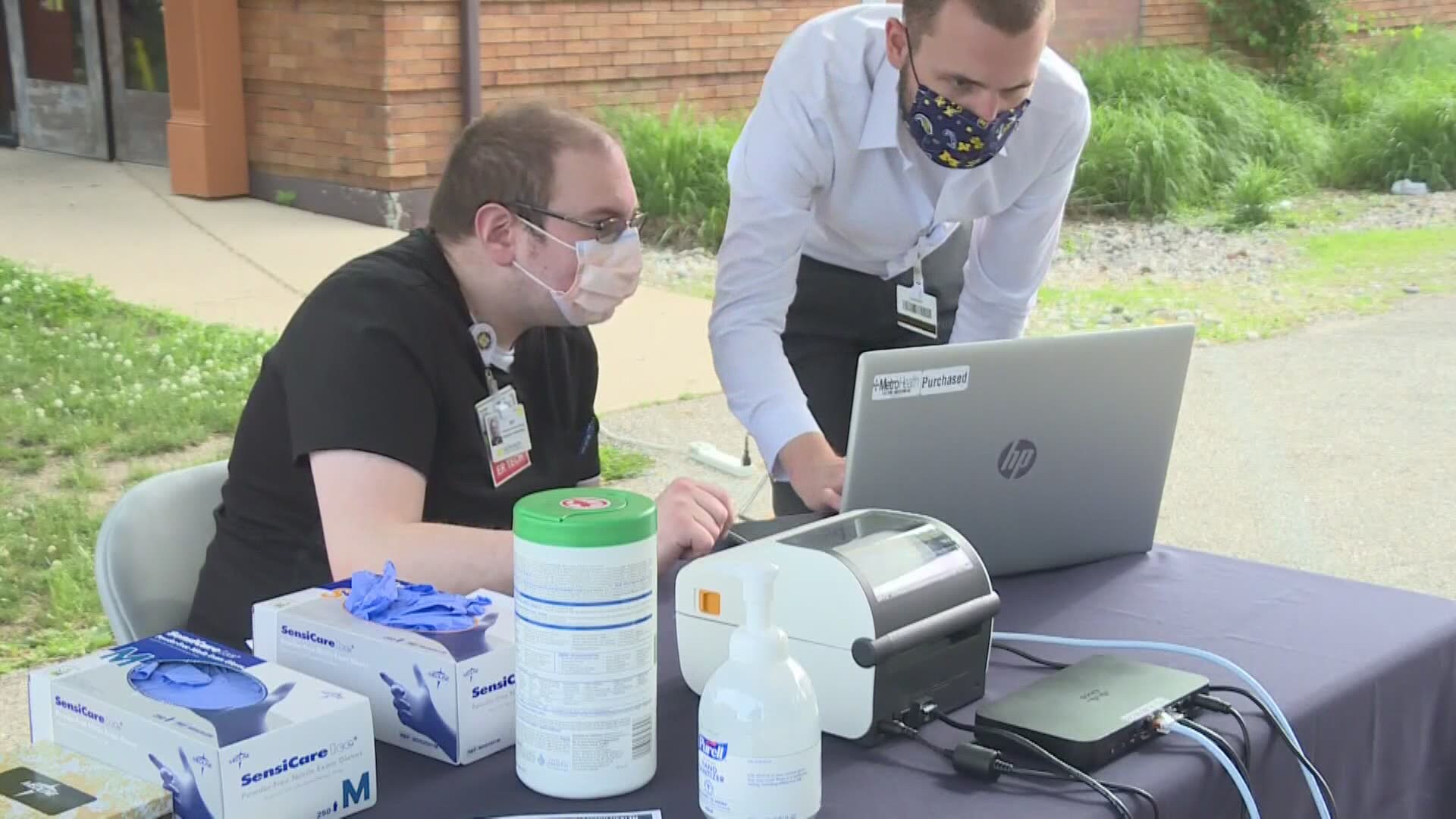 LANSING, Mich. — Michigan's health official issued an emergency order Monday afternoon, which implements some of the same COVID-19 guidelines that were mandated by the governor and invalidated by a recent high court ruling.

The order from the Michigan Department of Health and Human Services comes after the Michigan Supreme Court ruled that the law under which Gov. Gretchen Whitmer's used emergency powers was unconstitutional, throwing into question many executive orders.

The MDHHS emergency order, which goes into effect immediately, reinstates some of the main mandates, like requiring masks or face coverings in public, restricting sizes of gatherings and putting limitations on areas of congregation.

On Monday, confusion remained on whether the governor's mandates were still in effect for 21 days, as she claimed, or whether they were voided with Friday's ruling.

County health departments were in limbo while fielding phone calls from residents and businesses on whether the orders remained in place.

"We are moving in a positive direction, so my very first concern was that this ruling may actually cause us to go backwards," said Muskegon County public health officer Kathy Moore, shortly before the MDHHS order came down.

"The failure to take proper precautions can enable COVID to spread, whether at an East Lansing bar or the White House," said Robert Gordon, director of MDHHS after issuing the order.

"For those of us who sometimes waver, and after seven months that is most of us, orders require us as a matter of law and civic responsibility to stay the course and protect each other."

The main aspects of Monday's emergency order includes requirements to:

Gordon said the health department's authority is not as far-reaching in some cases as the governor's power, which is why orders for bars and restaurants were limited. He said orders from the department of Labor and Economic Opportunity later this week will likely enact further workplace safety orders.

The Supreme Court ruling invalidated Whitmer's executive orders, which were issued under a state of emergency that the Legislature did not approve.

Michigan's high court ruled that the governor did not have the power to issue orders without the Legislature's consent.

However, an epidemic order issued by the state health department operates outside of the governor's emergency powers.

"In this moment of emergency action, following a destabilizing Supreme Court decision, we aim to preserve the status quo," Gordon said.

Monday morning, Whitmer said the mask mandate was still in effect because of public health orders that were issued by the state health department over the past several months.

Under Michigan law, the MDHHS director can issue an emergency order if he determines "that control of an epidemic is necessary to protect the public health," a news release said.

Violations of the emergency order are punishable with a misdemeanor, which carries up to six months in prison and/or a fine of $200. Violations can also be enforced with a civil fine of up to $1,000. Gordon said it can be enforced both criminally and civilly.

“Michigan was hit hard by COVID-19 early in the pandemic,” said Gordon. “Strict preventive measures and the cooperation of Michiganders drove those numbers down dramatically, greatly reducing the loss of life. As we head into flu season, this order is necessary to protect vulnerable individuals, ensure the health care system can provide care for all health issues, keep schools open, and maintain economic recovery.”

The order expires on Oct. 30. Gordon said further orders can be expected in the days to come. 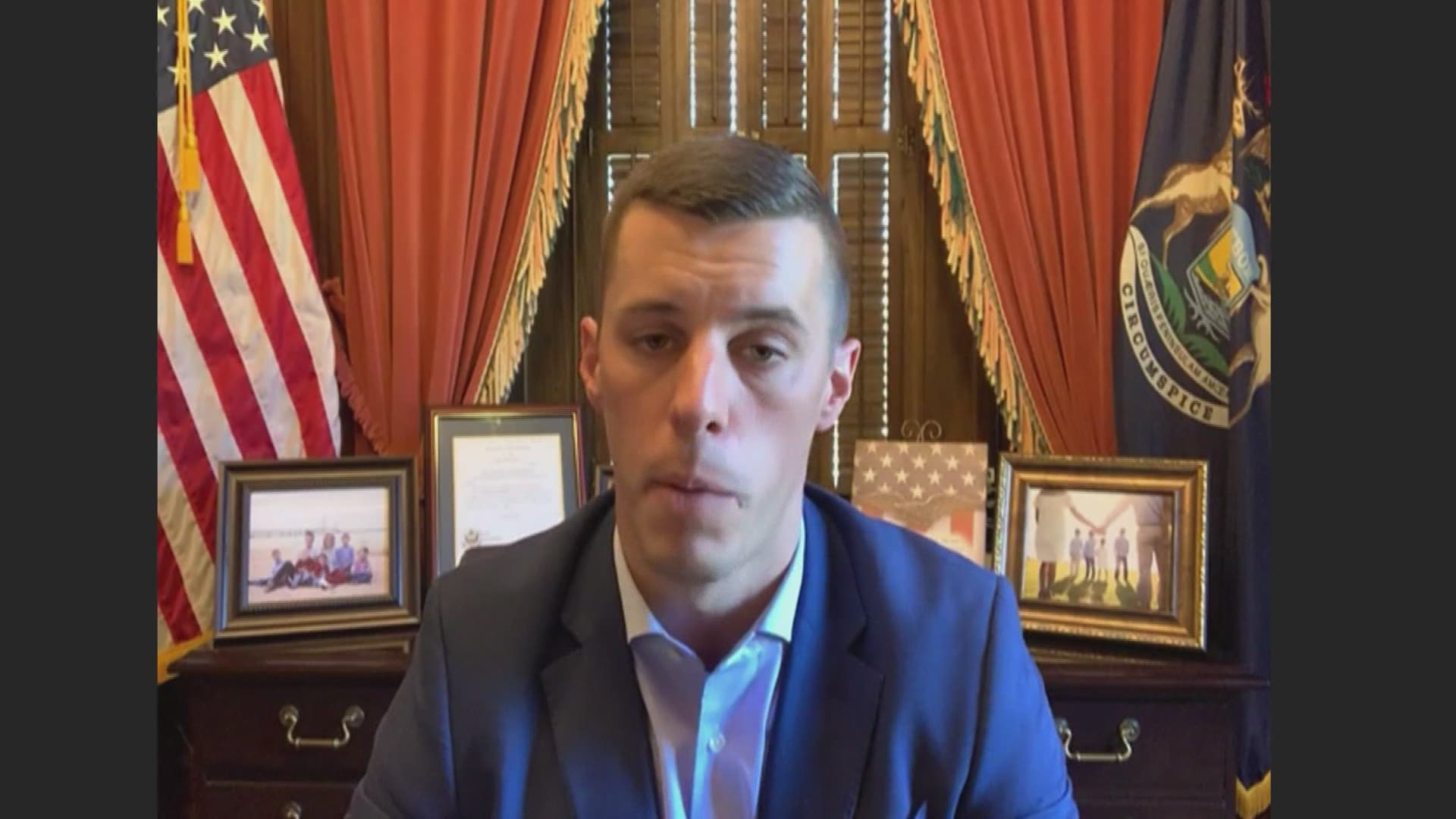