The billboard criticizes Betsy DeVos' handling of the COVID-19 crisis and slams the Education Secretary for "gambling with kids' lives." 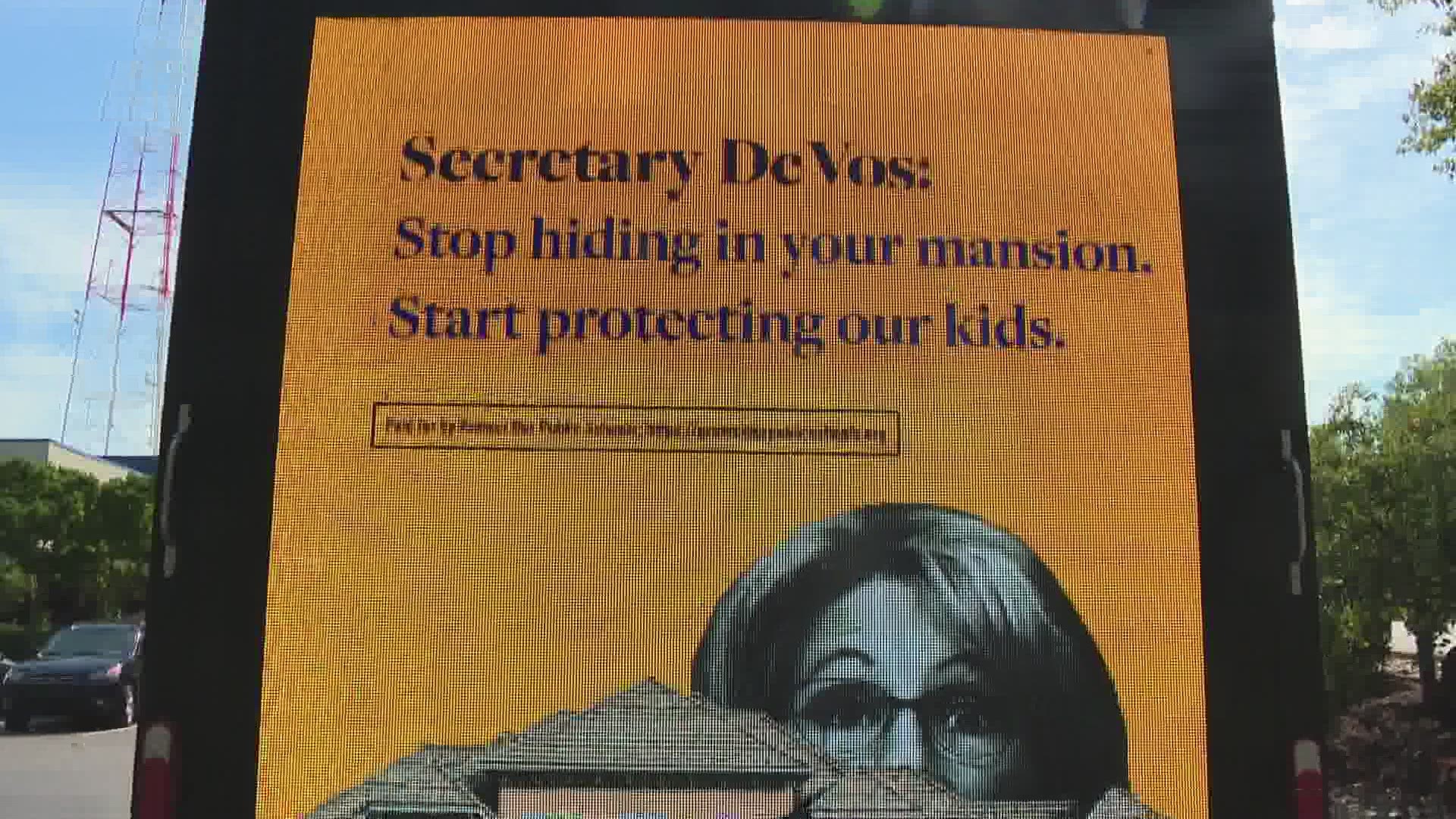 The billboard was created by the nonprofit Protect Our Public Schools (POPS). The group is pushing back against Betsy DeVos and President Donald Trump for reopening schools and pushing for districts to offer in-person instruction without extra funding for schools to slow the spread of the virus.

The billboard slams DeVos for not having a plan, the appropriate experience, or offering funding for public schools. It demands that DeVos “stop hiding in your mansion. Start Protecting Our Kids.”

According to POPS, the billboard will travel to Holland on Friday, Aug. 14. as well as travel to DeVos' summer mansion.

Last month, DeVos said that public schools that don't reopen in the fall shouldn't get federal funds. She said that federal funds should be redirected from schools and directed to the families, that way they can find other educational options for students.

DeVos has stressed that kids attending school in the fall should be the rule, not the exception, asserting that nothing in the data suggests that being in school is dangerous. But she was contradicted by public health experts who said the virus can still be dangerous to kids, even if the risk is lower.  Dr. Tom Inglesby, director of the Center for Health Security at Johns Hopkins University, has said that science is also unclear on how much kids can spread the disease to more vulnerable adults.

RELATED: Infectious disease experts believe schools will be the epicenter for the spread of COVID-19 this fall

DeVos said the Trump administration is looking at “all the options” for pulling funding from schools if they don’t provide full-time in person learning, calling American investment in education “a promise to students and their families.”

The White House said last month that it would order the Department of Treasury to take a look at school's tax-exempt status -- another pressure tactic tacking aim at public school's finances to get them to reopen. It is unclear on what grounds the administration could have a public's school tax-exempt status removed, according to a report by the Associated Press.

RELATED: West Michigan back to school safety plans for COVID-19

Many schools in Michigan start at the end of August or early September. Several West Michigan districts had to create plans for returning to school. Some districts, including Grand Rapids Public Schools, have committed to starting the school 100% online for the first few weeks. Other districts are offering both online and in-person options.

13 ON YOUR SIDE reached out to DeVos' office for a statement.

Education Department Press Secretary Angela Morabito responded, "Secretary DeVos has had 62 calls with state superintendents, 30 calls with governors, 29 interviews, 4 press briefings, 9 roundtables, and 13 conference calls about keeping students learning during and beyond this pandemic. She also took 5 proactive measures to protect students’ privacy rights and civil rights, provided 7 major flexibilities ahead of the CARES Act, and made $30 billion in CARES Act funds available within 30 days. The CDC and the American Academy of Pediatrics agree that the best thing for kids’ learning and social-emotional development is a safe return to schools in the fall." 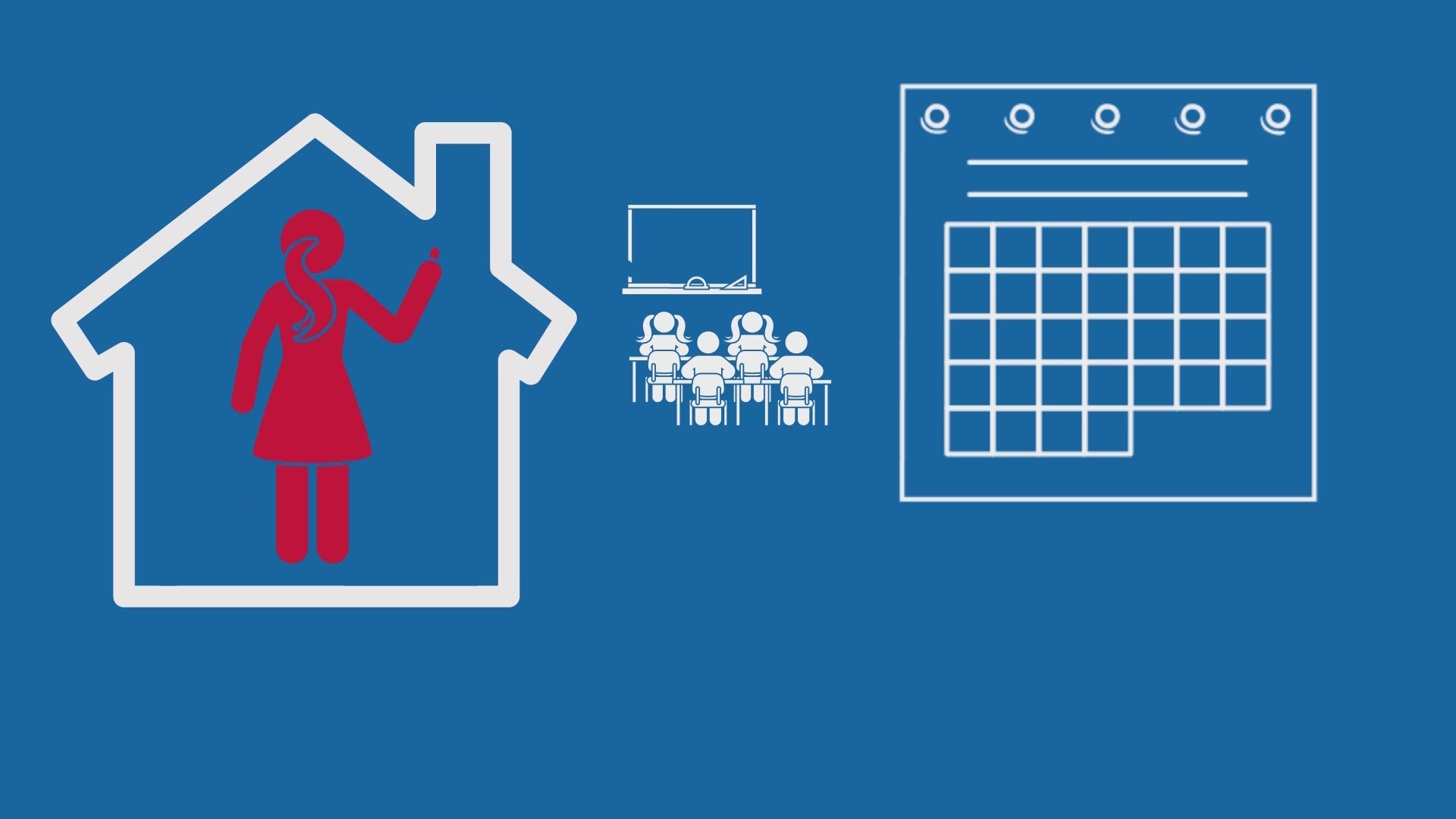