A Michigan prison tested all its inmates for COVID-19. More than half have the virus.

The prison's more than 1,400 inmates were all tested last week. 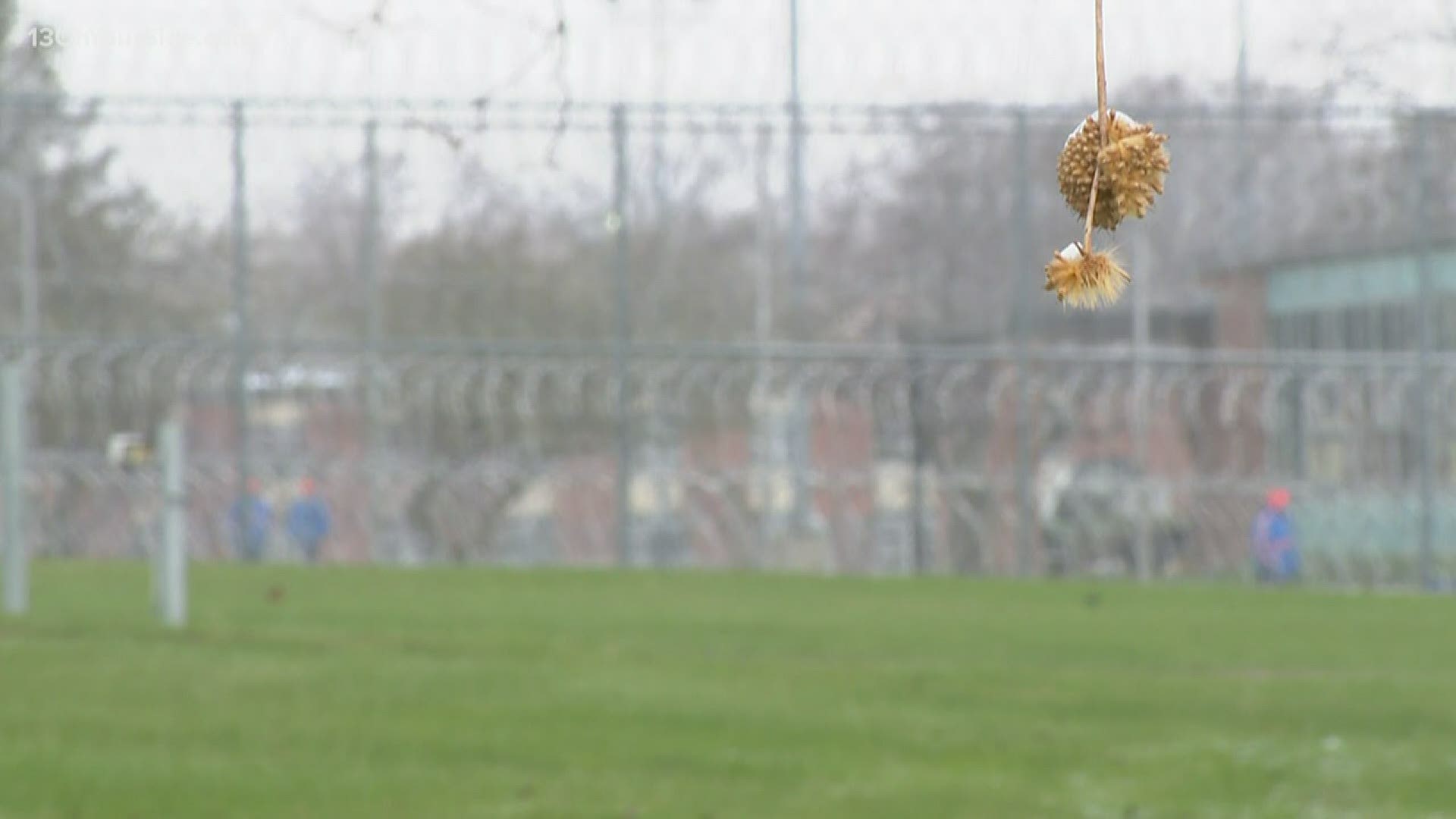 COLDWATER, Mich. — The first round of mass testing at a Michigan prison facility revealed that more than half of the prisoners there had COVID-19.

Of the 1,403 inmates tested at Lakeland Correctional Facility in Branch County, 785 of them tested positive for the virus. There are about 30 inmates still awaiting results as of Monday morning.

Lakeland is the first of Michigan's prisons to have all of its inmates tested, prior to this only those who complained of symptoms were tested. The facility is one that Michigan Department of Corrections said it was most worried about considering half of those housed at Lakeland are either elderly or medically frail.

"Lakeland was the obvious and the only first choice because we were so concerned about the population there," said Michigan Department of Corrections spokesman, Chris Gautz.

Gautz said the department estimates roughly 80% of those who tested positive for the virus last week were asymptomatic.

"The vast majority of prisoners who tested positive last week were confused as to how they were positive because they hadn't had any symptoms," Gautz said."

But many of those younger, healthier prisoners help care for the medically fragile and older prisoners, which Gautz said is why they needed to test everyone. One unit at Lakeland houses some of the most severely ill along with the inmates who provide them care. A majority of that unit tested positive, Gautz said.

To date, Lakeland prisoners have accounted for 12 of the state prison system's 33 coronavirus related deaths, many of those stemming from the geriatric units. Across the 16 prison facilities where COVID-19 is confirmed, there are 52 prisoners currently hospitalized and 16 of them are on ventilators.

Prisoners who tested positive at Lakeland are now separated from those who tested negative, Gautz said, and staff who work in units with virus confirmed inmates will be provided full personal protective equipment. Staff members, however, have already been impacted by the virus. So far, at least 31 employees have tested positive for COVID-19 at Lakeland. And at one point this month, a third of the facility's entire staff was out either due to having the virus or coming in close contact with someone who had it. Gautz said they are already seeing a fair number of employees recover and come back to work, but the toll of the pandemic has meant overtime and stress for employees who in some cases have been reassigned to Lakeland from other parts of the state to help fill in the virus-related gaps.

"They're doing well with what they have, but certainly, we'd like to see more staff return," Gautz said.

The department is not testing staff members, so it's up to each employee to get tested if they feel symptomatic. Per the MDOC's count, 254 employees have tested positive for the virus across all facilities as of April 27.

RELATED: Whitmer says no plans for early release of prisoners during COVID-19

This week, the department will test all prisoners at the G. Robert Cotton Correctional Facility in Jackson County, where there are roughly 600 prisoners with chronic care conditions. Gautz said this was not the original plan, but a recent uptick in cases at that prison led to the switch. At Cotton, 108 prisoners and 15 staff members have tested positive. On Monday, 271 more inmates were tested. Other facilities under consideration for mass testing include Charles E. Egeler Reception and Guidance Center, Parnall Correctional Facility and the Women's Huron Valley Correctional Facility.

"We're just going to be nimble about it. We're going to be smart and look at exactly where we need to go what makes the most sense. We're not gonna go out tomorrow and just test 38,000 prisoners. Obviously, there's a lot of logistical issues that go into that," Gautz said.

Thirteen of the state's prison facilities have no confirmed cases, and Gautz said it's unlikely they'd take thousands of tests away from communities more in need.

Mass testing is the latest effort to curb the spread among Michigan's prisons, but prior to this the state's parole board has been working seven days a week to review cases and help thin the prisoner population. Now, mass testing may slow the releases, as those cleared for parole could wind up remaining in prison if they test positive.

"They're going to stay in prison, until they can be medically cleared," he said.

Individuals who are paroled from a facility where there is an outbreak but there has not been mass testing, will be required to isolate for 14 days following their release. Gautz said county health departments and parole officers are made aware to ensure that the proper protocols are followed. The board is also not paroling individuals who would be going to stay in a shelter or some other congregate facility. Gautz said parolees must be released to either a home with family members or some sort of single occupancy residence.

Related stories on 13 ON YOUR SIDE: 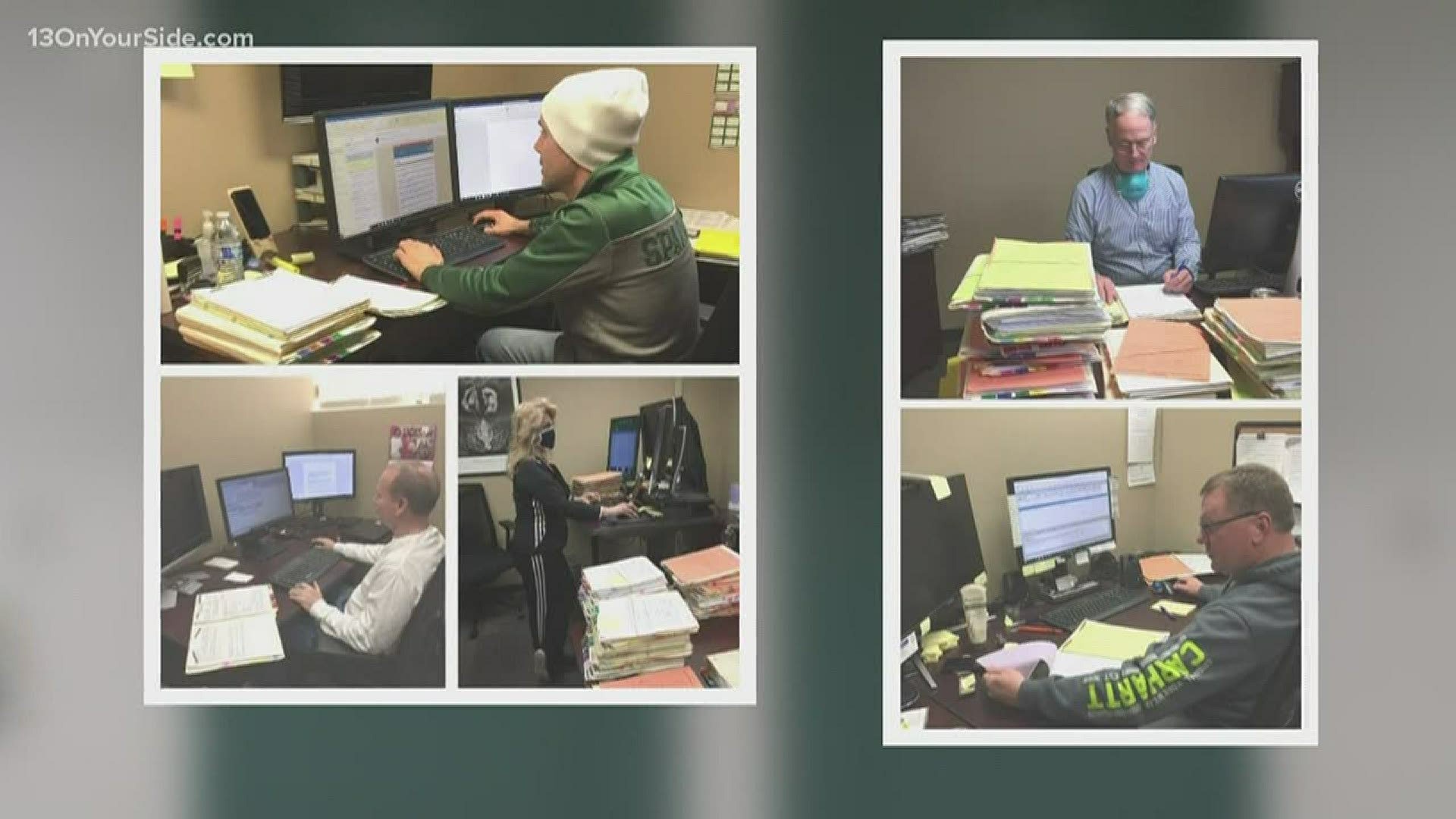