The rally is one of several recent protest held in Lansing against Gov. Whitmer's ongoing stay at home order. 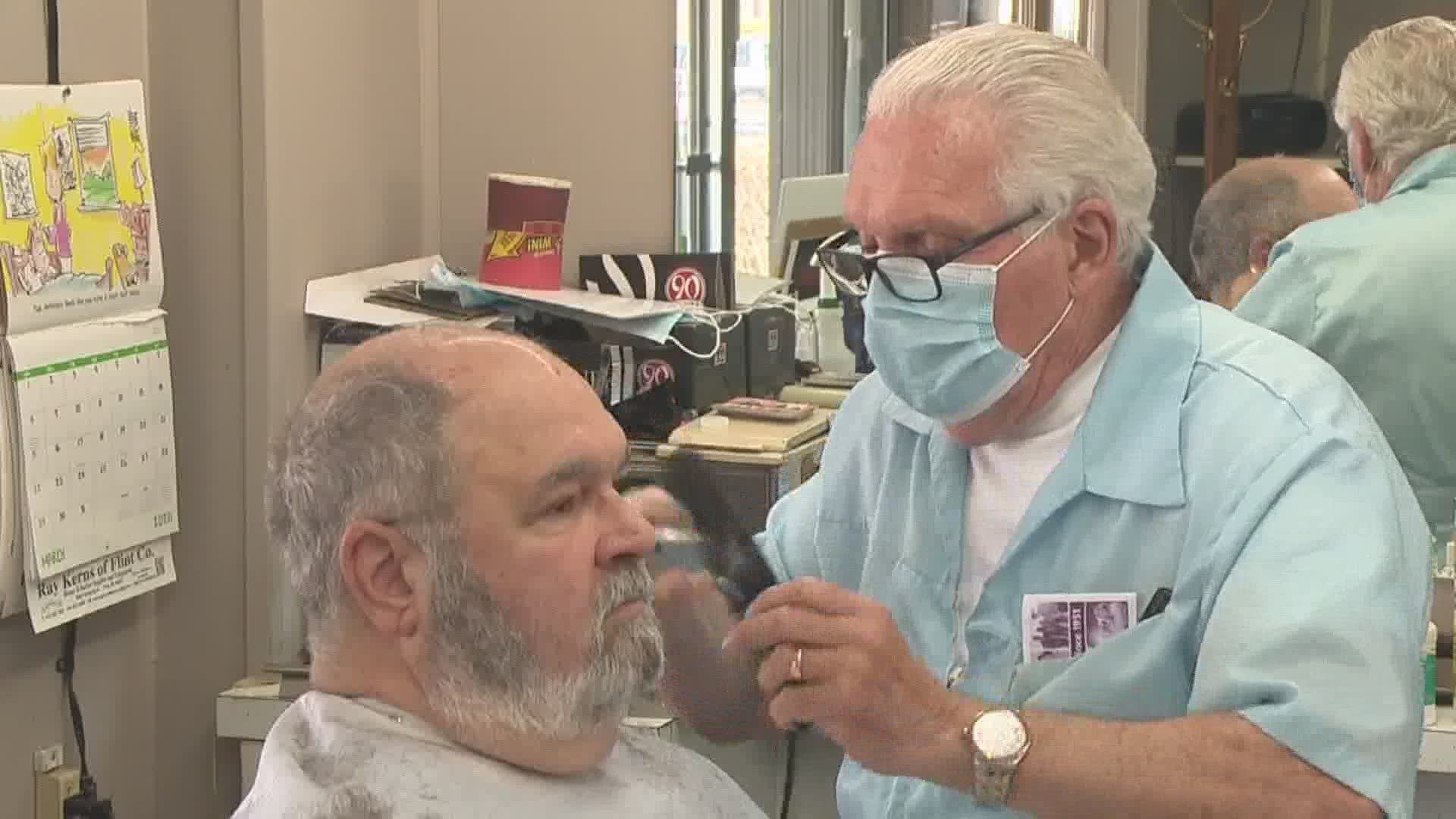 LANSING, Mich. — Another protest was held at the Capitol in Lansing. Wednesday people rallied for what is being called  'Operation Haircut.' The event was organized by The Michigan Conservative Coalition.

'Operation Haircut' was inspired by the Owosso barber, Karl Manke, who opened his shop despite the state's stay home order, and has now been stripped of his licence.

The rally is one of several recent protests held in Lansing against Gov. Whitmer's ongoing stay at home order. The order was extended earlier this month until May 28. Whitmer has repeatedly said the move is not political but rather for public health and safety. Organizers of the protest disagree.

"Michigan's small business owners are patriotic and law abiding citizens, but enough is enough.  Our Governor's actions show every day that this is no longer about the China virus. Her actions show this is now about a progressive radical agenda," said Marian Sheridan, a co-founder of the Michigan Conservative Coalition. "Dope shops are open, abortion mills churn on, but barber shops are, somehow, unsafe.  Show us that science Governor!"

During 'Operation Haircut,' free haircuts were given on the Capitol lawn from noon to 3 p.m. Organizers say those attending should still follow social distancing practices and wear a mask.

1 / 9
AP
Annette Rafacz gives Manny Orovcoa a free haircut at the State Capitol during a rally in Lansing, Mich., Wednesday, May 20, 2020. Barbers and hair stylists are protesting the state's stay-at-home orders, a defiant demonstration that reflects how salons have become a symbol for small businesses that are eager to reopen two months after the COVID-19 pandemic began. (AP Photo/Paul Sancya)

People are in Lansing for what is being called 'Operation Haircut.' The event was organized by The Michigan Conservative Coalition and they are protesting the governor's stay at home order.