'It's like a rolling nightmare,' Shuttered Polish-Lithuanian halls struggle to stay afloat

"One hundred percent of our revenue is dried up," said Linda Connor, vice president at Knights of St. Casimir Aid Society. 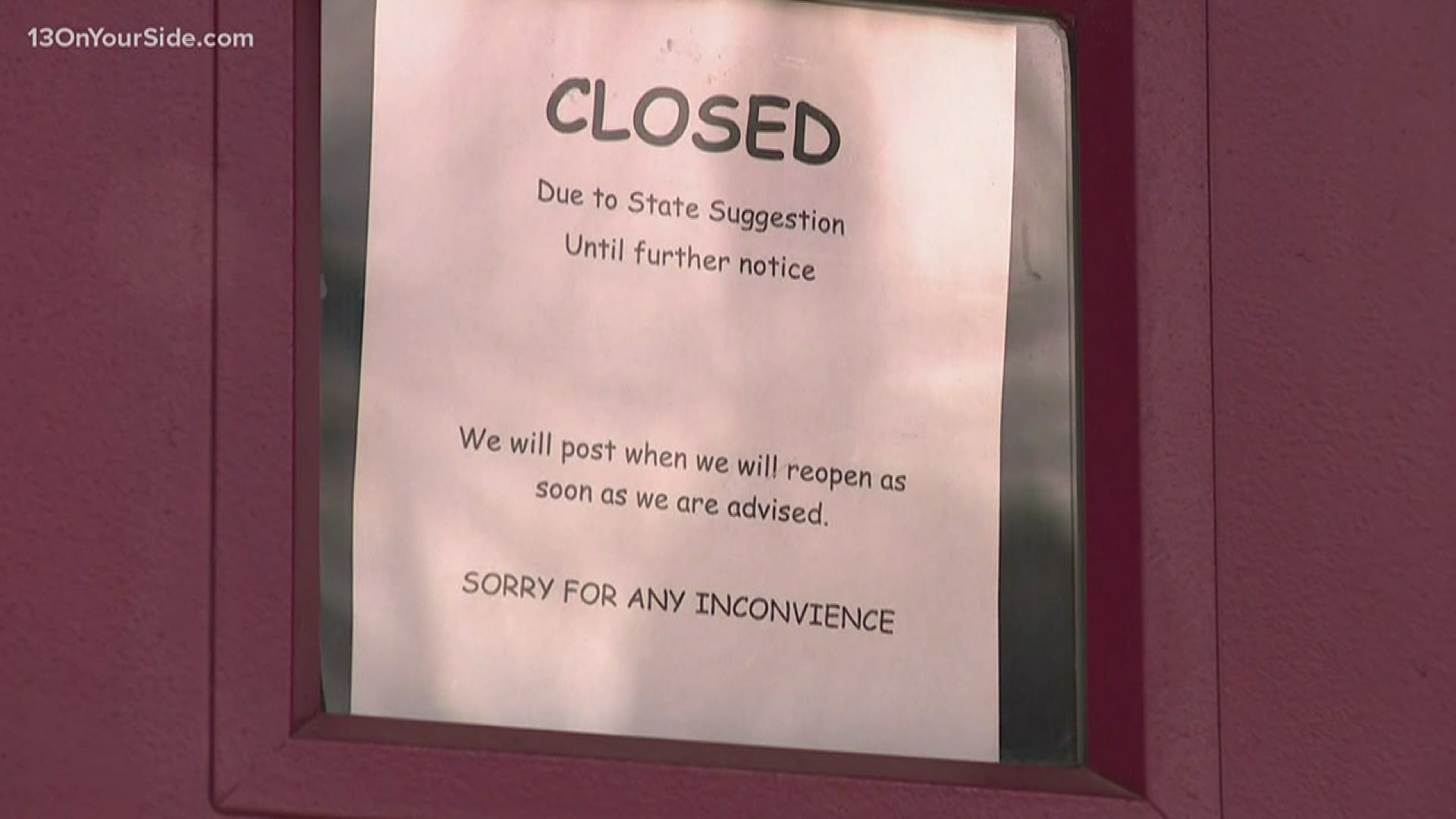 GRAND RAPIDS, Mich. — St. Patrick's Day decorations still flap in the wind outside of a Grand Rapids Polish hall where the celebration was canceled last month amid an executive order aimed at curbing the spread of Covid-19.

"St. Patrick's Day was going to be a big day for us," said Linda Connor, the vice president of Knights of St. Casimir Aid Society. "It's just been kind of a rolling nightmare."

The hall hasn't generated any revenue since. Instead, Connor says they've been donating inventory for future meals, as the halls aren't licensed to allow for to-go service the way restaurants are.

"Many of our clubs are rented out for graduation parties, wedding receptions, baby showers or bridal showers and all of that has had to stop," she said Tuesday.

Those events are what pay the bills, the employees and for the frequent reparations made to these century old buildings.

Connor estimates they've lost about $10,000 just in canceled banquets over the last month. That number doesn't even factor in the loss of daily liquor sales and other party rentals, which she estimates accounts for thousands of dollars, as well.

They've had to let their five bartenders go and pressure is mounting as necessary repairs to the building become more apparent.

“The building is literally falling down a little bit around us," Connor said, after noticing several leaks just in the last week.

The financial stressors aren't what pushes her to tears, though. It's the loss of community that feels most difficult for Connor, who started coming to the hall with her parents as a college student.

The hall usually holds wakes and celebrations of life for its members, and in the time since the hall's closure, four of their members have passed.

"That's an emotional hardship for our club," Connor said through tears. "I think the reason it's so emotional for us is that those people were disconnected from their family and club members during their passing."

Connor says the club's just over 300 members become like family and the building at 649 6th St. NW serves as a second home. This time of isolation feels especially heavy inside the empty hall.

"We miss everyone, we miss the community, we miss our members terribly," Connor said. "We will see them for a big, giant party as soon as we are able."

RELATED: Here's a list of restaurants still taking orders during the statewide closure

6th Street Hall was set to celebrate 125 years at the end of May, but Connor said she isn't sure if that party will be possible at this point.

Kershner, the Pulaski Days Chairwoman, says their organization is posting about one hall every week to encourage residents to sign up as members, if they are able. Yearly membership fees range from $25 to $40. Membership fees are the only way halls can collect revenue for the time being.

“If they can't pay the bills then they can't open their doors," Kershner said. “We can't just live off Pulaski Days weekend."

Eligible halls have also filed for loans under the Economic Injury Disaster Loan Emergency Advance and the Payroll Protection Program.

At this point, the yearly Pulaski Days events are continuing as planned. The festivities are held the first weekend of October, but there are various events leading up to that weekend that are also still set.

Anyone can become a member at one of Grand Rapids' clubs, click here to get more information. 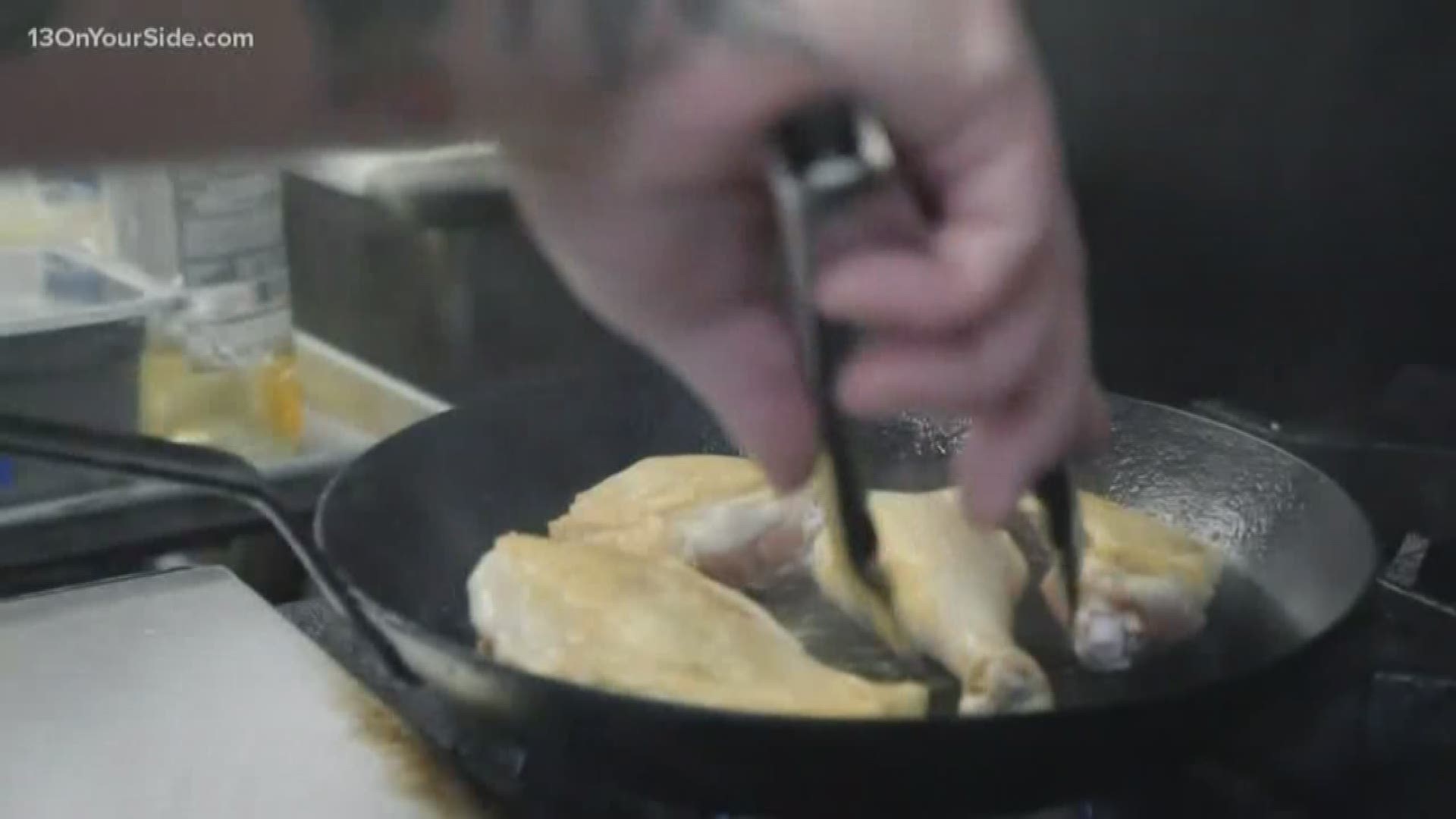