Several protesters removed by force from Michigan House of Representatives

According to Michigan State Police, three protesters entered the House of Representatives gallery around 10:15 a.m.

LANSING, Mich. — A small group of protesters chanted "open Michigan now" from the gallery of the Michigan House of Representatives before being removed on Wednesday, according to WLNS.

"House sergeants then attempted to remove the individuals using force," a statement from MSP reads.

One person left the Capitol by ambulance based on her request for medical assistance. MSP says no arrests were made.

The following video was provided to WLNS, a Lansing CBS-affiliate, and shows protesters being forcible removed by security: 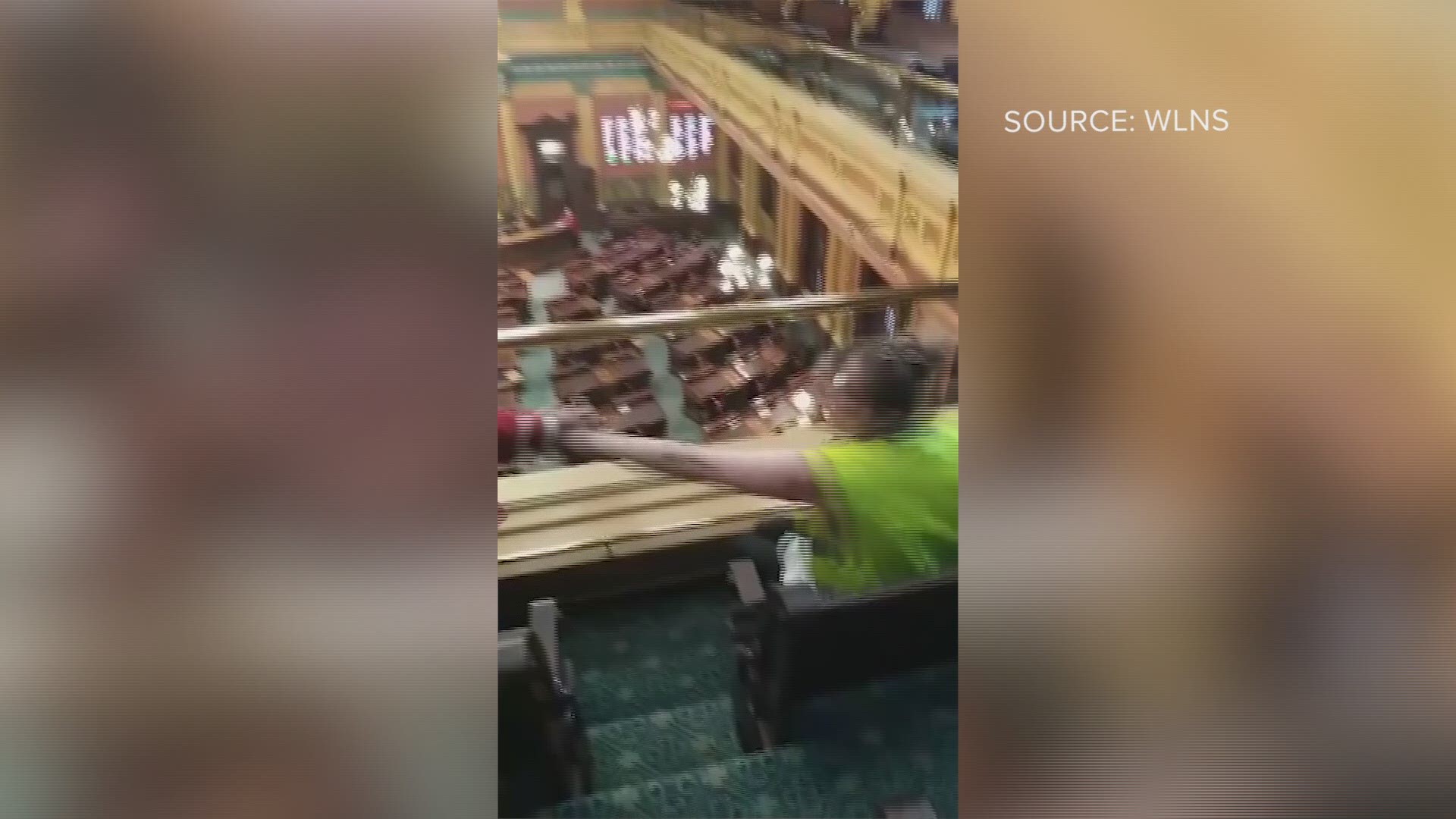 WLNS talked to protester Shelly Gregoria following the incident. She shared a video of the experience on Facebook.

We’re inside the Michigan senate!

MSP says a full investigation will be completed and the report will be sent to the Ingham County Prosecutor's Office for review.

This protest comes after several others in the past few weeks related to the statewide shutdown. The protests have varied in size with the largest being 'Operation Gridlock', which took place outside the Capitol and throughout the streets of downtown Lansing on April 15. Another protest of Gov. Gretchen Whitmer's stay-at-home order is also scheduled to take place on the statehouse lawn Thursday. 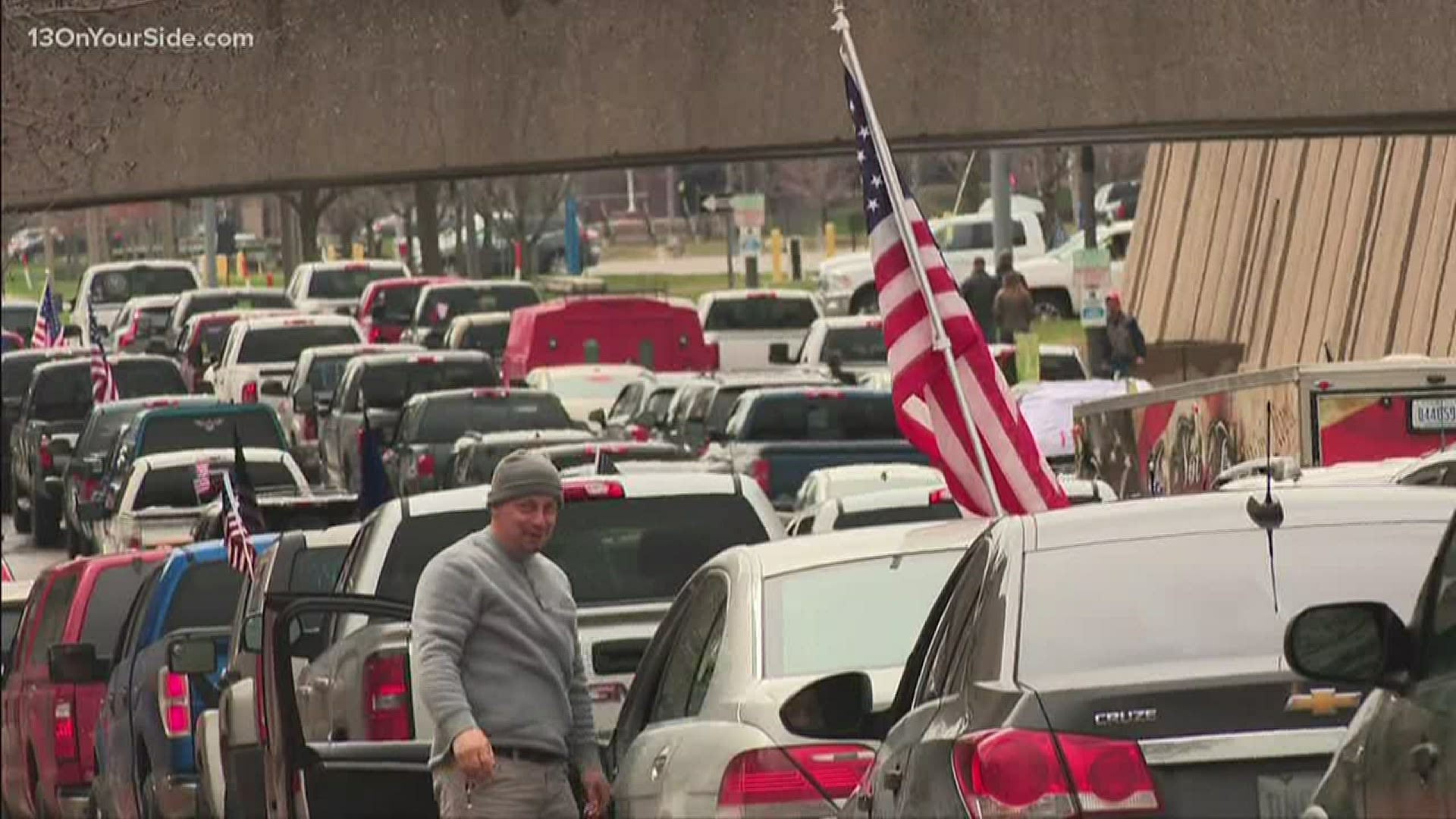