U of M Medical School researchers say it's the first time they know of the virus being found in lake water anywhere in the country. 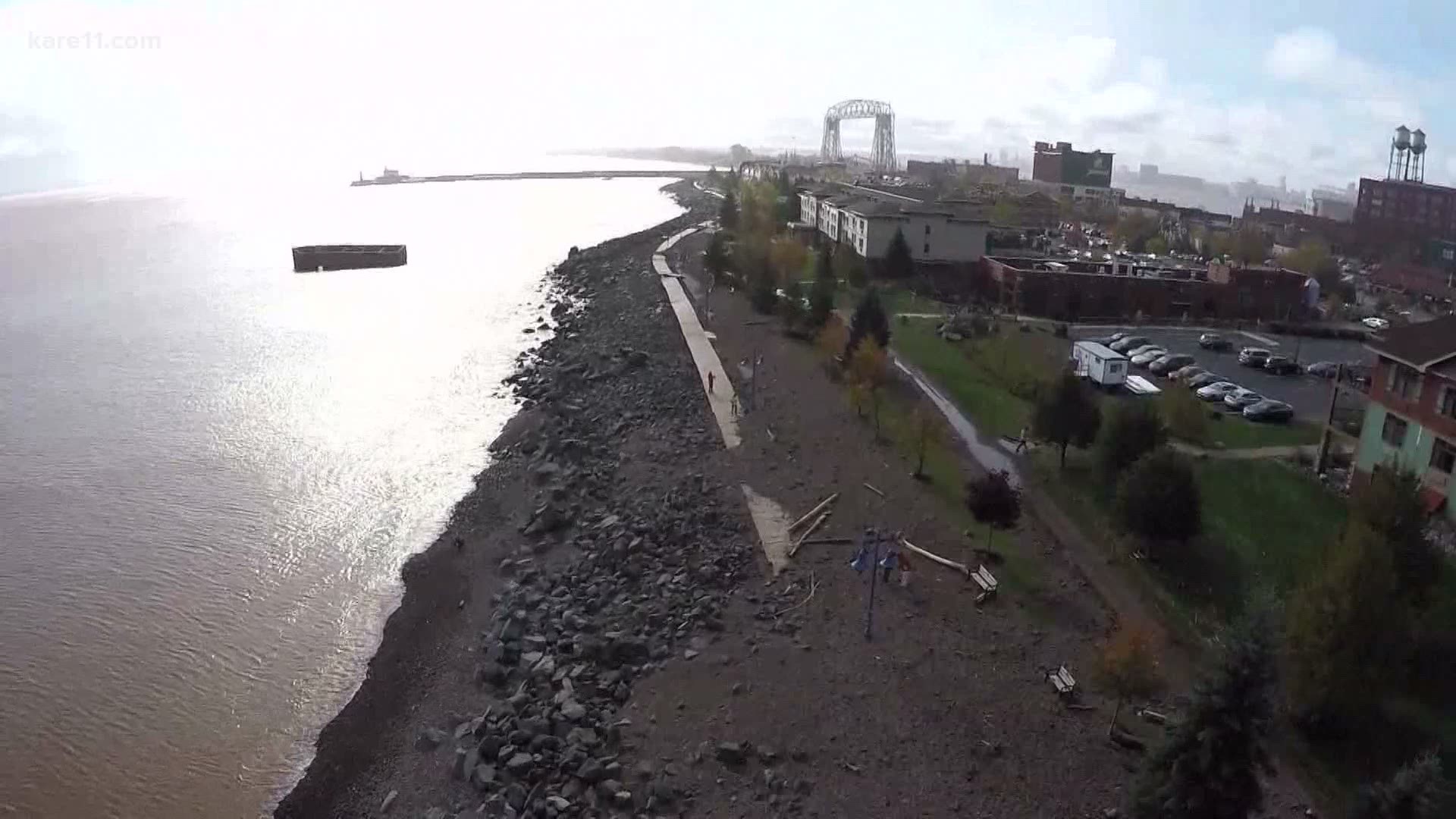 DULUTH, Minn. — For much of the summer, Dr. Richard Melvin has been trying to answer a question: Can SARS-CoV-2 be detected in beach water?

He found his answer the weekend of September 11: Yes. Now, he has many more questions to answer.

"It's just kind of mysterious," said Melvin, an assistant professor in the Department of Biomedical Sciences at the U of M Medical School's Duluth campus.

It's mysterious, as Melvin says, because since the Fourth of July, he's been taking samples every weekend from eight beaches along Lake Superior and testing them with his team for the presence of SARS-CoV-2, the virus that causes COVID-19.

Then, after sampling the weekend of September 11, he found trace amounts of the virus in water along four Duluth beaches: Brighton Beach, the 42nd Avenue beach, the beach near Leif Erickson park, and the beach on Park Point near the Franklin Tot Lot.

It's the first time Melvin knows of the virus being found in lake water anywhere in the country. Mainly, because Melvin and his associates don't know of this kind of research being done anywhere else.

Their hypothesis was that swimmers were bringing the virus into the beach water. Melvin says a person can shed the virus for up to a month after they are no longer showing symptoms.

"Now we're entering a season where people are not entering the beach in the water and we're suddenly detecting traces of the virus," he said. "So, that's very interesting."

Melvin says that's why the research will continue. Their funding from Minnesota Sea Grant has been extended and Melvin says he'll continue to take water samples for at least the next few months.

Melvin stresses there is no evidence that people can get infected through the water. But now that researchers know SARS-CoV-2 can be found in fresh water, there's a lot more to learn, especially about how community infection can be measured.

"Understanding where to look for the virus is really key in how to deal with these types of infections in the future," he said. "Now knowing that we can find it in the lake water, it could be another indicator of the prevalence of the virus in the population that lives in that location."

The researchers will also work with experts in lake currents and with the Minnesota Department of Health as their work moves forward.