Sable Homes is using minimal workers at a Sparta construction site, after they're interpretation of a Gov. Whitmer letter leads them to believe they're allowed to. 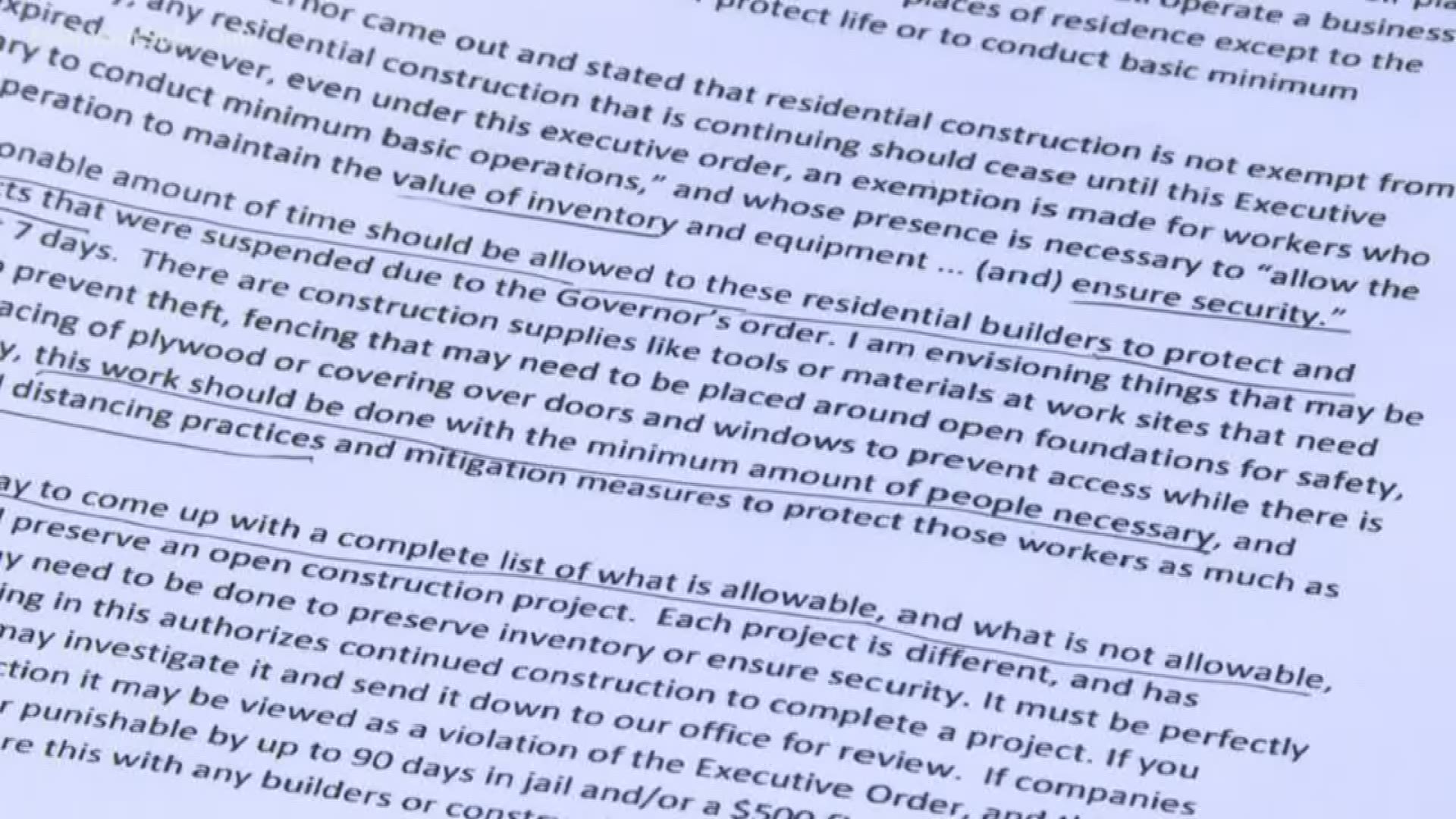 SPARTA, Mich. — At random locations around West Michigan, sounds of construction continue to be heard.

Members of some of the communities where it's happening are wondering if this work is considered essential under Gov. Gretchen Whitmer's executive order?

Sable Homes, one of the largest home builders in West Michigan, received a clarification letter from the Governor's office late last week. They're interpreting it as the work that they're doing is to "preserve the current condition of the project while the order is in effect," which, they believe, is in line with the language in Section 4(b) of the Governor's order.

For the past several weeks, Sable's contractors have been finishing up a series of homes inside of a new development in Sparta. They would've finished last week, but Whitmer's Stay at Home, Stay Safe executive order, put an abrupt end to it, while also leading the company down a week-long road of confusion and misinterpretations.

"Neighbors in the area were having a back-and-forth on one of the Sparta community Facebook pages about whether or not we should be working," said John Bitely, President of Sable Homes. "Based on our interpretation of the order, we were allowed.

"The governor's order talked about assets could be protected and work could be done for safety reasons."

Bitely says two of the homes in the Sparta development need more work done to ensure their safety from the weather, from kids getting hurt and from potential vandalism. He adds that one home needs its roof finished, while the other needs both a garage and front door installed and a window put in.

"This isn't an order to bend the rules and go back to work," added Bitely. "This is to get the houses safe."

Bitely says he spent the majority of last week working alongside the Home Builders Association of Michigan to get clarification from Whitmer on what is and what isn't allowed. While that was happening, deputies from the Sparta Police Department showed up at the site on Thursday and shut them down.

"[Sparta Police] put a cease and desist order on us and we were told to go home," said Bitely. "Everybody's interpretation is different. We expected [the order] to follow the rules from Ohio and Illinois, but Michigan went with some national guidelines, hence, we needed clarification."

Late last week, Bitely received the letter from Whitmer which he believes clarifies the rule. He also was given an additional letter from Kent County Prosecutor, Chris Becker regarding the issue.

"We were able to get back out to the site on Monday," added Bitely. "I no longer have three crews, just three workers, so that social distancing isn't an issue."

Bitely says he hopes to wrap up work on the homes in Sparta by Friday. He adds that the company has scattered-lot homes all over West Michigan which are currently having similar work done on them.

"Work like this is being done in Caledonia, Newaygo County, Lowell and Coopersville," Bitely said. "I want to make it very clear that if people see us working, we aren't open for business.

"We will finish once the governor lifts the order." 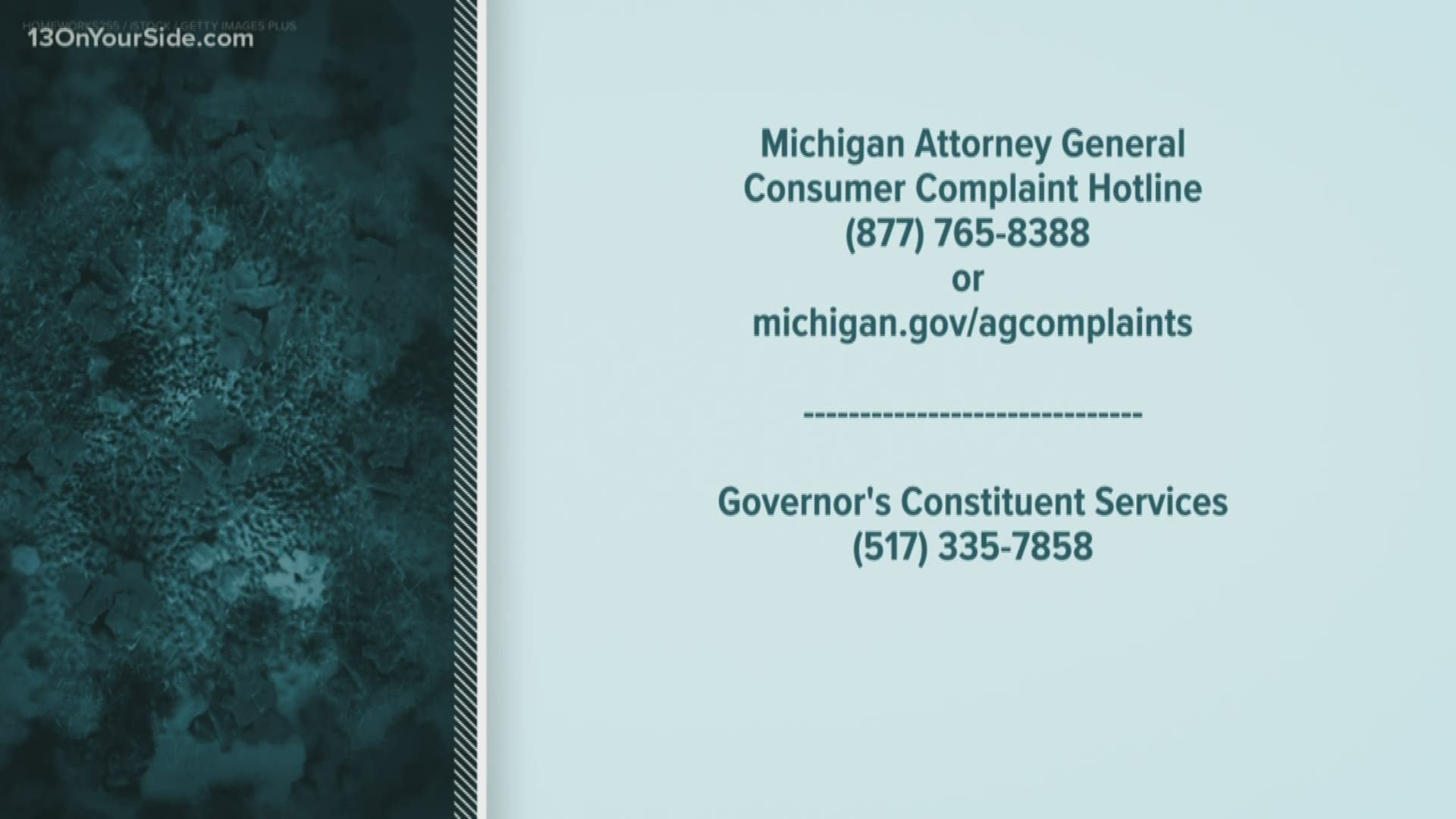