"While we are very busy in our ICUs, we have additional capacity and if need be, we can expand our capacity more." 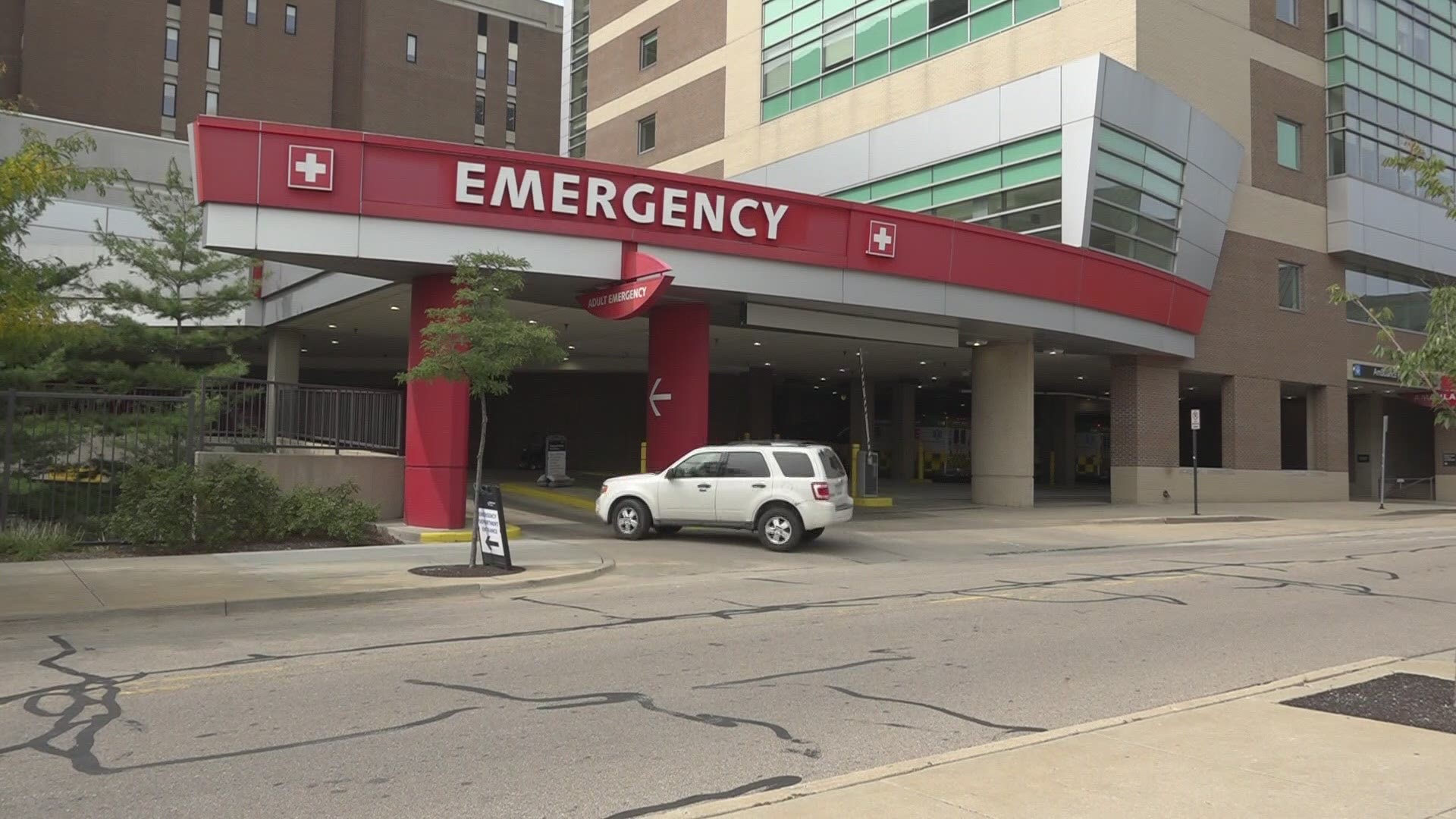 Spectrum Health says it has expanded its capacity by 30% in the last two weeks as COVID-19 patients fill its hospitals.

"While we are very busy in our ICUs, we have additional capacity and if need be, we can expand our capacity more," said Dr. Darryl Elmouchi, president of Spectrum Health West Michigan, the largest health system in West Michigan.

During a virtual press conference Thursday, Elmouchi said the increase in capacity is due both to staff shifting from other areas of the hospital to assist, and the deferrals of certain surgeries.

Though, he said, Spectrum Health is actually deferring less surgeries than it did in the spring.

While the health system, which includes 14 hospitals, has expanded capacity, staff are often stretched due to the acuity of patients.

Elmouchi said that COVID-19 patients are much sicker this time than they were in the spring.

"So, walking through our units it's very hard to see, and when you talk to some of our doctors and nurses, they've never taken care of this many very sick patients at the same time," he said.

He said from a staffing standpoint, "we are doing okay now."

Shawn Ulreich, chief nurse executive and senior vice president of clinical operations, said staff has had to pick up extra shifts and been stretched due to sick calls.

Over 700 of Spectrum Health's 31,000 staff members have tested positive since the beginning of November. Elmouchi said about 20% of staff believe they contracted the virus at work likely from other staff, based on their internal contact tracing.

Elmouchi said the health system's estimates show that hospitalizations could double by Dec. 1.

"We are very worried as everyone is in the country about Thanksgiving and how that might drive those numbers further," he said.

Currently, Spectrum Health is treating 345 COVID-19 patients, which is up from 289 last week, which was already over triple the amount of people hospitalized in the spring.

Elmouchi urged the community to do its part to curb the spread and follow the epidemic order to keep people out of the hospitals.

"Our strong feeling is the more we can all get the word out that this is real, real people taking care of real people, hopefully will impact some folks and they'll change their behaviors, only until the vaccines here and distributed," he said.