More of the population may need vaccine due to COVID-19 variant, epidemiologist says

Dr. Sarah Lyon-Callo, a state epidemiologist, said Wednesday that 90% of the population may need the COVID-19 vaccine to achieve herd immunity. 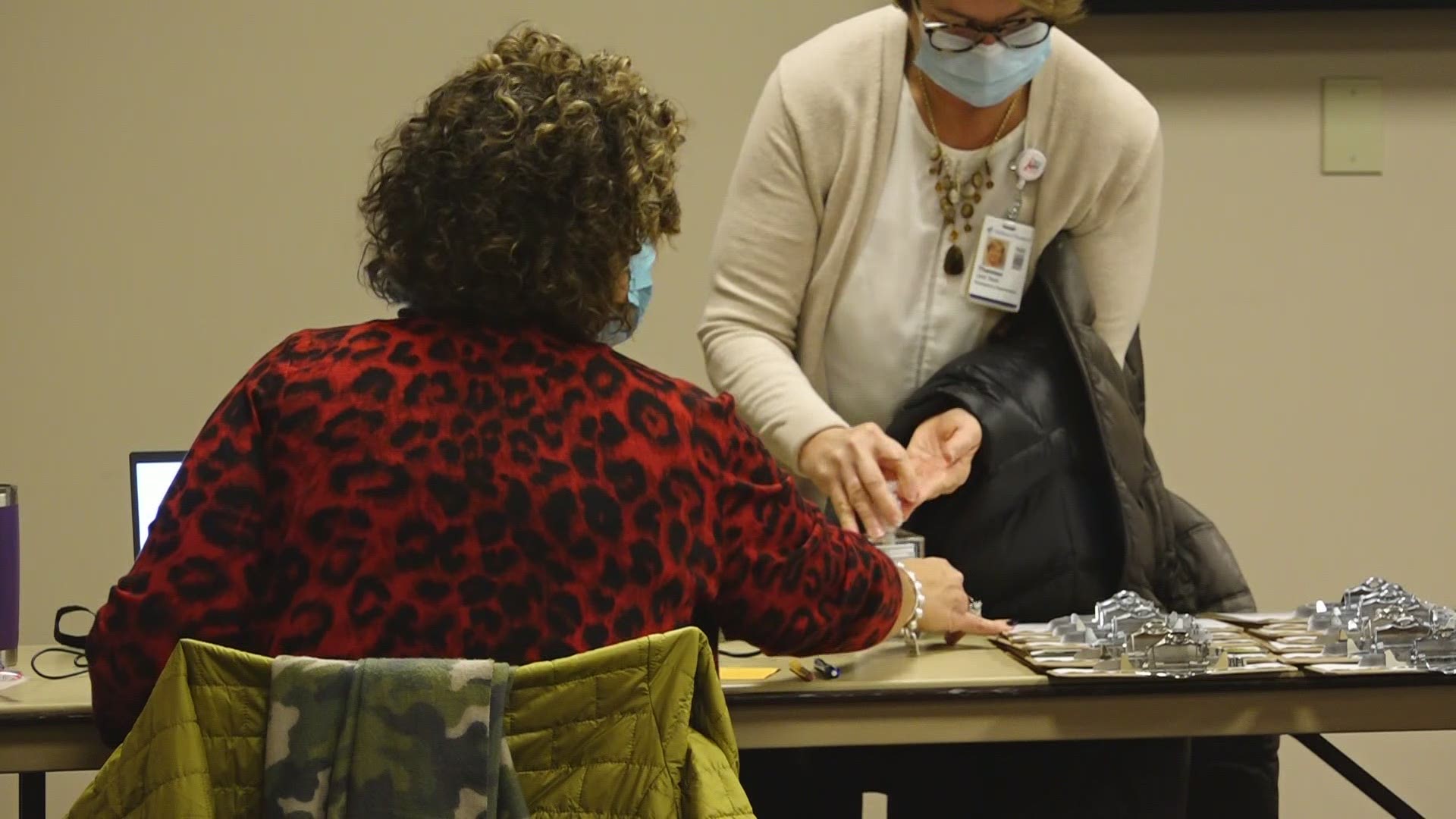 COVID-19 cases have plateaued for the third week in a row and the state positivity rate dropped over the last week to 7.6%, but a state doctor says she's concerned by how the variant could impact case rates.

Dr. Sarah Lyon-Callo, a state epidemiologist, said decreases to the percentage of inpatient beds being used to treat COVID-19 patients and current case rates, even after the holiday period, were encouraging.

But, the detection of the B.1.1.7 variant, first discovered in the United Kingdom, in a Washtenaw County woman this weekend could be the beginning of a shift.

"We expect to see this variant elsewhere in the state, as well. This variant is not expected to impact the effectiveness of COVID-19 vaccination," Lyon-Callo said during a virtual weekly update. "But, it does allow the virus to be transmitted more easily between humans, so we may see the case rates increase."

Early evidence indicates that the B.1.1.7 variant does not make people any more ill, but it is transmitted at 1.5 times the rate, according to the Center for Disease Control.

Lyon-Callo said social distancing and masks will continue to be vital in the curbing the spread, but at this level of transmission, vaccinations efforts will likely have to be ramped up.

The state had set a goal of vaccinating 70% of the population 16 years and older to achieve herd immunity by the end of the year. Lyon-Callo said Wednesday that the variant could mean that percentage needs to be closer to 90%, if not more.

"If a virus is more easily transmitted between humans, we have to have a higher percentage of humans vaccinated in a population to disrupt transmission," she explained.

Currently, 5.4% of the population has received their first dose of the vaccine in Michigan, up about 2% from the week prior. The first vaccinations in the state began in mid-December. Both of the available doses from Pfizer-BioNTech and Moderna require two doses several weeks apart.

The state has aimed to vaccinate 50,000 people a day, but so far, available supply has not allowed for it. Some West Michigan local health departments and health systems say they have the capacity to vaccinate thousands more people each week, but lack the doses to do so.

The potential of more vaccines coming down the pipeline gives health officials hope that the pace will quicken. Gov. Gretchen Whitmer also proposed a COVID recovery plan Tuesday that would allocate federal funds to help with the rollout.

Even with adequate supply, it would also require 90% of the population to want to receive the vaccine.

Robert Gordon, director of the Michigan Department of Health and Human Services, says it's not clear yet how public health orders will be used in fighting the transmission of this new variant. As of Wednesday, restaurants are set to reopen for indoor dining on Feb. 1.

"There's no cookbook for identifying when to move, but I will say obviously we are very concerned about the variant, and so we will be observing trends as as we move forward," Gordon said.