Protests have been popping up in cities across the nation largely related to stay-home orders. 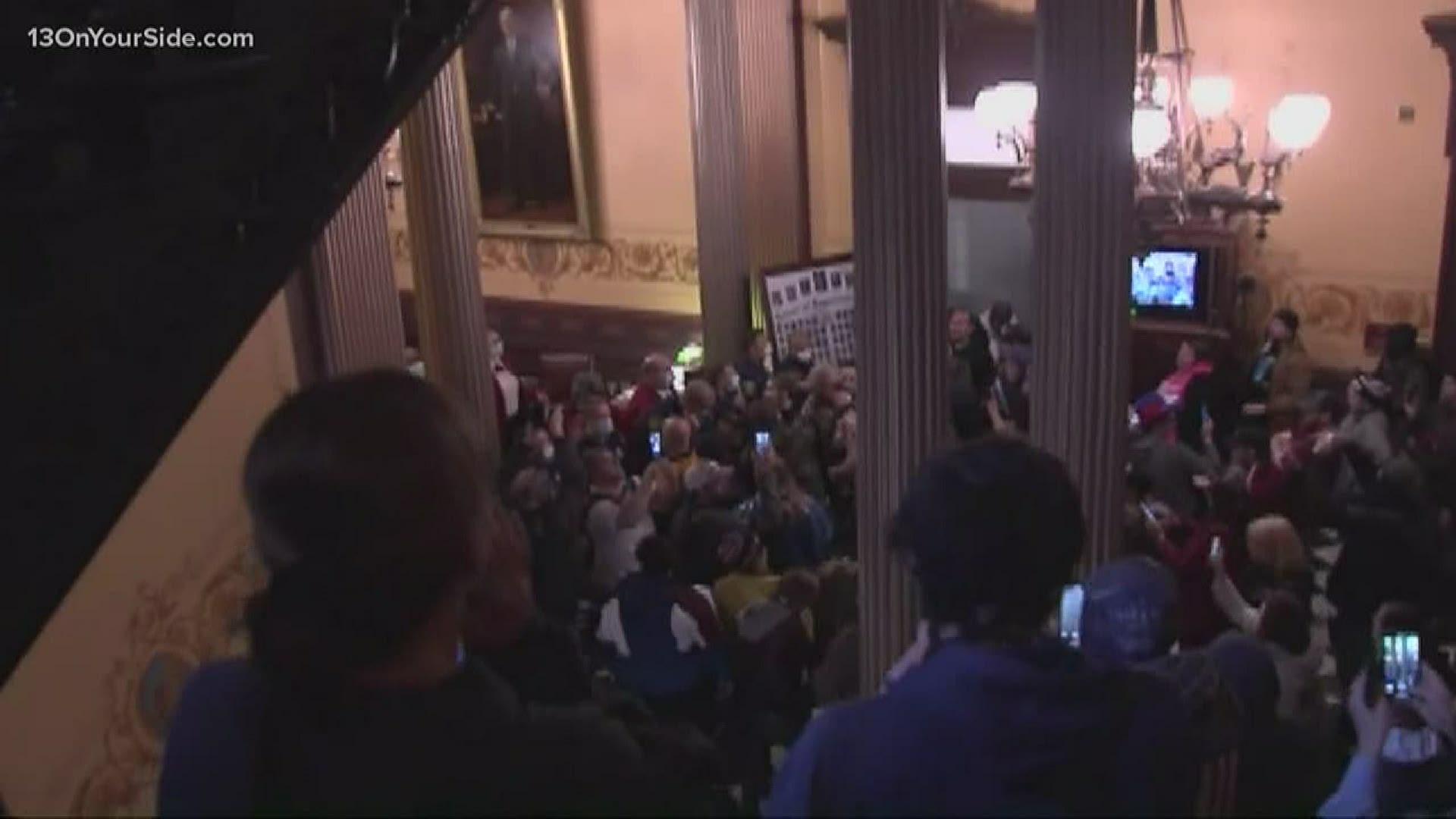 LANSING, Mich. — Protesters first gathered outside Michigan's Capitol in Lansing Thursday morning to speak out against Gov. Gretchen Whitmer's stay-home order and her request to extend the state of emergency. Just before 1 p.m., some protesters moved into the building.

Protesters could be heard shouting "open Michigan now" from outside the House Chamber, others were inside clapping and stomping their feet. People also chanted "let us in," as they banged on the chamber doors.

Live look at the Capitol...

Protest against state of emergency extension in Lansing

Watch Live: Protesters have gathered at Michigan's capitol building in Lansing Thursday morning to speak out against Gov. Gretchen Whitmer's request to extend the state of emergency.

According to Lansing's CBS station WLNS, there were hundreds of protesters on and around the statehouse lawn, however, the news station reports this protest to be smaller in size than the 'Operation Gridlock' protest that happened several weeks ago.

The current state of emergency expires Thursday, April 30. It was first declared back in March and provides the basis for more than 60 executive orders that have been issued to quickly address the spread of COVID-19. State law only allows such a declaration to last 28 days without approval from the legislature. On Thursday, the House did not vote to extend the current state of emergency.

Whitmer said Monday she had requested to extend the state of emergency by 28 days as Michigan deals with the coronavirus pandemic.

1 / 8
AP
A protester holds a sign at the State Capitol in Lansing, Mich., Thursday, April 30, 2020. Hoisting American flags and handmade signs, protesters returned to the state Capitol to denounce Gov. Gretchen Whitmer's stay-home order and business restrictions due to the coronavirus pandemic while lawmakers met to consider extending her emergency declaration hours before it expires. (AP Photo/Paul Sancya)

This state of emergency was extended by 23 days through April 30, when the legislature voted down Whitmer's request for a 70-day emergency. The state of emergency has provided the basis for more than 60 executive orders from the governor, including closing schools and the stay at home order.

The state of emergency is not the same as the stay at home order, which is in effect until May 15. 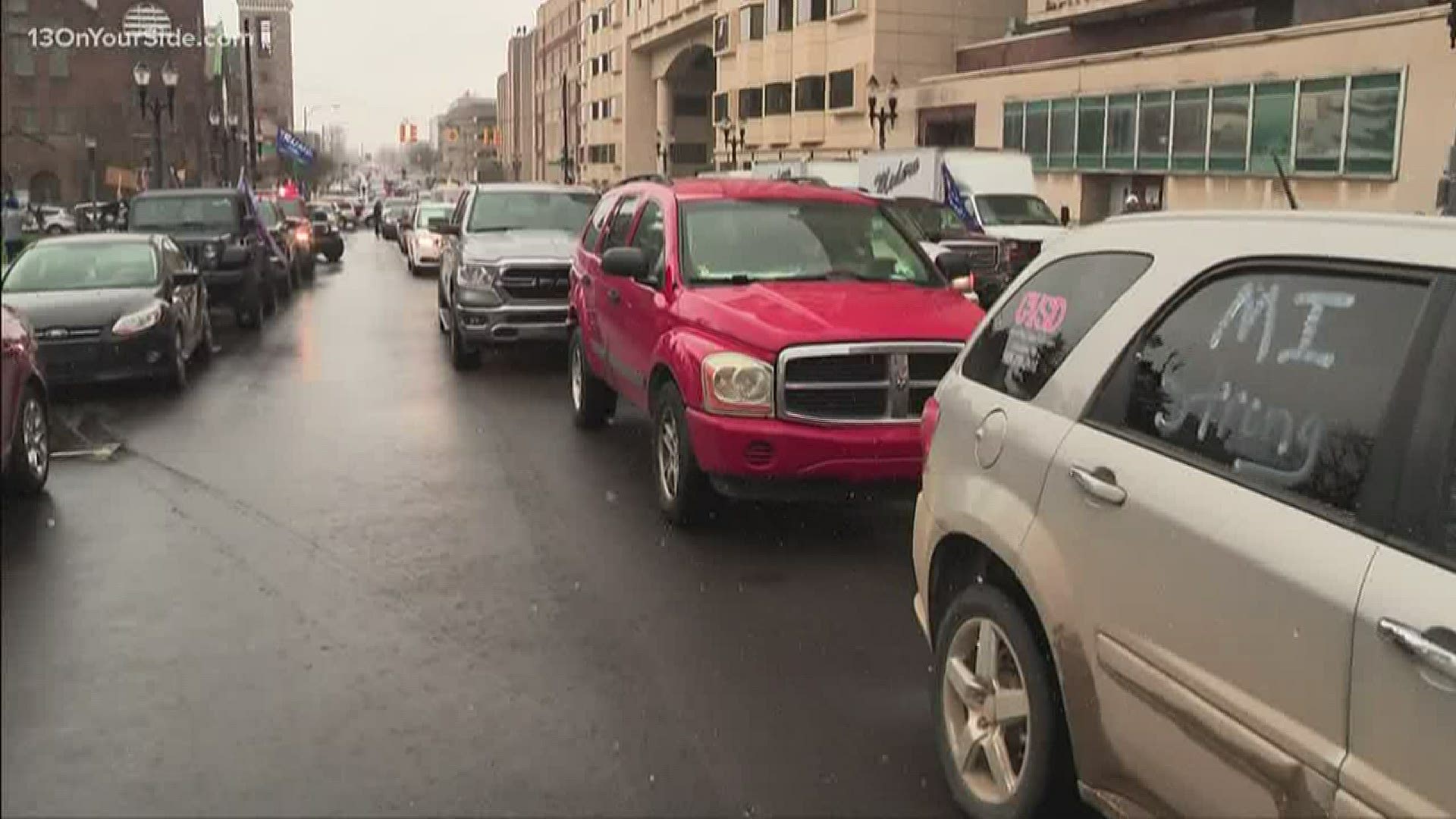