There's no shortage of demand for new homes or renovations, but it comes at a higher cost due to a lack of materials. 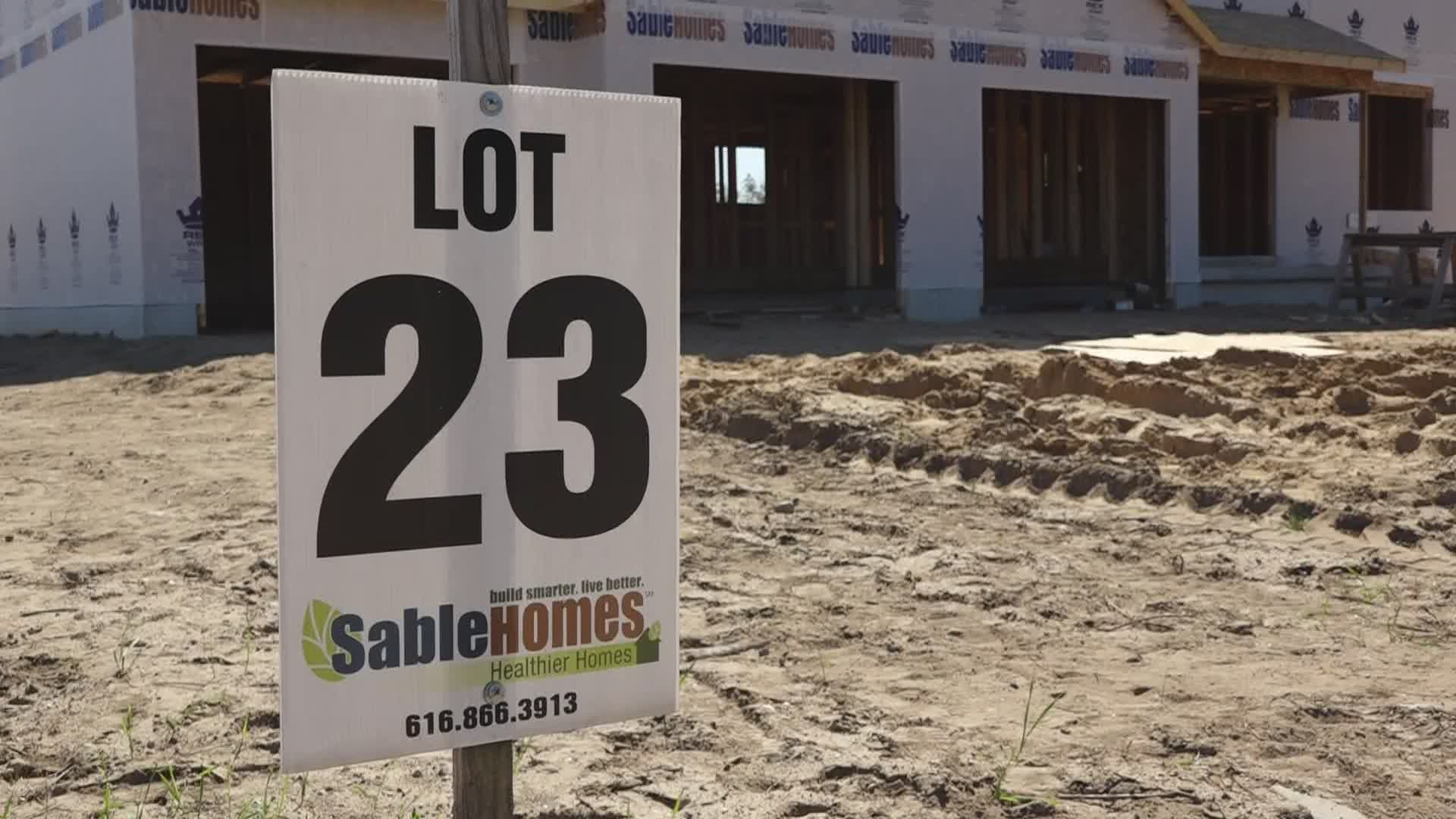 GRAND RAPIDS, Michigan — Homes are sitting unfinished and decks are taking months to complete as a supply shortage rocks the construction industry.

Curtis Myers, owner of Invisions Home Improvement in Grand Rapids, has been feeling a higher level of demand ever since the stay home order lifted on the construction industry.

"I had probably 10 or 15 calls just on decks right after the first week," Myers said.

But, he cut off deck projects altogether after learning that it would take months to acquire the necessary lumber.

"I have never seen in the nine years I've been here any type of delays like this," said Karin Kay, sales manager with Sable Homes.

Kay said the West Michigan based new home construction company first started to feel the strain in late May.

"At one point it was taking us over six weeks to get our cabinets, when they normally take about a week or two weeks," Kay said.

Kay attributes the shortage to a couple different things most tied to the COVID-19 pandemic, including manufacturing facilities remaining closed or operating at lower levels and international borders being closed.

"Not only are we seeing the manufacturing delay, but we're also seeing the ship delay. So, it just keeps compounding on top of itself," she said.

There was also an increase in home DIY projects in the last six months, according to the National Association of Home Builders (NAHB), which Myers said he has found as reason for some of the shortages.

Most homes are taking an extra two months to build due to the shortages, meanwhile, Kay says demand is high, 90% of Sable's homes are sold.

"We cannot put things in the ground fast enough right now," she said.

Kay said the demand for new homes is high after people were confined to them during quarantine. For Myers, he found that a combination of stimulus checks and home confinement led to an increase in home renovation projects, which have kept him busy.

He said he is trying to keep his prices reasonable, but for many, customers are paying the price for the lack of materials.

"It's difficult to keep your spirits high when you really need the materials and you've got clients who need houses," Kay said. "It's just getting really tough."