'Unmask our MVPs:' Protesters in Lansing against mask wearing for student athletes 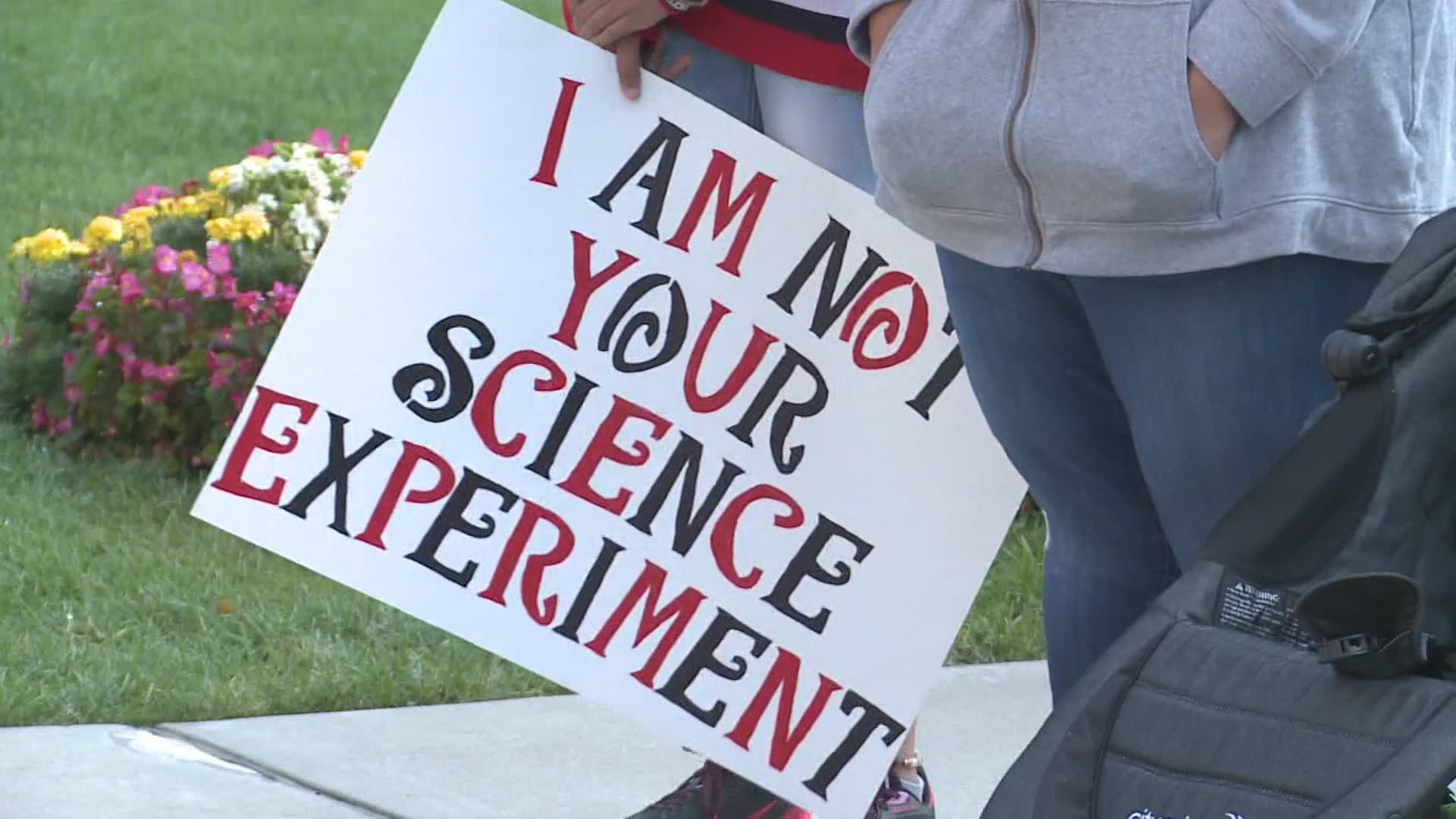 LANSING, Mich. — A group rallied on the steps and lawn at the Michigan Capitol building Wednesday. They were opposing Gov. Gretchen Whitmer's executive orders, 2020-176 and 2020-180, requiring athletes to wear a mask while playing sports.

Their main claim is masks put their kids in "a dangerous situation." That's due to heavy breathing while wearing one, and impaired vision that could cause injuries.

Sloan said parents and athletes have been logging some of their experiences playing different sports while wearing masks.

Credit: 13 OYS
A woman holds a sign, asking for her son to not wear a mask while playing soccer.

One of the group's largest argument is the World Health Organization (WHO) does not recommend wearing a mask for children playing sports. This is true. However, the WHO does encourage "all other critical public health measures: maintaining at least a 1-metre distance from others, limiting the number of children playing together, providing access to hand hygiene facilities and encouraging their use."

One mom attending Wednesday's rally said her three sons are concerned about playing sports this year while wearing a mask.

"We need to be respectful of people," said Kimberly Wells, a mother, "but we need to think of our kids and the injuries that could be occurred for them."

►Watch a portion of the rally live here.

Watch Live: Parents, coaches, and students gather at the State Capitol for a rally opposing the governor's mask mandate for athletes

Wells' younger son, Hudson, joined her at the rally. Hudson said he is not planning to play sports this year due to the mandate. Instead, he will play at home with his family, after having a tough time wearing a mask playing sports at his church.

"It was really hard to breathe through my mask," said Hudson, "sweat was getting all over, and I was totally exhausted by the time I was done."

The Centers for Disease Control and Prevention encourages mask wearing if possible for athletes. However, those engaged in high intensity activities may not be able to wear one if it causes difficulty breathing.

I’m reporting from Lansing today, where a group of people are protesting mask wearing for student athletes when they play sports. pic.twitter.com/De4T48g1fa

The Medical Director for the Kent County Health Department, Dr. Nirali Bora, sent 13 ON YOUR SIDE this statement about student athletes wearing masks:

Athletes who come into close contact with others while they play should wear masks to reduce the risk of infection for themselves and others. If they have difficulty breathing with the mask on, they should take it off for a few minutes until they can breathe more easily.

Senator Lana Theis (R)-Brighton, who penned an open letter to "Unmask our Children," spoke at Wednesday's rally. She was concerned to see many students forego playing sports this year due to the mask mandate.

"It is more beneficial for your child, who was having mental health issues before they started playing, and were all solved once they got on the team," said Theis, "Its more important that they are able to play."

Sloan said it broke her heart when she told her 9-year-old son he couldn't play soccer this year. However, she was unwilling to let him play with what she felt was a health risk from wearing a mask.

"We’re told masks are safe and keeping everyone lese around us safe," said Sloan, "Whether you believe that or not, it’s not safe for athletes and we need to have that addressed."

Masks and Athletes -- A doctor's perspective: 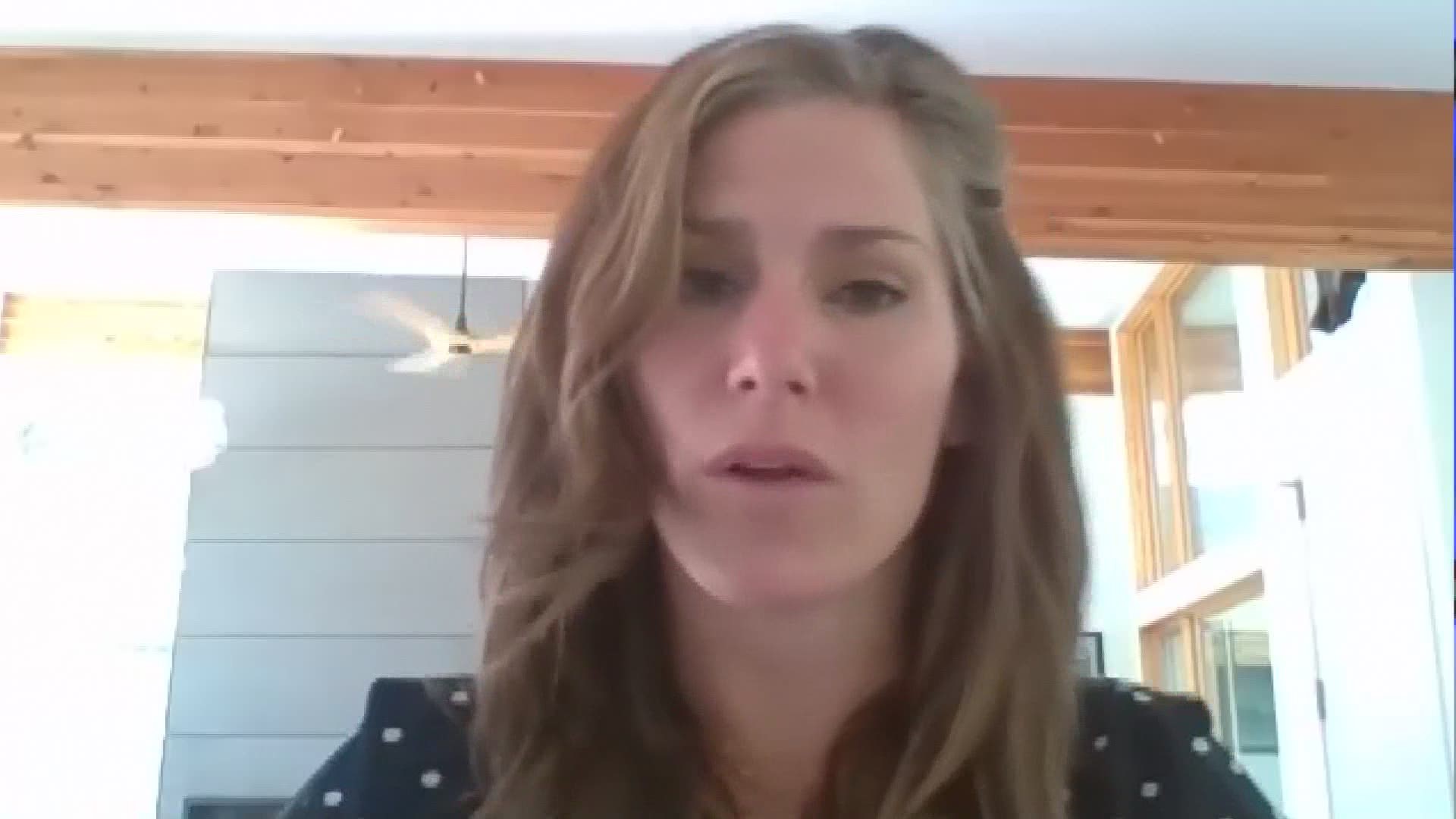 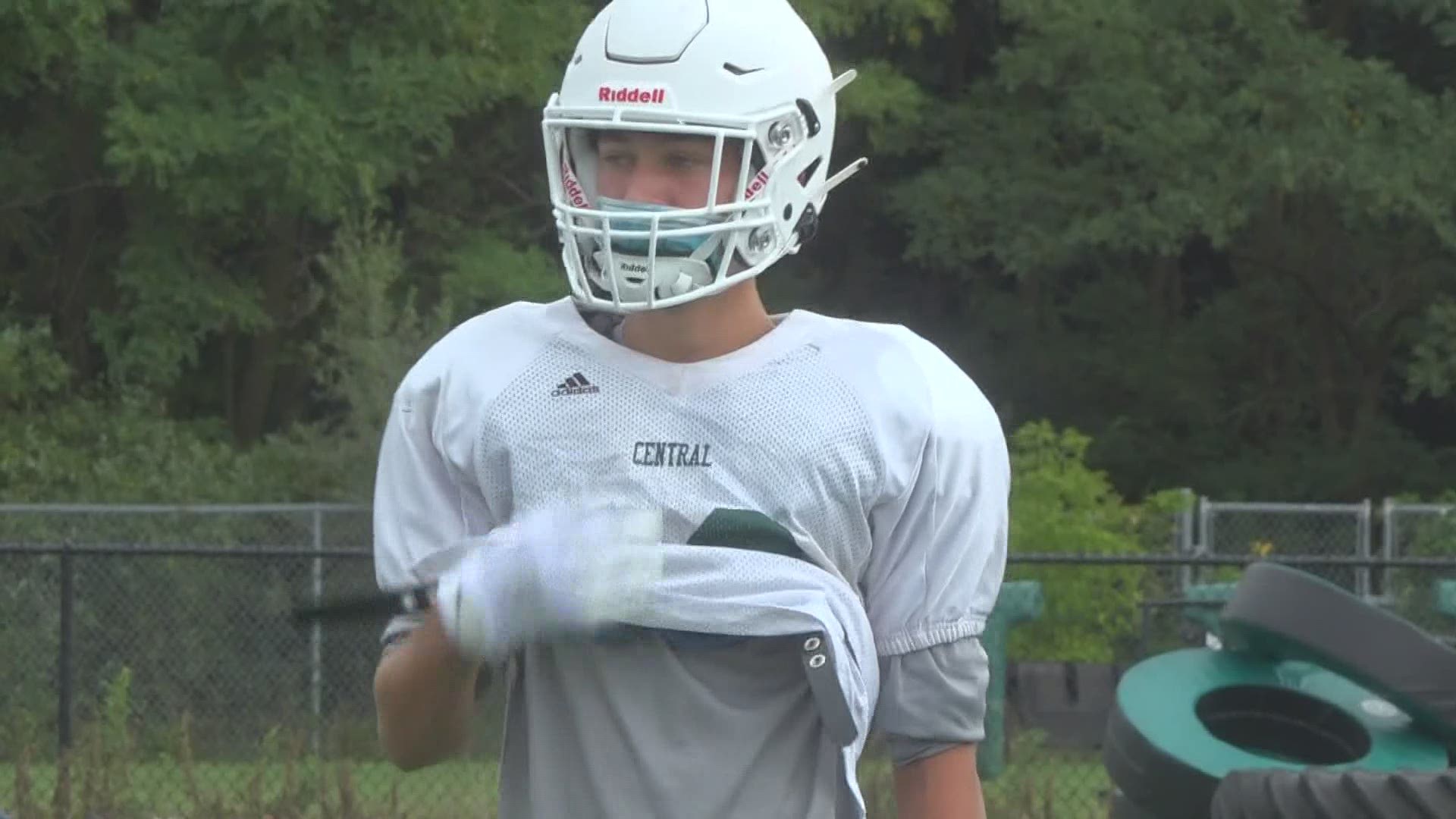