The counterfeit vaccination cards have two tell-tale signs, according to Customs and Border Protection officers. 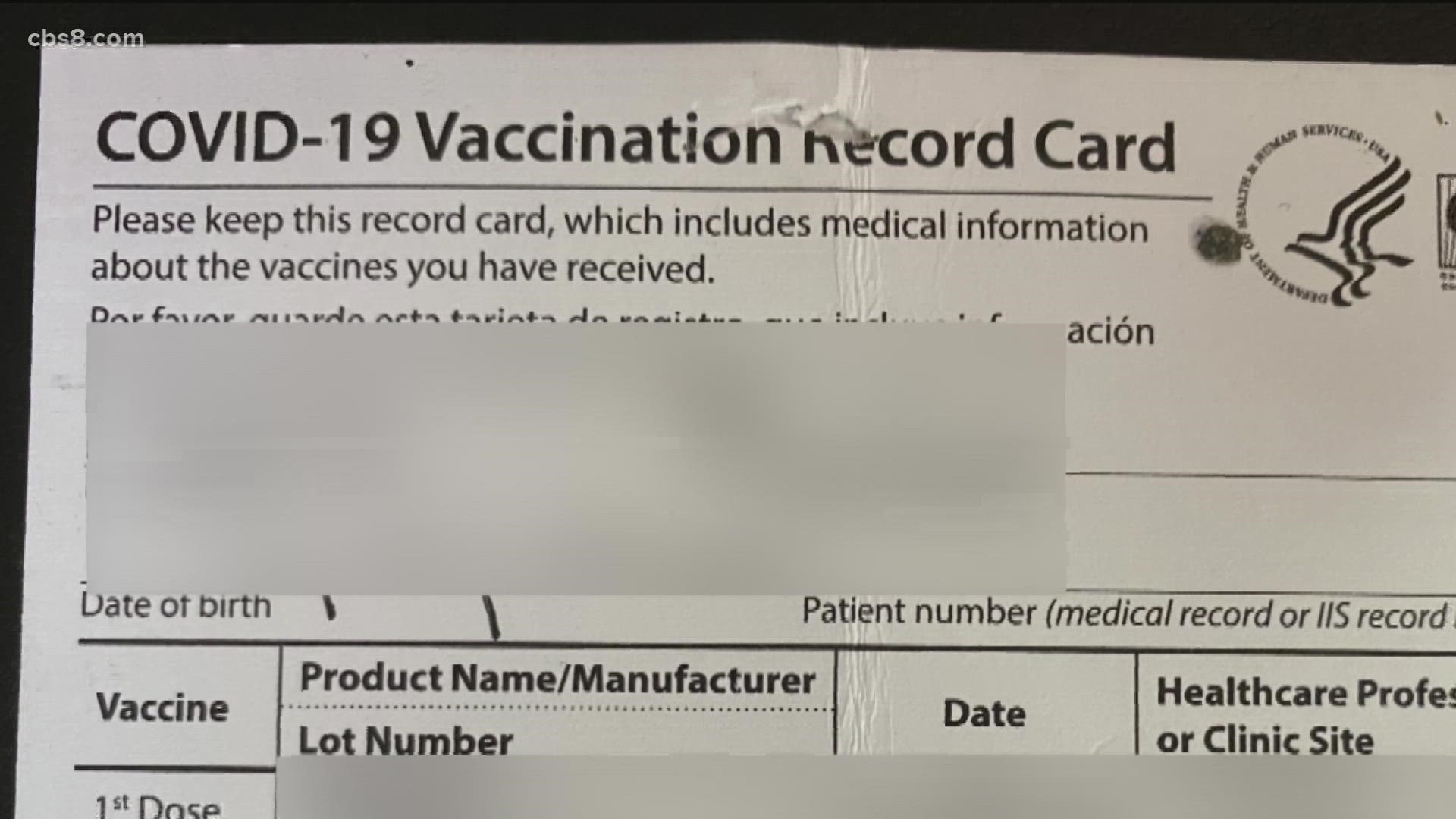 Thousands of fake COVID-19 vaccination cards have been seized by federal agents at multiple U.S. ports of entry, U.S. Customs and Border Protection has said through multiple updates over the past month. The agency said their poor quality is the dead giveaway.

In its most-recent update Thursday, CBP said its officers in Cincinnati have seized five shipments since Aug. 16 with a total of 1,683 fake cards. The cards have the Centers for Disease Control and Prevention logo, but CBP said officers noticed the cards had misspellings and that the print quality was "substandard."

The cards were being imported to residences in Illinois, Maryland, Missouri, New York and Texas, CBP said.

CBP said on Aug. 18 that officers at the port of Anchorage have seized shipments of more than 3,000 counterfeit COVID-19 vaccine cards.

Nineteen counterfeit vaccination cards at Chicago O'Hare Airport on Aug. 31, headed for a residence in Wapakoneta, Ohio. An image from CBP showed multiple misspellings, including spelling the disease "cOVD-19" and "COVLID-19."

On Aug. 13, CBP said it had made 121 seizures with 3,017 phony vaccination cards at the port of Memphis this year alone. The most recent case involved 51 "low-quality, counterfeit COVID-19 vaccination cards" that were headed for New Orleans.

CBP said Wednesday that officers have seized two shipments of cards in Pittsburgh since Aug. 24 -- a total of 70 cards. Again, the quality of the cards was the giveaway.

All the shipments came from China, CBP said in its updates.

In March, the concern over fake COVID-19 vaccination cards prompted the FBI to issue a joint statement with the U.S. Department of Health and Human Services urging people not to buy, create or sell fabricated vaccine cards.

The unauthorized use of the seal of an official government agency such as HHS or the Centers for Disease Control and Prevention is a federal crime that carries a possible fine and a maximum of five years in prison.

“Purchasing counterfeit cards supports criminals whose only concern is their bank account, not American security or the health of our citizens," Cincinnati Port Director Richard Gillespie said in a statement. "Our officers know that counterfeiters will try to replicate anything to benefit themselves, with no thought to the innocent victims that may suffer from their actions."

There are also state laws that could be broken for presenting a fake card. Investigators in Hawaii say an Illinois woman tried to bypass the state's 10-day traveler quarantine by uploading a phony card. The tell was a glaring spelling error. Moderna was spelled “Maderna," according to court documents.

In April, a bipartisan coalition of 47 state attorneys general sent a letter to the CEOs of Twitter, Shopify and eBay to take down ads or links selling the bogus cards.

Many of the sites have blacklisted keywords related to fake cards, but places to buy the documents are still popping up on messaging apps, chat forums and the dark web.

NBC News reports offers to sell the cards are widespread on the messaging app Telegram, which is based in the United Arab Emirates. In some cases, individual counterfeit cards are being offered for hundreds of dollars.

The COVID-19 vaccine is free in the U.S.

Cincinnati officers have also allegedly seized 2,034 phony Pfizer inoculation stickers. Pfizer makes one of the three vaccines being used in the U.S. 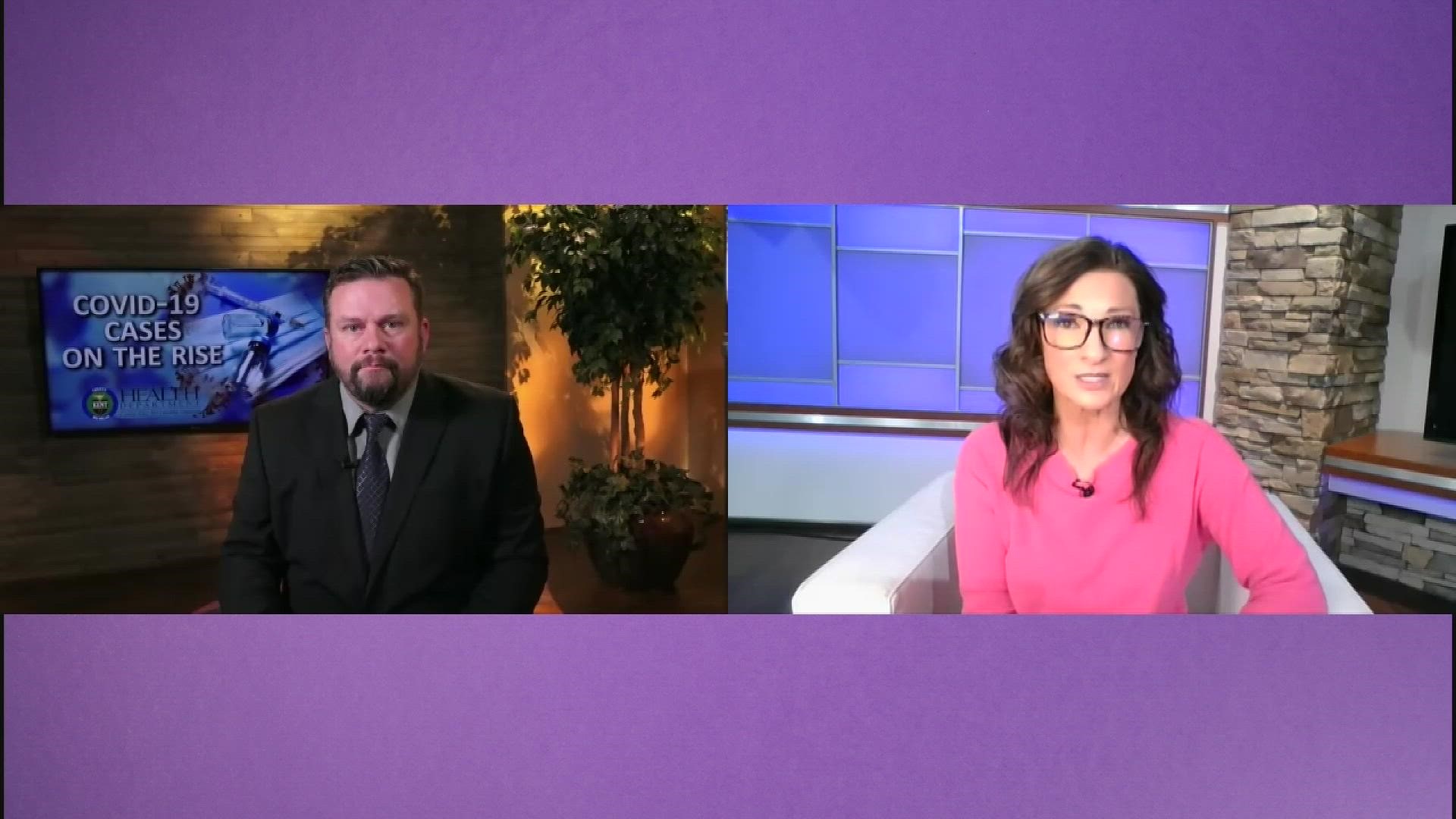 'So much of what we're seeing now is preventable:' Recent COVID-19 surge becomes concern for KCHD