How is mu different than other COVID-19 variants?

WHO said the first case was documented back in January 2021 in Colombia. 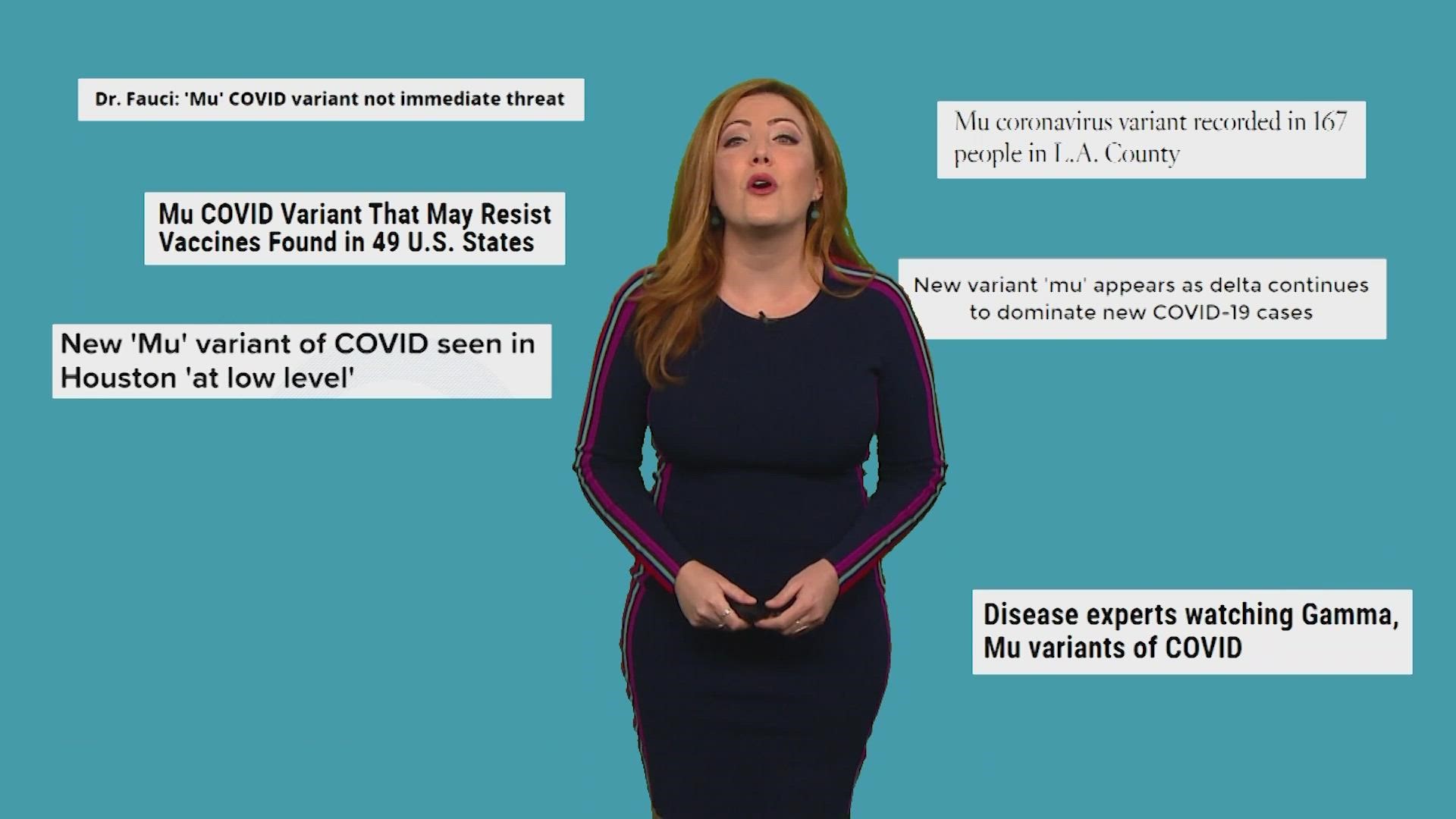 The World Health Organization added mu to its “Variants of Interest” list at the end of August, but it's been around for several months. WHO said the first case was documented back in January 2021 in Colombia.

RELATED: What is the new COVID-19 'Mu' variant?

So why is this variant called mu and not the Colombia variant? Early on in the pandemic, we tended to identify the variants by where they appeared to originate: the UK variant, the South Africa variant, etc.

But the WHO decided to instead label them with letters from the Greek alphabet. We’ve had Alpha, Beta, Gamma and Delta, for example. Those are all the WHO’s current "Variants of Concern."

Instead of dubbing this the Colombia variant, we’ve now reached mu, the 12th Greek letter.

We’re talking about mu now because it has the potential to be problematic. Per WHO, the variant has a constellation of mutations that have "potential properties of immune escape." In layman’s terms, that means the vaccine would possibly be less effective.

The good news is that mu isn’t spreading like delta is. It has been detected in 39 countries and 49 U.S. states, including Texas, but it accounts for less than 1 percent of new cases worldwide.

RELATED: Experts say mu variant of COVID is in Houston, but focus should remain on delta and getting vaccinated

Doctors at Houston Methodist say it started popping up in the Houston area in May and they’ve only documented about 40 mu infections. Instead, they say about 99 percent of new cases are the delta variant.