Whitmer expected to announce plans for schools on Thursday 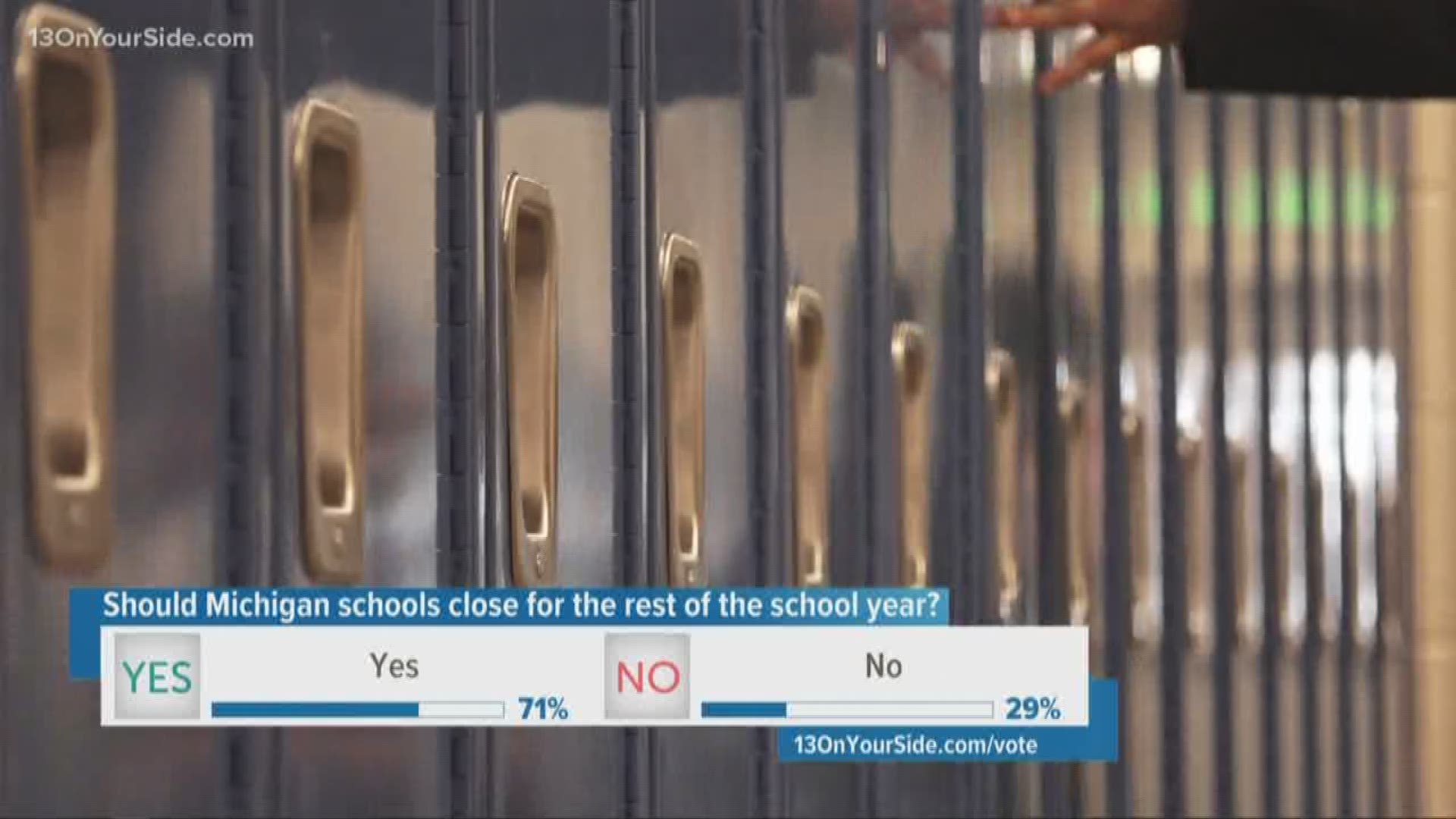 LANSING, Mich. — The governor is now tentatively expected to announce her plans for the duration of the school year on Thursday.

Many districts are operating under the assumption that students may not physically return to school this year. Some schools started utilizing virtual tools shortly after the closure to continue educating students, but last week the Michigan Department of Education issued a memo saying that virtual learning would not count toward instruction.

John Helmholdt, Grand Rapids Public Schools' executive director of communications, says the district is expecting the governor's directive this week to fill in the many blanks that have existed since the initial school closure.

"We have some amazing teachers who since day one have been maintaining communication with students, but our job as a district is to make sure it's equitable for all students," Helmholdt said. "We have to build a system that can account for all students, and right now, we are just awaiting that direction from the governor."

When Gov. Gretchen Whitmer first made the decision to close schools there were a dozen COVID-19 cases in Michigan, less than three weeks later the state's case count is over 7,600 and 259 people have died. Schools were originally set to close from March 16 to April 6, but under Whitmer's stay at home order, schools are now closed through April 13.

Reeths-Puffer Schools Superintendent Steve Edwards has warned families that it's likely students will not return to school this year.

"As much as I'd love to see every one of our 3,600 kids cross the threshold of our buildings tomorrow, I completely get it. I understand and I respect the decisions being made," Edwards said. "But, it's hard and we are missing our kids."

Both at GRPS and Reeths-Puffer, school officials are evaluating how to make a distance learning plan that can accommodate every student equally.

Helmholdt said GRPS, which is not a fully one-to-one device district, is working to evaluate how to get devices to students who otherwise do not have access to the Internet at home.

GRPS sent out a survey for parents to fill out to provide the district with a better idea about the needs of each household. Zeeland Public Schools released a similar survey.

"Most of us got into teaching because of the ability to help kids reach their potential in a very personal way. Distance and remote learning is better than nothing, but it's not better than what we do on a daily basis," Edwards said. "What we are going to do right now is make lemonade out of lemons."