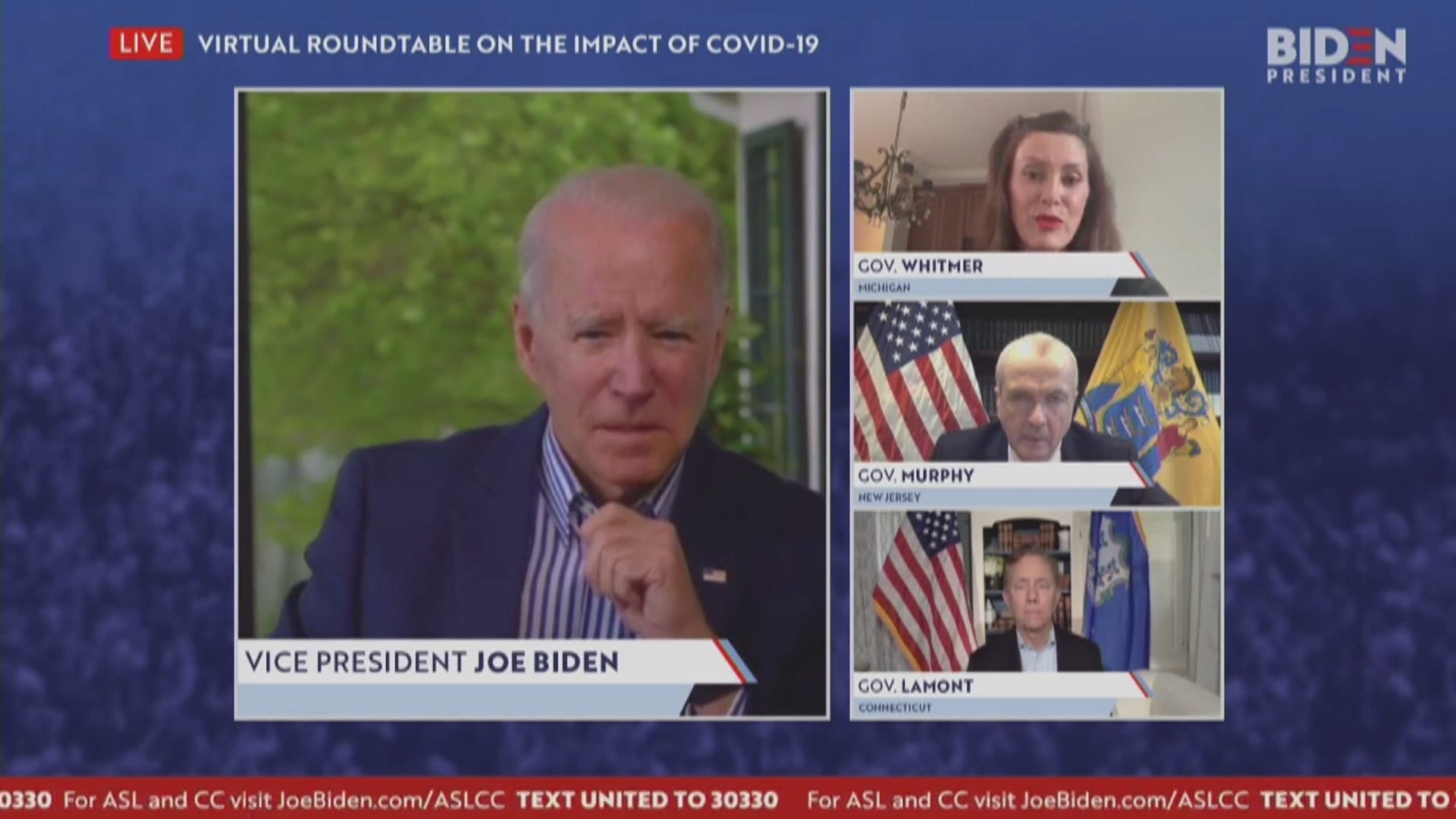 The call focused on the COVID-19 response of the governors and their states. Whitmer was joined on the call with New Jersey Governor Phil Murphy and Connecticut Governor Ned Lamont.

Each governor talked about how their state has been impacted by the pandemic. Whitmer specifically mentioned concerns with increased death rates in minorities, the fight to get more testing and the fear of a second wave.

"This past Sunday, we were at 6% positive cases -- which is the lowest percent we've had since the onset of those first cases March 10. This is the lowest we've been since that almost six weeks ago," Whitmer said during the roundtable. "We still got a lot of work to do though and there's no question that we need help from the federal government."

Whitmer also told Biden that she has reopened some industries, including manufacturing, commercial construction, and real estate, but continues to see troubling signs.

You can watch the full roundtable stream here: 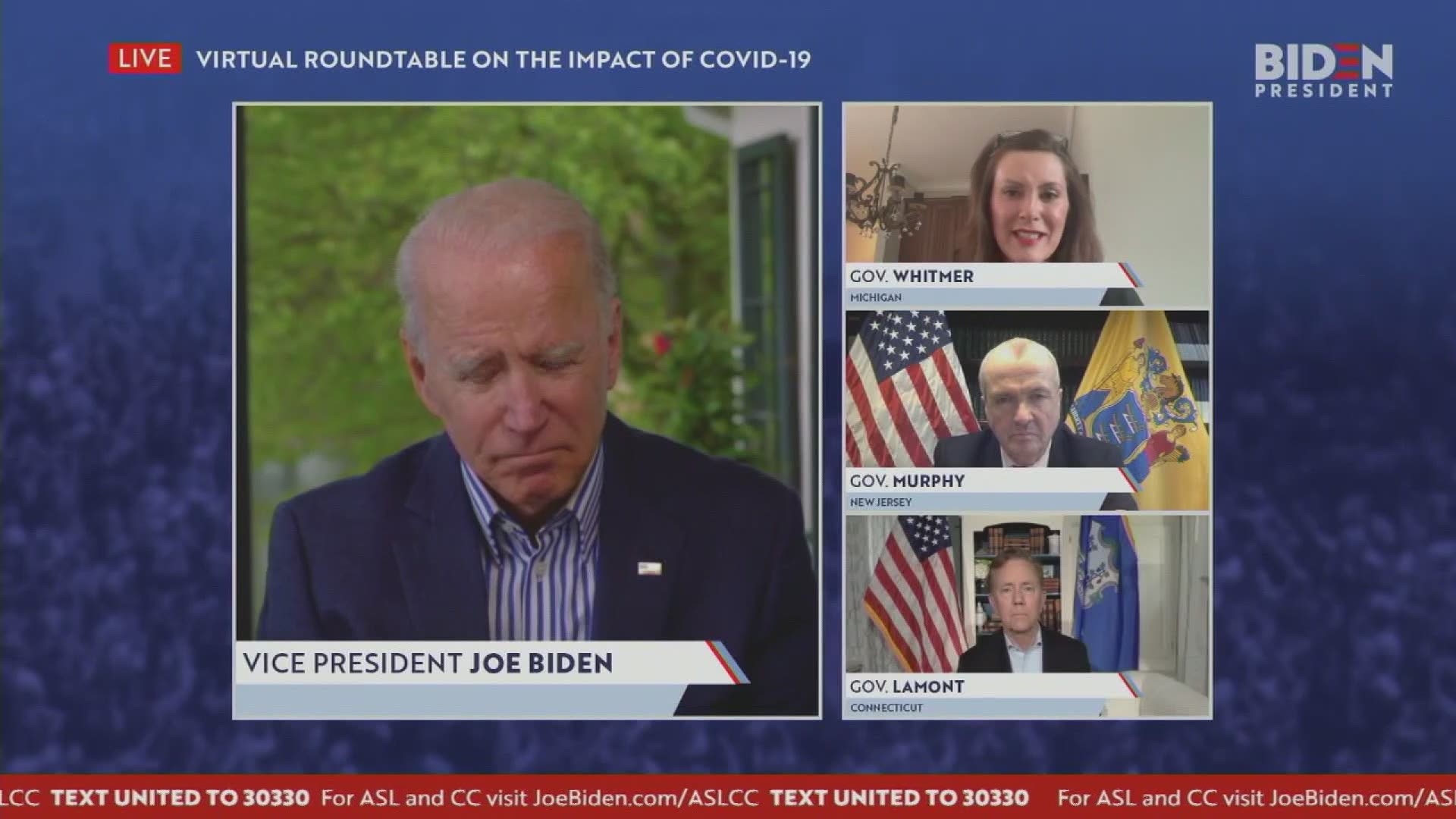