Young mother battling COVID-19: 'I would have not left my house if I knew how miserable this was'

A young St. Charles mother wants her 'terrifying' case of the coronavirus to convince others to stay home 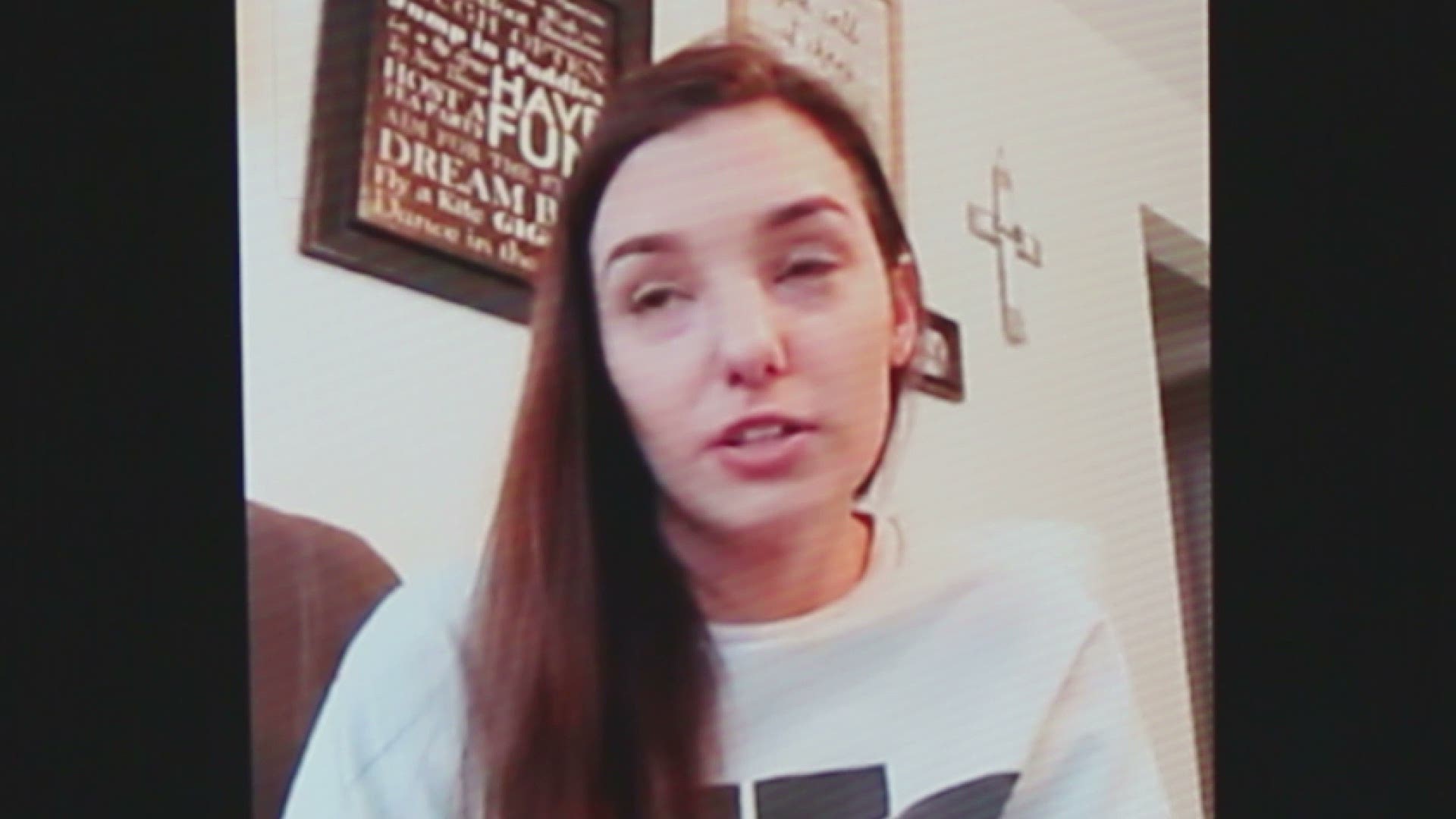 ST CHARLES, Mo. — “In the beginning — I'm not afraid to even admit it — I was one of those people,” said Brittany Greco over FaceTime. “I was like, they're making such a bigger deal out of this than need be. Like, if we all just do the right thing and wash our hands, we'll be OK.

"And then I got sick and I was like, OK, clearly that's not the mentality we need to have.”

The otherwise healthy 27-year-old mother spoke to 5 On Your Side from her home, but she’s spent much of the last few weeks in and out of the hospital due to complications from COVID-19.

RELATED: Everything we know about coronavirus in the St. Louis area

“I would have not left my house, gone anywhere, if I knew how miserable this was.”

At first, she thought she had allergies — she’d never dealt with them before, but figured that must be the cause of her cough and aches. But when she saw her fever spike, she went to the hospital.

“I took myself into the emergency room that first time and you know, they were like, ‘You have a virus, you're going to be all right,’” she said. “After that night, it was just all downhill.”

She was worried about the coronavirus but said doctors didn’t seem to be, yet.

“They didn't want to test me at first because I haven't traveled. I had not been around anybody that had tested positive,” she said. “It took, I want to say, my second time to the hospital and then the call to 911.”

She continued to feel bad and, worried she was going to faint from her shortness of breath, called an ambulance. As she described her symptoms to the paramedic, she said their coronavirus safety protocol kicked in.

“He came up and checked my O2 and since that was OK, he literally told me he wouldn't have transport and you know, it was for their safety, my safety, but I could call the CDC and go from there.”

When she finally got tested, the results were positive, and within a day, she was in the ICU.

“I guess the best way I can explain it is, imagine if you jump in water and, you know, you have that feeling of, ‘I have to go up for air,’ and you can't,” she described. “It is terrifying. I don't think there's any age where this wouldn't be scary.”

RELATED: Here's when COVID-19 could peak in Missouri and Illinois

She’s home now. Doctors told her she’s safer there since she’s stable, but she's still alone. That means she’s been separated from her son for the last few weeks.

He turned 6 while she was in the hospital.

“That's probably been one of the worst parts. As bad as the sickness is, the emotional side of things are almost just as bad.”

RELATED: Here's when COVID-19 could peak in Missouri and Illinois

Though the CDC advises that you should call a local hotline if you think you might have the coronavirus, rather than go to the hospital, Greco is frustrated that it took her so long to get a test when it was clear she was sick.

“The fact that they didn't want to test me at first cause I hadn't traveled or been around somebody, I was like, 'Sorry, what was that? I know something's wrong.' You know, I have all of the symptoms. I had a doctor in the emergency room tell me they were pretty much positive. I had it, but I couldn't get tested,” she said. “If I would've gotten tested sooner, I feel like I would have been able to start a treatment sooner. I could have probably avoided a couple more hospital visits where I had the opportunity to, you know, spread this.”

She said she’s sharing her story because she knows there are others still carrying on as if this could never happen to them — the kinds of thoughts she had not too long ago.

“I'm 27, so I've been blessed to have an immune system that can fight it. But there are thousands and thousands of people who don’t,” she said. “I know each one of us can think of at least five or six relatives we have that would not be able to fight this off, that have children that I could not imagine having this or fighting this off. And if you're not going to do it for yourself, do it for those people that, you know, if they get this, they're not going to be able to fight it.

“Being able to breathe should not be something that's hard to do."

RELATED: Businesses may get COVID-19 relief loans as soon as Friday

RELATED: Doctor warns of a 'brief window of opportunity that is rapidly closing' to slow COVID-19 in Missouri