Edibles that look like candy or other foods aren't harmful to a full size adult in moderate amounts, but they do contain a highly concentrated amount of THC. 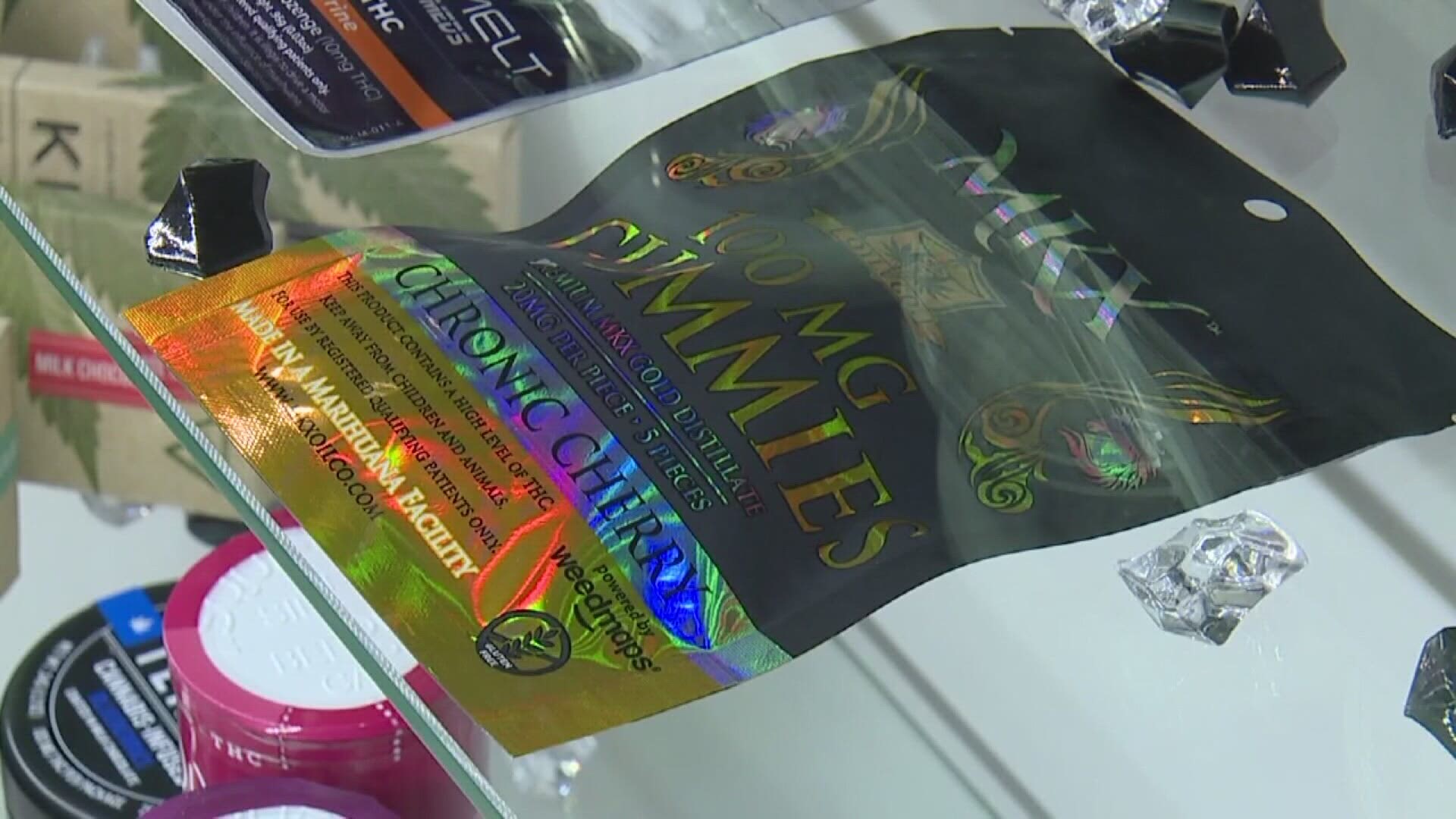 "I had six in three shifts," she says. "I don't know if the quarantine has anything to do with it or not, because it seems to have increased since that time as well."

Edibles that look like candy or other foods aren't harmful to a full size adult in moderate amounts, but they do contain a highly concentrated amount of THC.

"Imagine if a toddler gets a hold of one of those packs that look like gummy bears," says Michiels. "They'll eat the whole thing because it tastes like candy."

The side effects of a marijuana overdose for a child can range from going unconscious to becoming extremely agitated.

"Many of them have had their breathing affected so severely that we've had to place artificial breathing tubes and breathe for them," explains Michiels.

To keep edibles out of your kid's hands, she says just placing them out of sight and out of mind isn't enough.

At the ER, Michiels says many parents don't tell the truth about having marijuana in the home. To get your child the best treatment, she says honesty is the best policy.

"We're not trying to get anybody in trouble, we're not judging you, we just want to care for your child in the best way we can with the fewest interventions and tests that may be unnecessary," she says.

If you think your child got into any marijuana you have at home, Michiels says to bring them to the hospital immediately.