Flu season is here. Here are the facts on the biggest myths of the flu vaccine

The CDC recommends anyone over six months get their flu shot by the end of October. 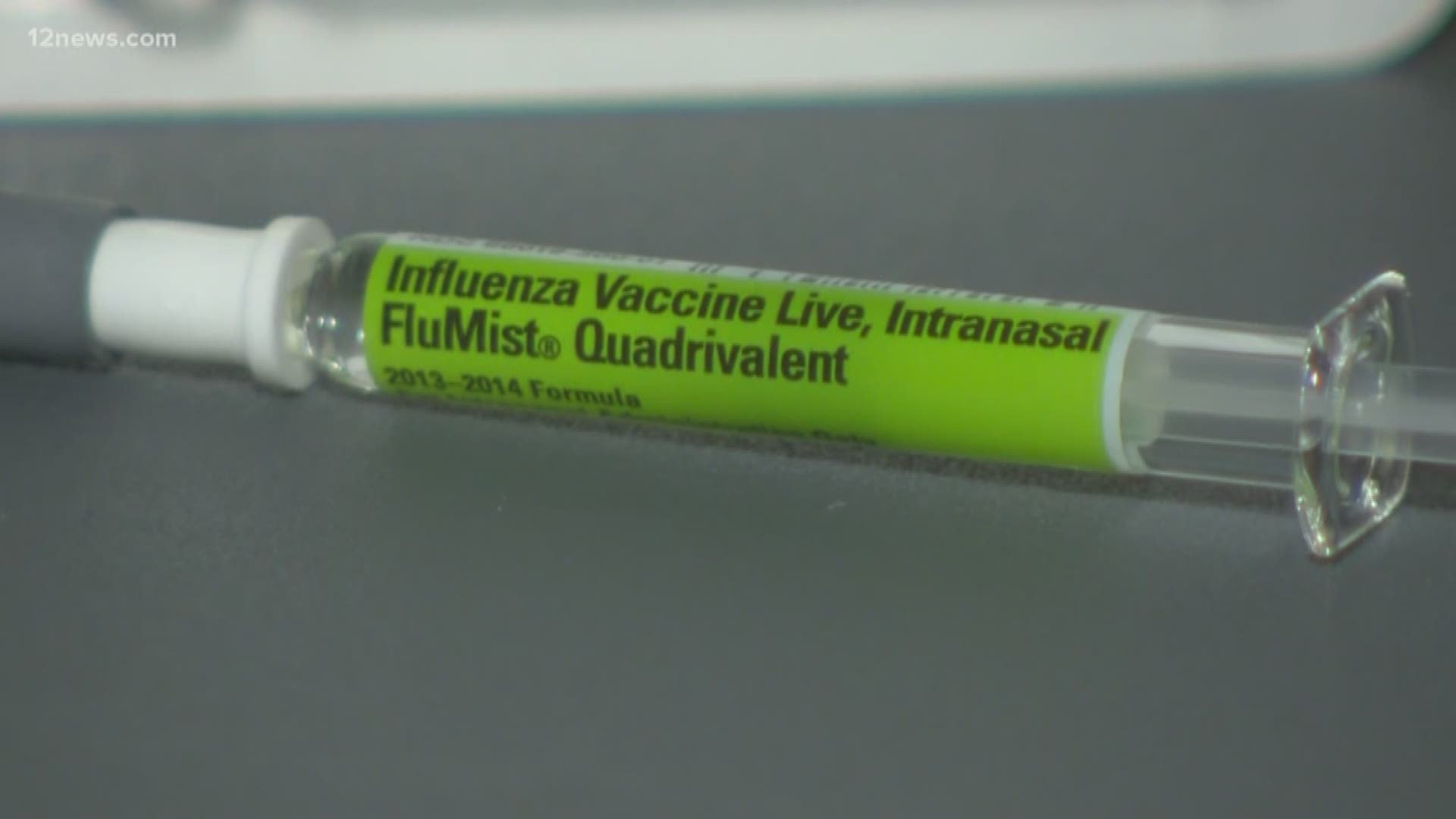 While Halloween is still a few weeks away, flu season is already here. Patients are already showing up with the flu at Cigna Medical Group in Phoenix.

Alexis Ryon, a clinical pharmacist at Cigna Medical Group, says the flu is expected to be more serious than in years past.

"We also think the flu vaccine is much more well-matched this year than it has been in previous years," Ryon said. "So we expect people who get the flu vaccine to not have as serious complications from the flu if they would have not gotten the vaccine."

We're getting the facts about the biggest myths out there about getting your flu shot.

RELATED: Health officials: It's time to give flu vaccine another shot

Myth 1: You can get the flu from the flu vaccine

Ryon said that's not true because of the way the vaccine is designed.

"It's an inactive virus. It's not alive. It cannot give you the flu. But it's giving your body the sneak peek it needs so that if you were exposed to the flu virus you'd be able to fight it off much easier," Ryon said.

"The flu vaccine is the single greatest defense you have against getting the flu," Ryon said.

Here's the thing, there's usually three to four strains of the flu circulating during a season, so scientists try and figure out what will be going around and put it in the vaccine.

"If you do get exposed to a virus that's a little different than what was in your vaccine, you may get the flu, but a significantly weaker version of the flu," Ryon said.

Myth 3: You can't use the nasal spray vaccine

"This year that is not true, you can definitely use the nasal spray," Ryon said.

Ryon said the strains the spray covers should match well to the strains circulating this year. While the shot is an inactive virus, the spray does have a weakened virus in it.

"After you get the nasal spray, you can have mild flu-like symptoms. That's just your body being exposed to that flu virus and revving up and getting ready to fight a more serious viral infection that it could be exposed to in the future," Ryon said.

Myth 4: If you have an egg allergy you cannot get the flu vaccine

Ryon recommends always talking to your doctor but said you can still get your flu vaccine if you eat cooked eggs and get hives or a rash.

"If you have anaphylaxis or difficulty breathing after you eat cooked eggs, you should get your flu vaccine done at your doctor's office so they can just watch over you and make sure," Ryon said.

RELATED: Verify: Is it ever too early to get your flu shot?

Myth 5: You should wait until it's cold outside to get the flu vaccine

The CDC recommends anyone six months and up should get their flu shots before the end of October so you're ready to fight off the illness because it takes time to do its job.

"It's about two weeks before your body is prepared to fight any sort of infection," Ryon said.