Meet a father-of-two who received a rare, life-saving intestinal transplant after surviving a bull attack that crushed his abdomen.

Caleb Brooks and his young family live on a small farm in Morgan County, Alabama.

They care for many animals, including a 2-year-old bull named Cash.

”We raised him. So, I went and got hay that day,” said Caleb.

What happened next, would change his life forever.

“Caleb pushed the hay bale in there. Cash just kind of puts his head down and, I mean, like the snap of a finger darts right into his stomach,” recalls Madeline Brooks, Caleb’s wife.

“He picked me up and I went up in the air and he put his head right here and smashed me into the tree,” Caleb said.

He was taken into emergency surgery at a nearby hospital, suffering from internal bleeding and crushed intestines.

“Never in a million years would I have thought that my intestines were, you know, just completely ruined,” said Caleb.

Caleb was flown to Cleveland Clinic, one of only a handful of hospitals in the United States that perform intestine transplants.

“If there’s anything wrong with the intestine, there could be significant issues with maintaining that balance of fluid, electrolytes and nutrition,” said Anil Vaidya, MD, Caleb’s transplant surgeon at Cleveland Clinic. “He had nothing. He had only his stomach to about 10 centimeters of his duodenum, so there’s no way he could be eating anything. That was just not possible.”

About three months after his accident, Caleb was put on the transplant waiting list. He and his family, including his newborn son, moved to Cleveland, Ohio to wait. Good news came a few weeks later.

“She said, Mr. Brooks we have an intestine for you. This is a perfect match for you,” Caleb remembered.

After 10 hours in the operating room, Caleb had new intestines. Being young and healthy, he recovered quickly and returned home to Alabama about a month after surgery.

He will take medicine to prevent organ rejection for the rest of his life and will also have to take care of his new intestines with a healthy diet and lifestyle.

It’s been nearly a year since the accident and he’s back to work full time as a sheriff’s investigator and active father-of-two.

“Briar, my oldest, is playing coach-pitch baseball. I’m the head coach. Ya’ll see me out there hitting the ball and throwing him the ball,” said Caleb. “It’s just awesome to be able to actually do that.” 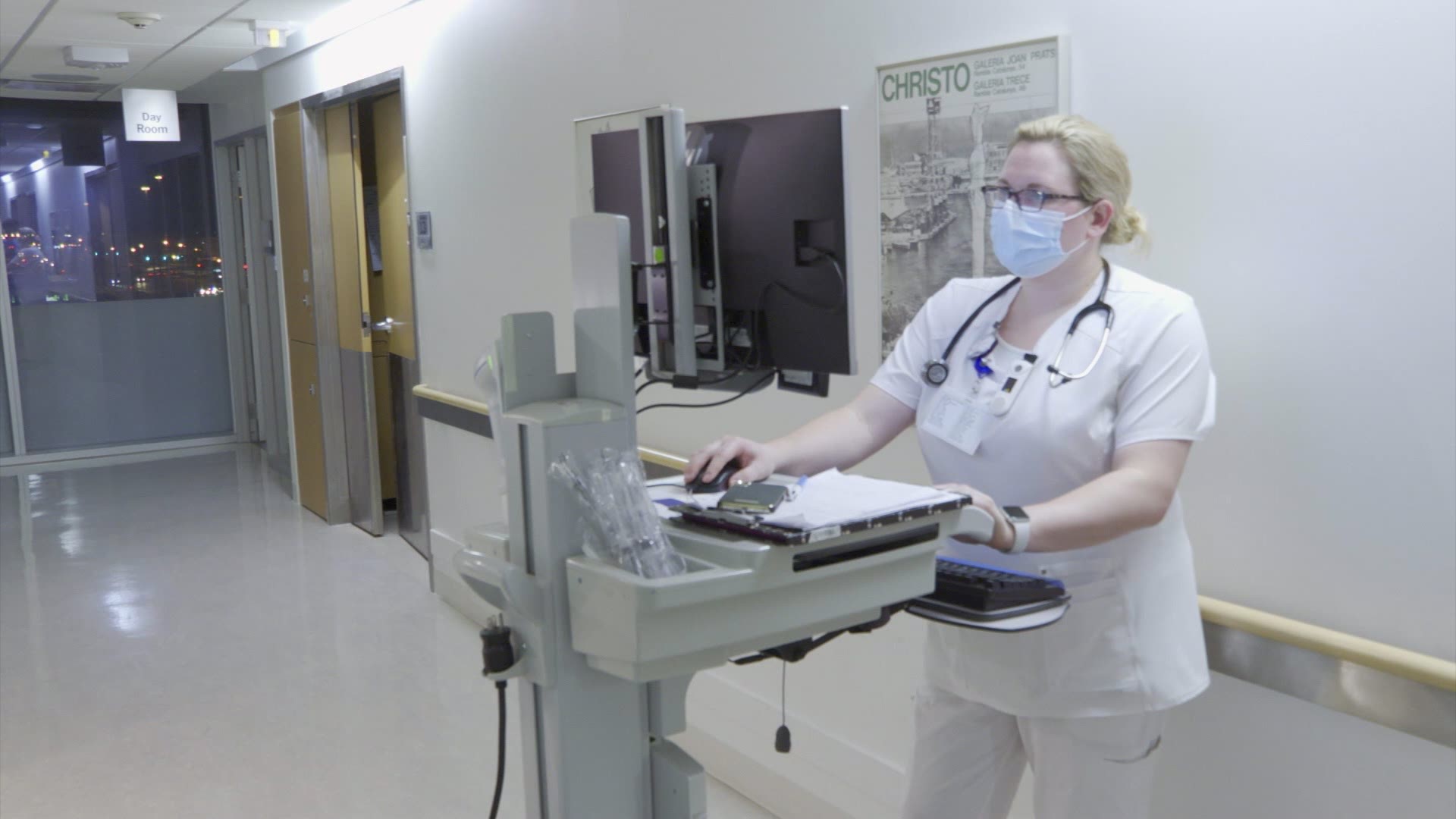