The Escanaba was commissioned in 1932 and was stationed in Grand Haven until it was redeployed during World War II. 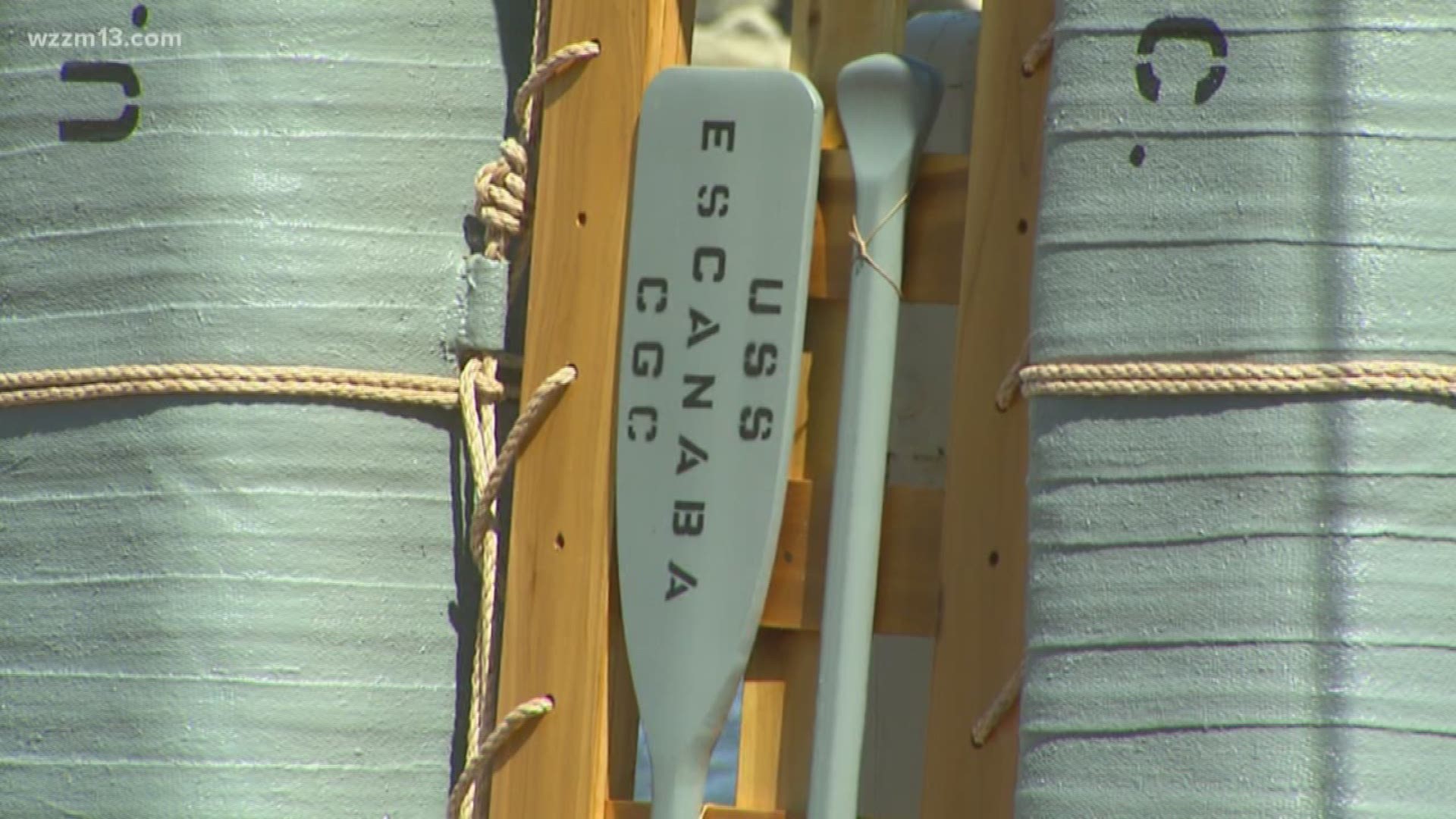 (Grand Haven Tribune) - It’s been 75 years to the day since the U.S. Coast Guard cutter Escanaba sank to the bottom of the Atlantic Ocean.

Early on the morning of June 13, 1943, while serving as a convoy escort, the Escanaba hit either a mine or a torpedo and quickly sank. The ship went down with a crew of 105 on board, and 103 of those perished, while two — Boatswain's Mate 2nd Class Melvin A. Baldwin and Seaman 1st Class Raymond F. O'Malley, Jr. — were rescued.

The Escanaba was commissioned in 1932 and was stationed in Grand Haven until it was redeployed during World War II.

It clearly took a few days for the news of the Escanaba’s sinking to reach Grand Haven. Once it did, the news dominated the front page of the Grand Haven Daily Tribune, which ran a headline across the top of Page 1 proclaiming “Escanaba is sunk.”

A second cutter named Escanaba (WHEC-64) was built for use in the war, although the war ended before it was commissioned in 1946.

A third cutter named Escanaba (WMEC-907) was commissioned in 1987 and is currently based in Boston. That ship will visit Grand Haven for this year’s annual Coast Guard Festival.

To commemorate the 75th anniversary of the sinking of the Escanaba, the Coast Guard Festival committee will host a memorial service at 11 a.m. today. The memorial will take place, fittingly, at Escanaba Park.

“We’ll be dedicating an area with the names of the individual sailors who were lost during that time, as well as the names of the two survivors,” Coast Guard Festival Committee Executive Director Mike Smith said. “There will be a public memorial service as if those sailors died on that day this year.”