MapNTour features multiple tours around Michigan, including one of Grand Rapids that highlights former President Gerald R. Ford's life in the city. 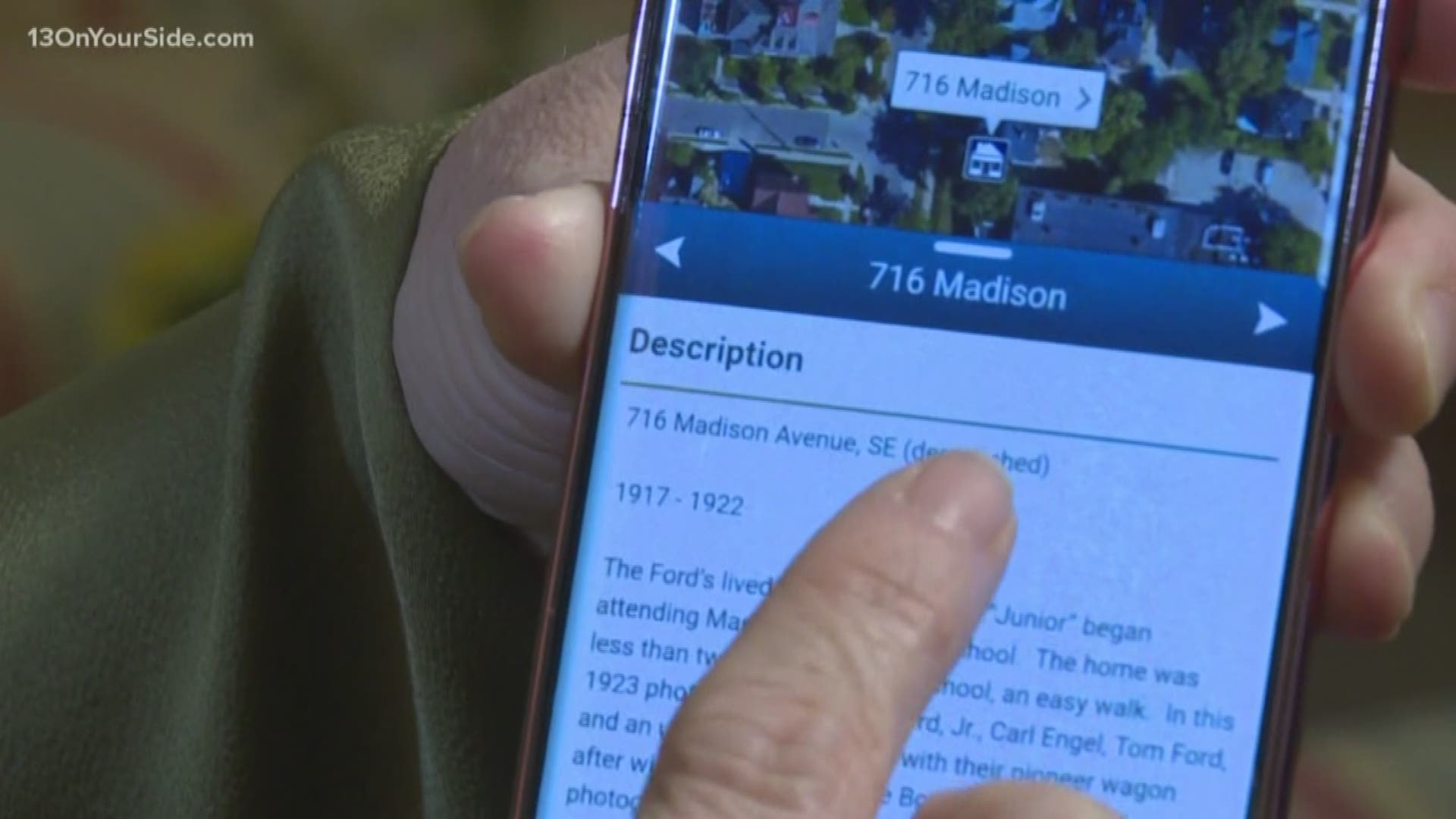 GRAND RAPIDS, Mich. — Every year, Presidents Day falls on the third Monday of February. And residents of Grand Rapids have a reason to celebrate it. It's no secret that former President Gerald R. Ford is from the city, but to highlight his life, the Gerald R. Ford Presidential Foundation partnered with a Michigan-based interactive map company to bring his past to life.

MapNTour is an app available for download on smartphones and offers multiple interactive, virtual tours in states such as Michigan that people can experience through walking or driving. The presidential foundation created a tour specifically to highlight Ford's life in Grand Rapids and his college years at the University of Michigan.

The Ford tour features 30 spots that are representative of Ford's life. There are 27 locations in Grand Rapids and three in Ann Arbor.

In Grand Rapids, the executive director of the Gerald R. Ford Presidential Foundation recommends visiting South High, where Ford went to high school. The building is now used as a job center, but Joe Calvaruso said the structure has remained intact.

"Inside and outside still looks like it did all of those years ago," he said.

Calvaruso also recommends visiting the seven houses that Ford lived in during his childhood and adult life in Grand Rapids. None of the houses that he lived in are designated as historical sites, but the history is still there.

"The houses he lived [in] and where he went to school look much like they did all those years ago. So we're fortunate to be able to share that with people, and on a day like this where people are remembering the presidents," Calvaruso said.

Although there aren't any signs to inform the public that a house they're driving by was once home to a former American president, the community is still aware.

13 ON YOUR SIDE went to three spots on the tour on Presidents Day and drove by the first house that Ford lived in in Grand Rapids: 1960 Prospect Ave. SE. There were construction workers on the roof of the home and one of them yelled, "This was the president's house!"

Credit: 13 ON YOUR SIDE
The first house that former President Ford lived in in Grand Rapids: 1960 Prospect Ave. SE.

The communications and operations associate at Gerald R. Ford Presidential Foundation said it's important for everybody to know that Ford grew up in Grand Rapids. She said the map gives the history of his life that the Ford Museum, for example, doesn't offer.

"You can walk through the museum and see the pictures and read the stories, but if you have the app, you can go to the location and it really brings it to life," said Kristy Lecceadone.

She recommends doing the tour in a car, especially if history buffs are planning on going to every stop. She said the Grand Rapids tour takes about an hour by car, but will take longer to see the stops in Ann Arbor.

Ford graduated from the University of Michigan and played football there. The Ann Arbor portion of the tour features The Big House, Gerald R. Ford Presidential Library and the DKE Shant Building.

MapNTour is available for download on the Apple Store or Google Play store. 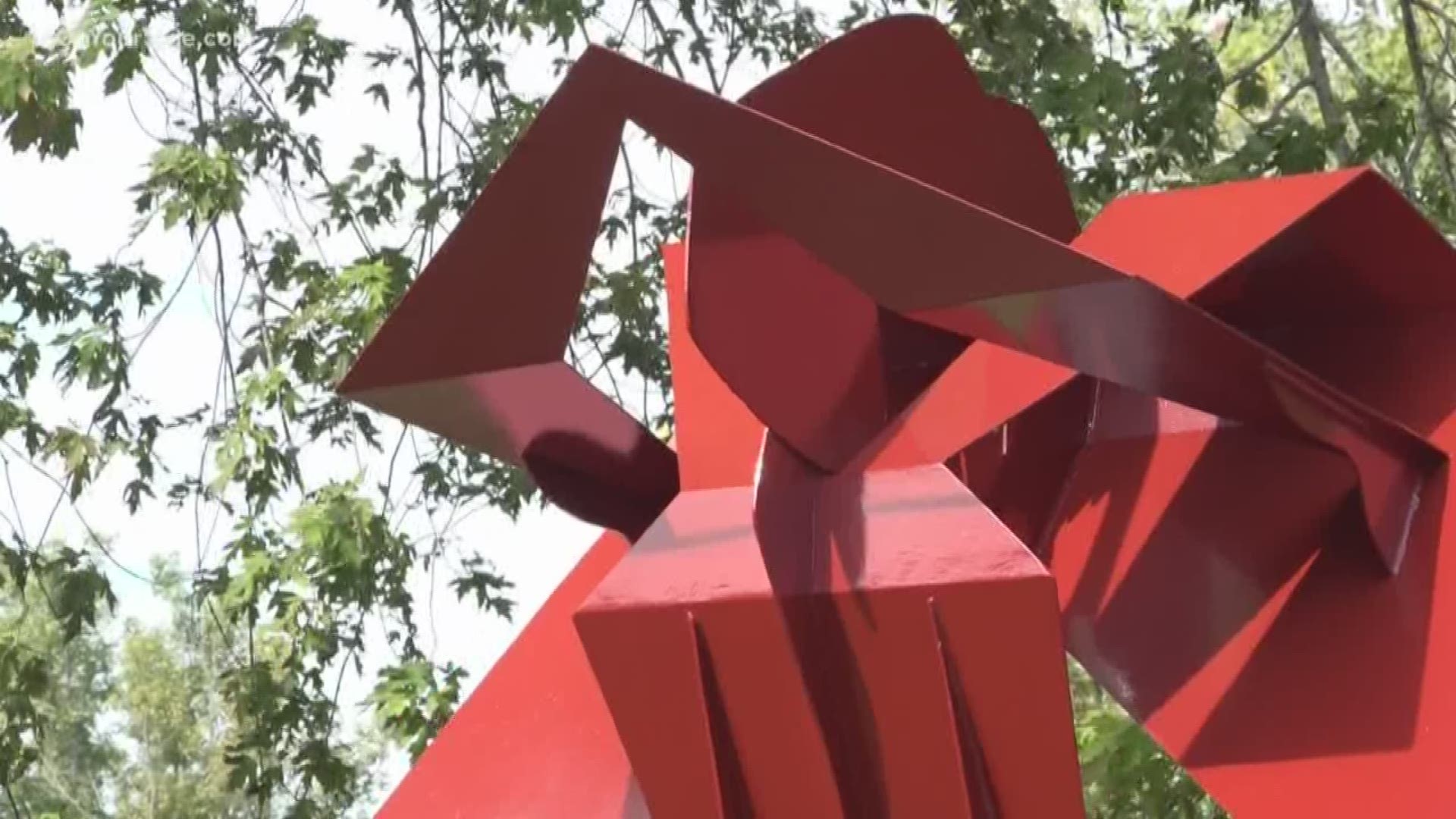