Holton Fire Chief dies from injuries in a motorcycle accident

Arrangements for Chief Hawk's funeral are still being made, no date has been chosen yet. 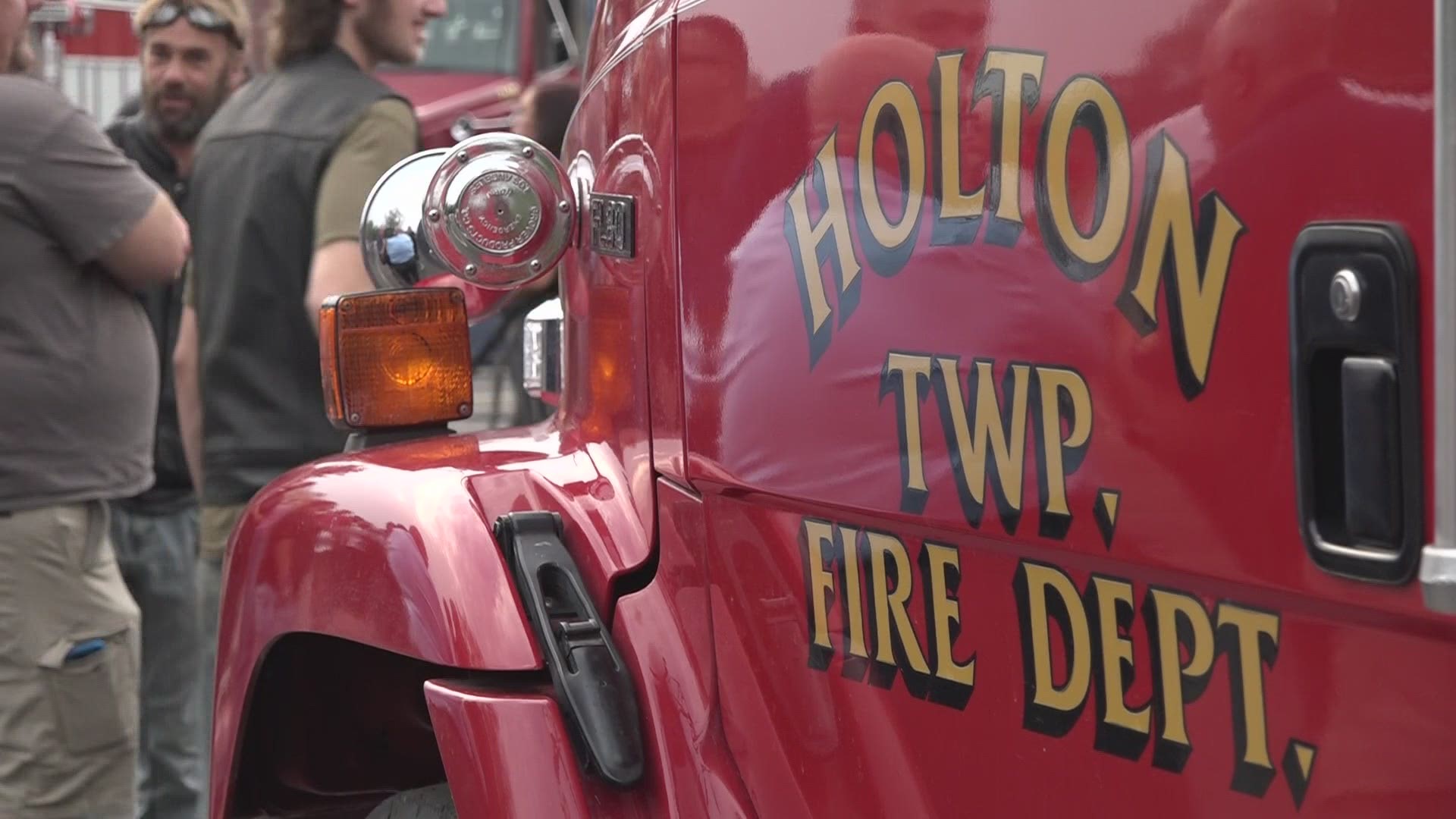 HOLTON, Mich. — On Thursday, Holton Township Fire Chief Bryan Hawk died from injuries suffered in a motorcycle accident. Not long after, his family and community gathered to mourn the loss.

You could tell from the large crowd, Hawk was a brother to a lot of people. First and foremost, to his actual brother, Ted Hawk, who remembers Bryan as dedicated to his job.

"He started at the bottom, worked his way up through every position at the department," says Hawk.

A department that both became family.

"The guys in the department aren't just fire brothers, they're actual brothers," says Hawk. "He was a big brother to everybody."

And ran in the family.

That brother was Mark Hawk, who the family also lost this year to cancer.

The two losses, unimaginable for the Hawk family. But in Brian's death, just as he did as a fire chief, he continues to give.

"There have been recipients for his kidneys and for his liver already," announced a pastor at the vigil.

"Its a beautiful thing," says Ted.

In his final hours, the Hawk family was able to be by Bryan's bedside.

"It was tough, but I wouldn't have been anywhere else," says Ted. "It was peaceful and it was easy for him."

And, fittingly, its his brother who has one final message for him.

"Brother to brother, I'd tell him how proud I am of him," said Hawk. "And I'd also tell him we got it, Chief. Rest easy."

Arrangements for Chief Hawk's funeral are still being made, no date has been chosen yet.