How a West Michigan school phased out the valedictorian honor 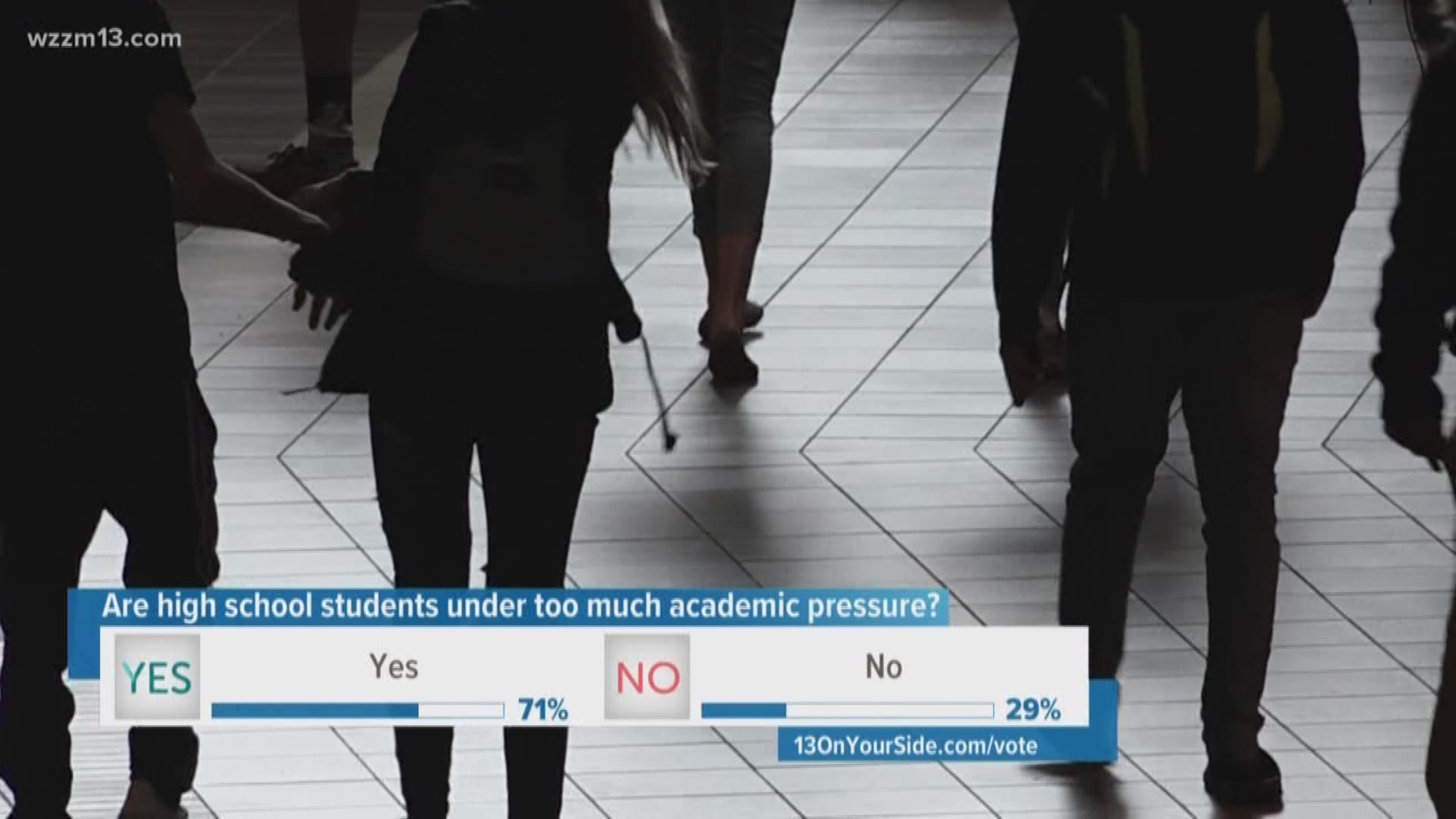 Orchard View High School Principal Dan Bolhuis said they got the idea to get rid of the two academic honors from Spring Lake.

"We wanted our top students to be truly representative of our top students," Bolhuis said Monday. "We found that some kids were taking easier classes and padding their grade point averages."

In 2000, the school shifted to recognizing the top 10 students, but eight years later, they got rid of that list.

"We decided that we wanted to encourage kids to do better on the ACT or SAT," Bolhuis said.

They created the 'Senior Scholars' group. A point system based on a students grade point average (GPA) and their ACT/SAT score. There can be any number of students who qualify each school year.

This method, Bolhuis says, also allows students more freedom to take more challenging classes without being as concerned about their GPA.

"We didn't want our top kids having to go across to Muskegon Community College to take remedial classes. We wanted to encourage our kids to take our higher level classes, so that they would do better in college," Bolhuis explained.

He said students with GPAs as low as 3.0 have still made it into the scholar group due to high ACT/SAT scores. As far as the competitive academic pressure, Bolhuis says there's been less of it since the change.

"It's still based on a point system; you can say that this was the top person. But that's not what it is about. It's about being recognized as a Senior Scholar."

Seniors can also get up to two days off school, if they log a certain amount of hours doing online SAT/ACT prep.