How do you sleep? It could be a matter of life and death

A Grand Rapids woman is making it her mission to educate doctors and their patients about the dangers of sleep apnea. She knows better than most people how tragic the disorder can be. 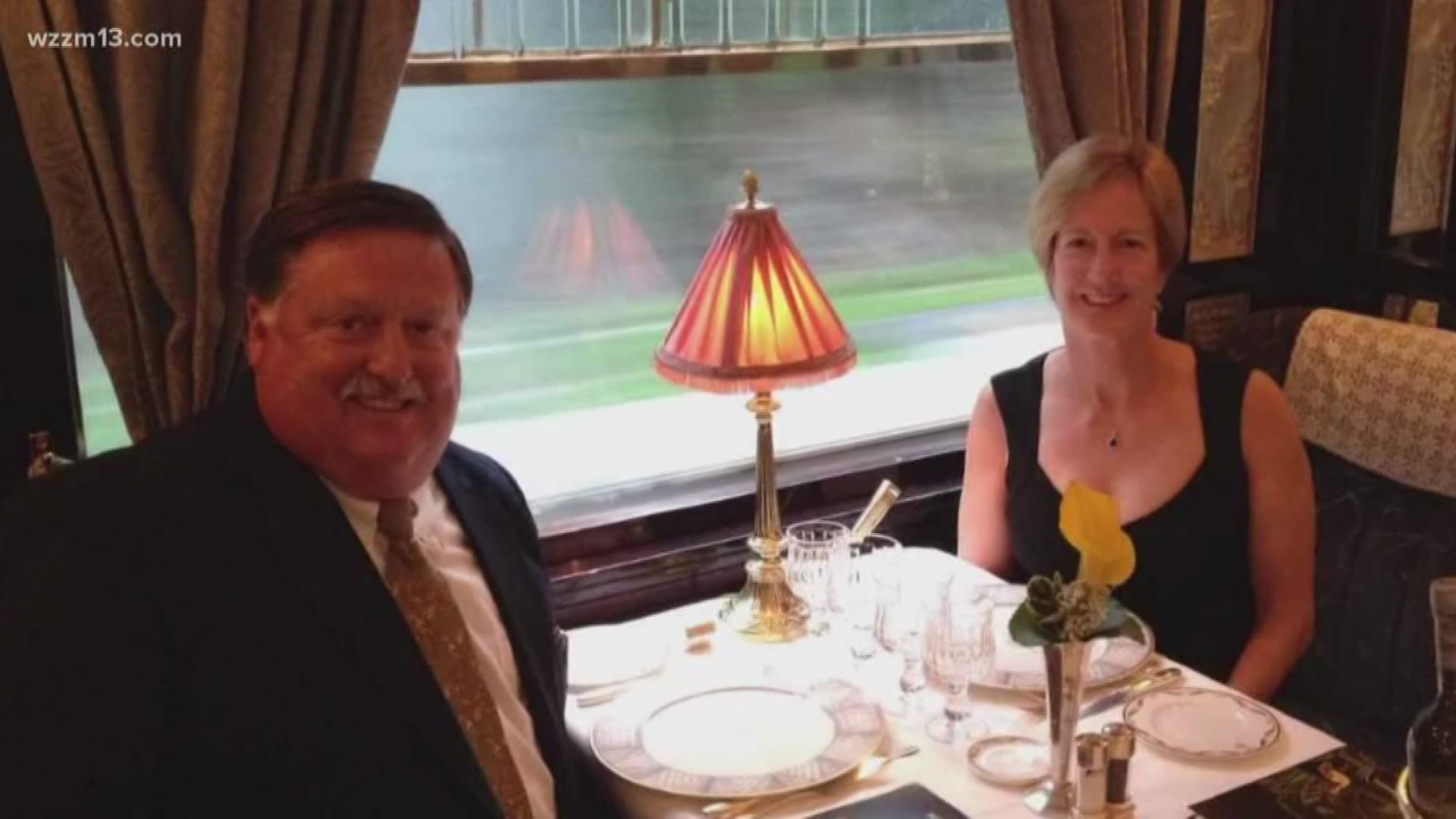 GRAND RAPIDS, Mich. — John Schaff and his wife Mary lived a wonderful life together until John's untimely death a few years ago.

John had always been a snorer, but as time went on his snores became loud and at some point, Mary says he stopped breathing when he slept.

He saw his primary care physician but was given the same direction every time: lose 40 pounds. John tried hard to do that, eating right and exercising, but still, the weight remained.

It wasn't until John admitted that he had sleep apnea to an internist that he learned the disorder was keeping him from losing the weight. So he set an appointment to get it taken care of. But it was too late.

A heart attack claimed John's life at the age of 57. Sleep apnea was listed as a contributing factor on his death certificate.

Mary has since made it her mission to get people educated about the dangers of sleep apnea. Doctors estimate as many as one in three Americans could have sleep apnea, but most don't get tested. You can find a list of symptoms and resources on Mary's website.

There will also be a platform tennis tournament in John's memory Friday, Feb. 22 at 6 p.m. at the Kent Country Club in Grand Rapids. It will raise money for the Cleveland Clinic's Sleep Centers, which Mary has been working to support.