How to help shelters, rescue groups inundated with cats

The trap-neuter-release method is one way to control cat populations and keep feral cats out of shelters. 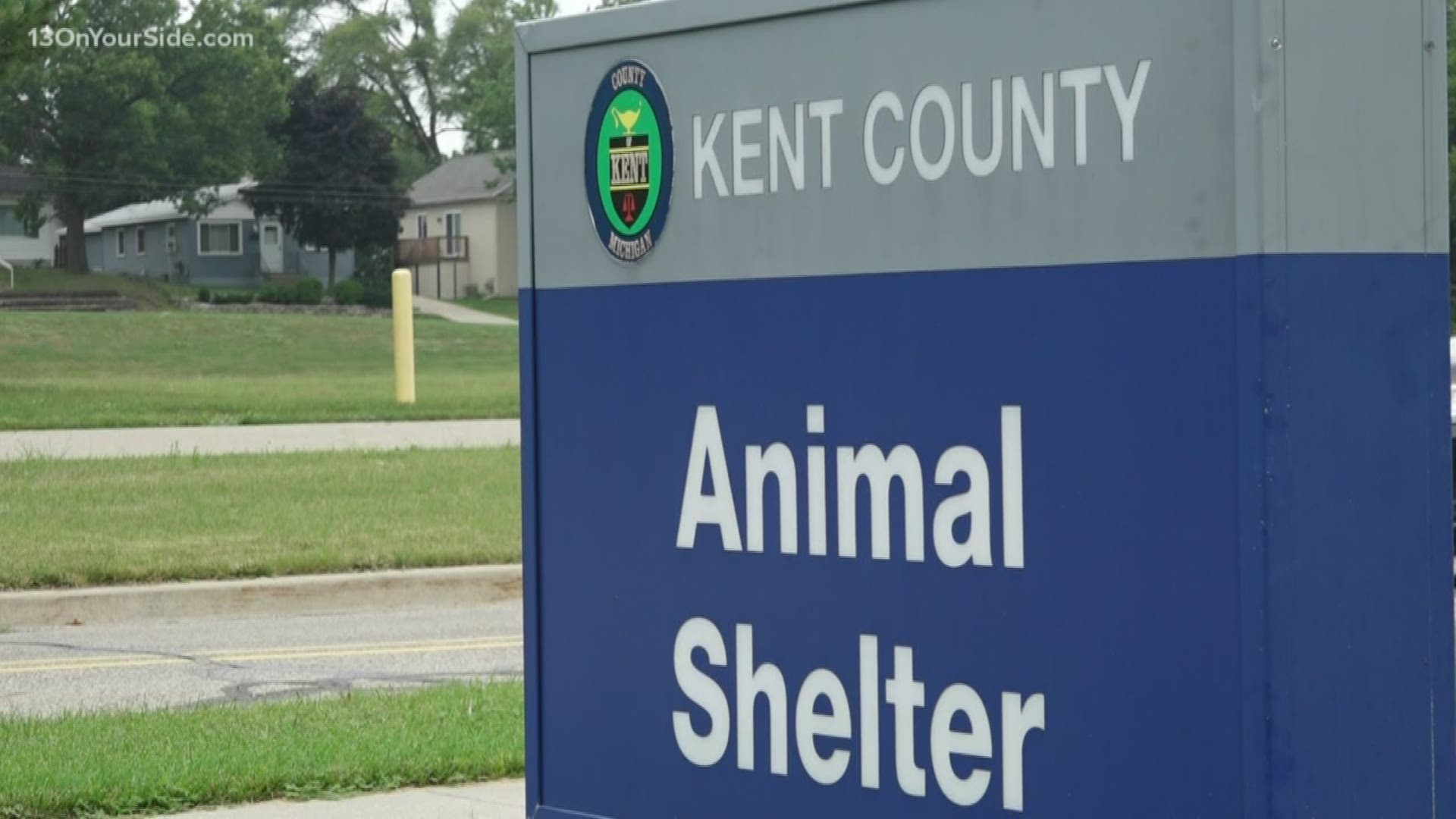 KENT COUNTY, Mich. — Kent County Animal Shelter had 15 cats dropped off half an hour before they closed last week.

Summertime has always meant a rapid influx of cats and kittens for animal shelters and rescues. Some rescues say this summer has been especially bad leading to never-ending wait-lists. KCAS has to accept all animals, so there is no wait-list. Even so, Ota-Noveskey said she's not sure that it's actually been worse for them, or if they are just keeping more cats for longer periods of time to ensure they get placed in homes when possible.

"I think we have 100 cats in this building," Ota-Noveskey said.

That number includes feral cats, some of them waiting to be spayed or neutered.

"Not every cat is a stray cat. They may be a community cat that actually belongs in the community," Ota-Noveskey said. "So, even if they are friendly... if they have a left ear tipped then you should probably just leave them in the community."

That left tip on the ear is the national sign for a cat who has been spayed or neutered and released, also known as TNR.

"There has been a national shift over to TNR as the most humane way to handle feral cats in your neighborhood," said Maggie Latta, the client services and community outreach manager at C-SNIP.

TNR keeps cats out of shelters, where they may wind up euthanized, and instead allows them to roam freely without further increasing the cat population.

"If you have a population of cats in the community that means there is a food source," Latta said.

Whether that food comes in the form of a heavy rodent population or at the hands of a human, that food source keeps the cats coming around regardless if some are relocated to a shelter.

"So, you're really not solving the problem. It's kind of just a vicious cycle. Really the best way to deal with a population of cats is to do TNR," Latta said.

C-SNIP will fix feral cats, give them a rabies vaccination and an ear tip all for $15. The Kentwood-based business will also rent out live traps and walk people through the trapping process.

"It stabilizes the population," Latta said. "When [cats] are altered, they are not fighting over resources or fighting over mates, so they are less destructive."

If you come across a litter of feral kittens, Latta said the best thing to do is get them away from their mother as soon as they are old enough to eat solid food. The feral mother should then be fixed to avoid future litters, and once the kittens are socialized they can be adopted out.

"It's kind of two-fold, you're not only fixing the feral cats, but you're also trying to re-home the social cats, who could potentially be good house cats," Latta said.

The difference between a feral cat and a stray cat, is that a feral cat has never been someone's pet. Stray cats have typically lived in a home at one time before escaping or being left behind, so they are typically more social and familiar with humans. Stray cats can be fixed for $45 at C-SNIP, with options for financial assistance. Latta said that anyone attempting to home a stray or a kitten on their own should charge a re-homing fee to avoid cats winding up in unsafe situations.

The best thing for the shelters and rescues at this point is to adopt a cat, if you are able. But Ota-Noveskey said that families should take into account the needs and personality of their current pets first to avoid animals being returned.

"As much as we want people to come and adopt cats, we also want to advocate for the family's cats. Don't stress them out," she said.

To view adoptable animals at KCAS, click here. The shelter is open for visitations and adoptions Monday through Thursday 1-6:30 p.m. and Fridays 9 a.m.-4:30 p.m. A number of KCAS cats are also transferred to the Humane Society of West Michigan to be adopted out.