The DNR has relaxed rules on the number, age and gender of deer Michigan hunters can harvest to help shrink the herd. 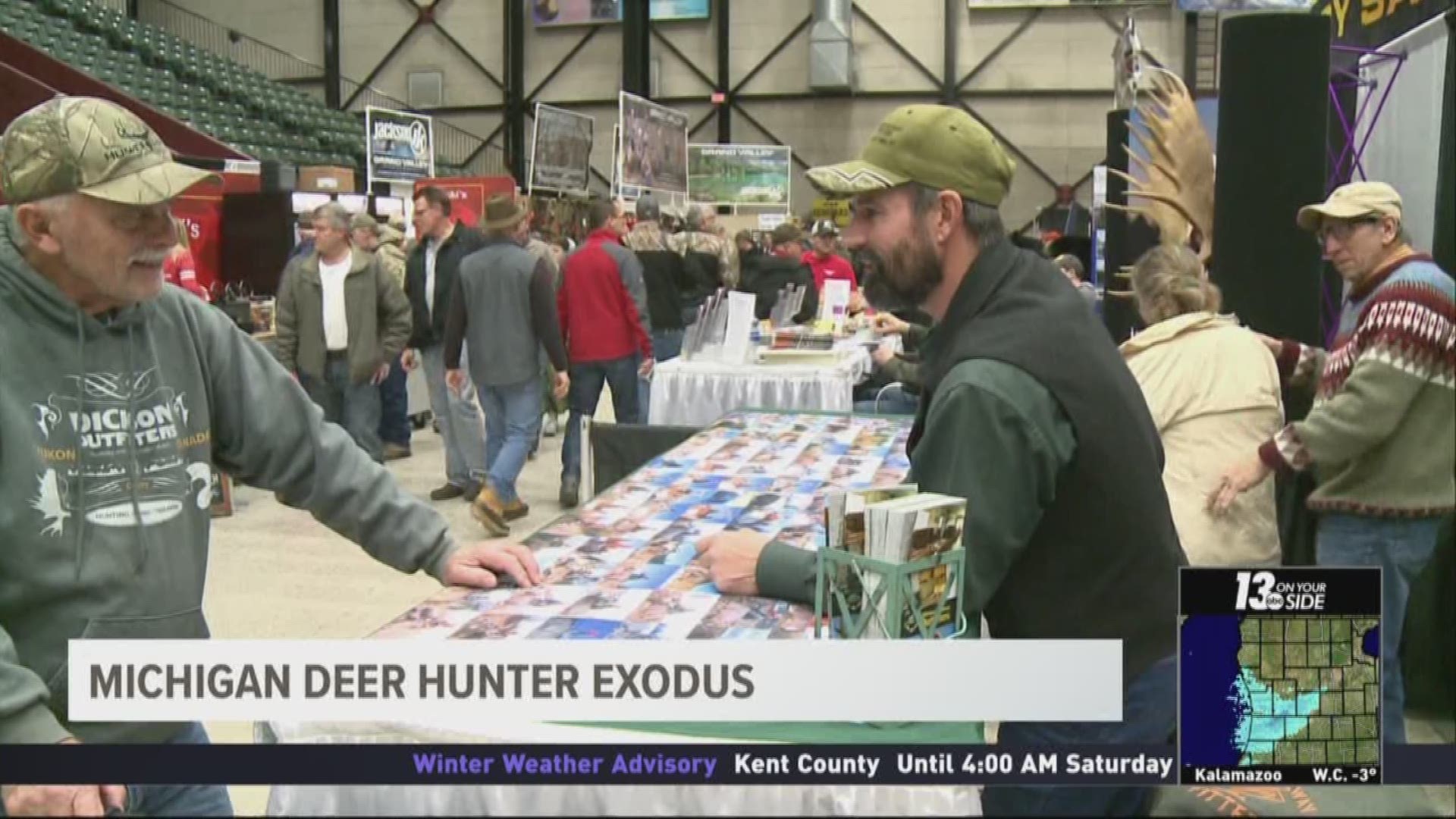 GRAND RAPIDS, Mich. — There are over one and a half million deer in Michigan, but more and more hunters are traveling to other states looking for white tail trophies.

“I’m going to Nebraska,” says hunter Bryan Crots. “I want the big rack. I’m tired of shooting the little ones. I want the big ones.”

Hunters traveling to other states and Canada say there aren’t enough older males with big antler racks in Michigan.

“What drives most hunters these days is big bucks,” says hunter Lincoln Rohn.

At the Huntin’ Time Expo at the Delta Plex in Grand Rapids some hunters are booking trips to go elsewhere to find what they call a “trophy buck.”

"We go to Missouri for the opening of deer season down there," says hunter Greg Weaver.

Hunters say mature males are relatively scarce in Michigan because the Department of Natural Resources has relaxed rules on the age, gender and the number of deer hunters can harvest to help slow the spread of Chronic Wasting Disease in the herd.

“They have found a couple of instances of Chronic Wasting Disease and then they go wipe out the deer population in that area,” explains Huntin’ Time Expo coordinator Beth Antor. “In my opinion, that is not a good idea and I think a lot of the hunters here agree with that. Better to let nature take its course.”

“Eliminating deer herds to get rid of Chronic Wasting, that has been proven over and over it is not going to make it go away,” says Russ Roberts, who offers guided hunting trips in South Dakota and Wyoming. “When you start culling deer with no regard to age or numbers you are not going to have big deer. That is the way it is.”

As part of the state’s battle against Chronic Wasting Disease, starting January 31, 2019 deer baiting is prohibited anywhere in the lower peninsula.